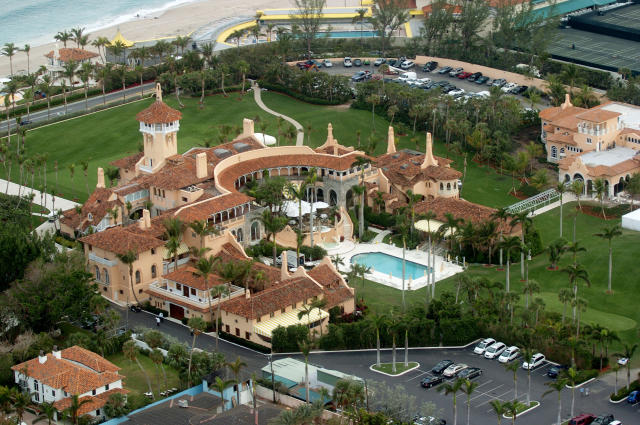 After destroying “Le Chateau des Palmiers,” Trump’s 11-bedroom mansion located on the Caribbean island of St. Martin (as well as Richard Branson’s home on his private island), the storm has South Florida in its crosshairs. And the president’s seaside resort, Mar-a-Lago, has been ordered to evacuate as Irma approaches.

Trump also owns a golf course in the Miami area. Trump National Doral Miami is an 800 acre estate with four courses, a spa, pools, and dining.

What does that mean in terms of hard dollars? “Le Chateau des Palmiers” is for sale for $16.9 million (down from its original $28 million asking price). Mar-a-Lago is valued at $20 million. The overall value of Trump Towers, Sunny Isles couldn’t be determined. And Trump National Doral had a 2016 market value of roughly $92 million, but in 2014 Trump reportedly completed $250 million in renovations to the resort.

Hurricane Irma, which is now a Category 4 storm, has killed at least 14 people after tearing through the Caribbean, including Barbuda and Turks & Caicos. It’s currently expected to hit Florida early Sunday morning.