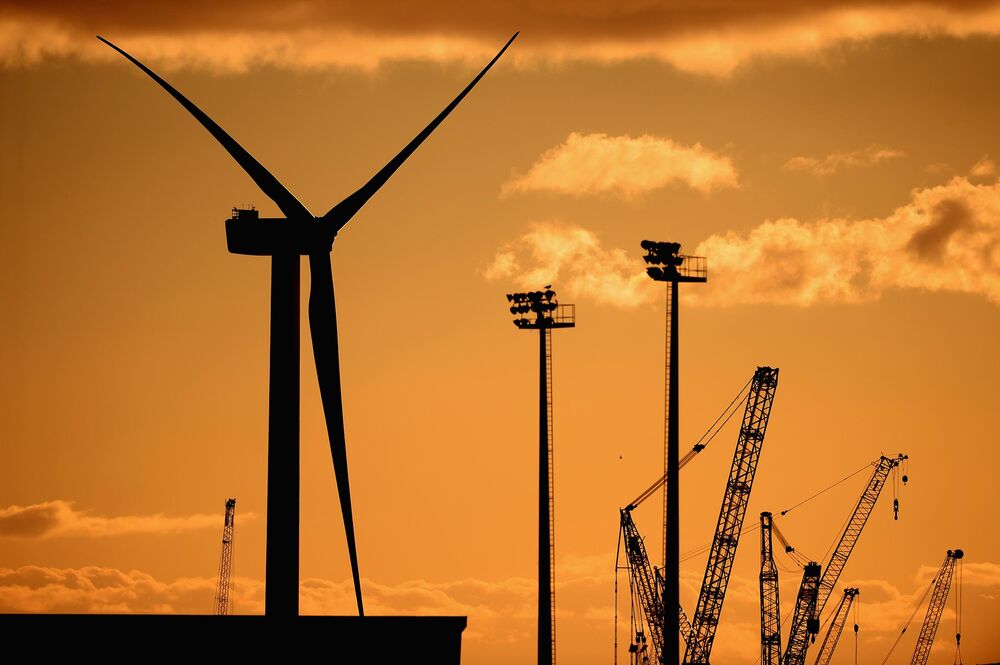 The cost of generating electricity from offshore wind farms fell sharply in the U.K. to below the price the next nuclear reactors will charge, making the form of clean energy one of the cheapest ways to supply the grid.

In a government auction that handed out power-purchase contracts worth 176 million pounds ($232 million) a year, all of the bids to build offshore wind farms and other renewable technologies were below the 92.50 pounds per megawatt-hour price awarded to the controversial Hinkley Point atomic plant due to be complete in the next decade.

Winners included the Danish utility Dong Energy A/S, with an offer of 57.50 pounds per megawatt-hour for power from its Hornsea 2 offshore wind farm, and EDP Renovaveis SA, and Engie SA, which will receive the same for their Moray Fifth East project. Environmental and renewable-energy groups said the 50 percent plunge in the cost of power from turbines sited in the sea indicates that clean-energy technologies are quickly rivaling traditional forms of generation without heavy subsidies.

“This is a breakthrough moment for offshore wind,” Matthew Wright, managing director for Dong in the U.K. said in a statement. “It will also deliver high quality jobs.”

This was the U.K.’s second contracts-for-difference auction, where would-be developers compete for projects by bidding the price it would be willing to accept for its electricity. The contest was for “less-established technologies” such as offshore wind, tidal and anaerobic digestion.

The power-purchase agreements are fixed for 15 years with a CfD mechanism. If the wholesale rate is lower than the set price, the government pays the developer the difference. If it’s higher, the company reimburses the state. Wholesale power prices in the U.K. have averaged about 47 pounds per megawatt-hour over the past year.

The government said the contest indicated it’s succeeding in drawing in investment needed to replace aging power plants with low-pollution forms of generation.

“We’ve placed clean growth at the heart of the industrial strategy to unlock opportunities across the country, while cutting carbon emissions,” said Richard Harrington, minister for energy and industry. “The offshore wind sector alone will invest 17.5 billion pounds in the U.K. up to 2021 and thousands of new jobs in British businesses will be created by the projects announced today.”

Other developments that received contracts included two biomass facilities and six advanced conversion technologies, including waste to energy, according to a statement from the Department of Business, Energy and Industrial Strategy. Innogy SE and Statkraft AS also won accords for their Triton Knoll offshore wind farm, although with a higher bid than Dong’s.

All of the 11 selected projects, which will total 3 gigawatts of capacity, were cheaper than the price fixed for the controversial nuclear plant at Hinkley Point. The most expensive was 19 percent cheaper and offshore wind is now over a third less.

As the renewable energy becomes more affordable, the government’s decision on the new nuclear project may come under additional scrutiny. It was approved in September 2015 and developer Electricite de France SA has increased the cost estimate from 18 billion pounds to more than 20 billion pounds.

The offshore wind industry by contrast has seen its costs plunge as the capacity of its turbines doubled since 2007. It’s set to double again by 2020, driving down costs further, according to research by the environmental group Greenpeace.

“We are witnessing a revolution in U.K. energy,” said Hannah Martin, head of energy at Greenpeace in the U.K., which has spent decades opposing nuclear energy. “The government needs to seize the opportunities of this great deal.”

Until last year, developers offshore wind developers in Europe were targeting to reduce their costs to 100 euros a megawatt-hour by 2020. This target was broken by Dong Energy in July 2016, while an April auction in Germany yielded three projects that will require zero subsidy once they’re completed in the next few years.

The U.K. auction didn’t result in projects as cheap as in Germany partly because the government in Berlin pays the cost to connect wind farms to the national electricity grid. Britain requires developers to cover those costs, so the companies contend that their projects need to be paid a higher price to make money.

“The level of upfront government enablement is higher in some European markets, site selection to some upfront development costs are not shouldered by equity sponsors, leading to a lower cost of capital,” said Rob Marsh, head of renewables at law firm Norton Rose Fulbright LLP. “Water depth is another factor as well.”