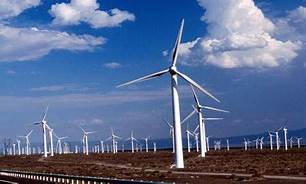 The American political system has somehow produced one major political party where nearly every single elected member has decided this is something that is just not happening or if it is, who cares?

How we will explain that in the future will probably not fit on a commemorative plaque.

The American political system has somehow produced one major political party where nearly every single elected member has decided this is something that is just not happening or if it is, who cares? How we will explain that in the future will probably not fit on a commemorative plaque.Watch Rachel Maddow Show clips at MSNBC.com/Rachel

Posted by The Rachel Maddow Show on Tuesday, August 20, 2019

The Breakdown posted an episode of a Show.

Bold Nebraska's Jane Fleming Kleeb gives an update on today's Nebraska Supreme Court decision on the Keystone XL pipeline, and our collective next steps. #NoKXLAdd your name to the #NoKXLpledge: bit.ly/nokxlpledge

What If You Could Upload Your Brain?

Attack on the Middle Class

Hong Kong knows how to protest! 😲

Someone created this timelapse of the 6.16 protest in Hong Kong and it shows you the immensity of the crowds that showed up.

Student Debt in the U.S. Reaches an All-Time High