Harvey spells it out: markets alone won’t protect you 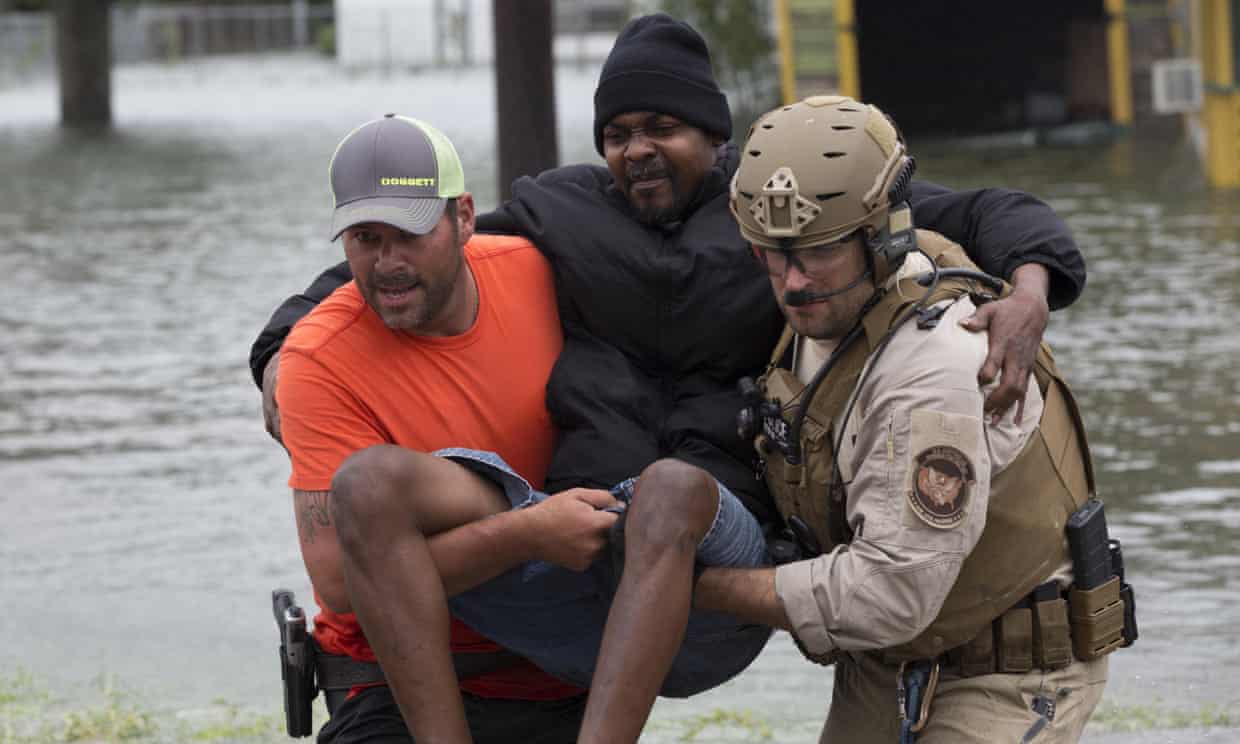 Tropical Storm Harvey has left in its wake upended lives and enormous property damage, estimated by some at $150 to $180 billion. But the storm that pummeled the Texas coast for the better part of a week also raises deep questions about the United States’ economic system and politics.

It is ironic, of course, that an event so related to climate change would occur in a state that is home to so many climate-change deniers – and where the economy depends so heavily on the fossil fuels that drive global warming. Of course, no particular climate event can be directly related to the increase in greenhouse gases in the atmosphere. But scientists have long predicted that such increases would boost not only average temperatures, but also weather variability – and especially the occurrence of extreme events such as Harvey. As the Intergovernmental Panel on Climate Change concluded several years ago, “There is evidence that some extremes have changed as a result of anthropogenic influences, including increases in atmospheric concentrations of greenhouse gases.” Astrophysicist Adam Frank succinctly explained: “Greater warmth means more moisture in the air which means stronger precipitation.”

To be sure, Houston and Texas could not have done much by themselves about the increase in greenhouse gases, though they could have taken a more active role in pushing for strong climate policies. But local and state authorities could have done a far better job preparing for such events, which hit the area with some frequency.

In responding to the hurricane – and in funding some of the repair – everyone turns to government, just as they did in the aftermath of the 2008 economic crisis. Again, it is ironic that this is now occurring in a part of the country where government and collective action are so frequently rebuked. It was no less ironic when the titans of US banking, having preached the neo-liberal gospel of downsizing government and eliminating regulations that proscribed some of their most dangerous and antisocial activities, turned to government in their moment of need.

There is an obvious lesson to be learned from such episodes: markets on their own are incapable of providing the protection that societies need. When markets fail, as they often do, collective action becomes imperative.

And, as with financial crises, there is a need for preventive collective action to mitigate the impact of climate change. That means ensuring that buildings and infrastructure are constructed to withstand extreme events, and are not located in areas that are most vulnerable to severe damage. It also means protecting environmental systems, particularly wetlands, which can play an important role in absorbing the impact of storms. It means eliminating the risk that a natural disaster could lead to the discharge of dangerous chemicals, as happened in Houston. And it means having in place adequate response plans, including for evacuation.

Effective government investments and strong regulations are needed to ensure each of these outcomes, regardless of the prevailing political culture in Texas and elsewhere. Without adequate regulations, individuals and firms have no incentive to take adequate precautions, because they know that much of the cost of extreme events will be borne by others. Without adequate public planning and regulation, including of the environment, flooding will be worse. Without disaster planning and adequate funding, any city can be caught in the dilemma in which Houston found itself: if it does not order an evacuation, many will die; but if it does order an evacuation, people will die in the ensuing chaos, and snarled traffic will prevent people from getting out.

America and the world are paying a high price for devotion to the extreme anti-government ideology embraced by Donald Trump and his Republican party. The world is paying, because cumulative US greenhouse-gas emissions are greater than those from any other country; even today, the US is one of the world’s leaders in per capita greenhouse-gas emissions. But America is paying a high price as well: other countries, even poor developing countries, such as Haiti and Ecuador, seem to have learned (often at great expense and only after some huge calamities) how to manage natural disasters better.

After the destruction of New Orleans by Hurricane Katrina in 2005, the shutdown of much of New York City by Sandy in 2012, and now the devastation wrought on Texas by Harvey, the US can and should do better. It has the resources and skills to analyze these complex events and their consequences, and to formulate and implement regulations and investment programs that mitigate the adverse effects on lives and property.

What America doesn’t have is a coherent view of government by those on the right, who, working with special interests that benefit from their extreme policies, continue to speak out of both sides of their mouth. Before a crisis, they resist regulations and oppose government investment and planning; afterwards, they demand – and receive – billions of dollars to compensate them for their losses, even those that could easily have been prevented.

One can only hope that America, and other countries, will not need more natural persuasion before taking to heart the lessons of Hurricane Harvey.

Joseph E Stiglitz is a Nobel prizewinner in economics, professor at Columbia University, a former senior vice-president and chief economist of the World Bank, and one-time chair of the US president’s council of economic advisers under Bill Clinton