The U.S. House of Representatives voted overwhelmingly to begin impeaching trump ! Not one single republi-con took their oath to the constitution seriously ! Not surprising but very disappointing. We’ll see how they vote after the overwhelming evidence is presented to the American public. John Hanno
Stephanie Ruhle Fans
October 30, 2019

Lord Cromwell could have just as easily been talking about Republicans in the Senate and the House of Representatives.

From the lips of Captain America himself !!

Chris Evans has got it right.

He decided on walking around Lake Michigan for 42 days, and creating a Facebook page where he could post daily updates about the cause.

On Sunday, Snyder finished his walk with 810 miles under his belt and more than 3,500 people following his journey on Facebook.

“I’m still getting messages and phone calls from people who just want to talk and share their story,” Snyder said. “Just when I think I understand the magnitude, I learn more.”

During his walk, which he began in Manistee, Michigan, he averaged about 20 miles per day.

He planned to sleep outside each night, but was stunned by the acts of kindness that both friends and strangers offered.

“Every single day people were reaching out to support the cause whether it was a roof or a meal … I did not sleep outside once,” he said.

(MORE: This group helps family, friends of servicemembers who die by suicide cope with loss)

“I’m just glad that people have built a community together,” added Snyder, who served in Afghanistan as a corporal from October 2017 to April 2018.

Just before speaking to ABC News, Snyder said he got off the phone with a woman from Michigan who lost a loved one to suicide two days before he began his walk.

He plans to keep the Facebook page open for that exact reason: so more people can reach him.

“I feel humbled and honored to share the burden of those who are still healing from losing a loved one or feeling the pain of someone going through challenges that they’ve been facing,” he said.

The Israeli soldiers in the photo are the granddaughters of the 4 women at the front of the line at a Nazi concentration camp. 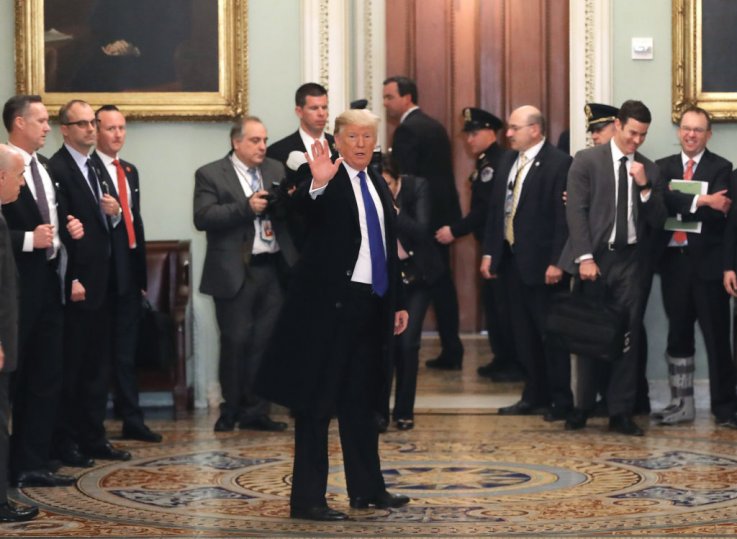 Veterans Against the GOP

Wild Goat in hot water for posting a photo on Twitter of himself after killing an American trophy hunter on a remote Scottish Island.

When reached for comment, the goat explained: ‘Human population growth is causing alarming levels of planetary destruction. These kind of culls are necessary for population control and environmental harm reduction’. 😂