Sachs: Big Oil will have to pay up, like Big Tobacco

Jeffrey Sachs is a professor and director of the Center for Sustainable Development at Columbia University. The opinions expressed in this commentary are his.

(CNN)Here is a message to investors in the oil industry, whether pension and insurance funds, university endowments, hedge funds or other asset managers: Your investments are going to sour. The growing devastation caused by climate change, as seen this month in Texas, Florida and the Caribbean, are going to blow a hole in your fossil-fuel portfolio. 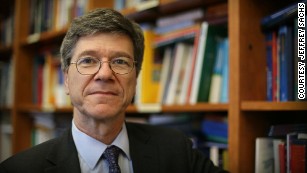 Not only will the companies you own suffer as society begins to abandon fossil fuels in earnest, they will also be dragged through the courts here and abroad for their long-standing malfeasance and denial of what they have done to the world.

Climate change deniers, mainly politicians in the pay of the oil industry, protest that there is no proof that destructive storms and floods are the result of human-induced global warming. Who can say that a Hurricane Harvey or Irma wouldn’t have occurred in the past?

Such a defense — the cynical shrug — will not play for much longer, either in the court of public opinion or in courts of law in the United States and abroad. The risks of climate-related disasters are real and rising, and soon it won’t matter politically or legally that any particular event might have occurred even without human-induced global warming.

The issue is of probability, not certainty. Of course, there have been weather-related disasters in the past. But global warming makes us more vulnerable to these events. Scientists emphasize that hurricane damage, for example, may rise for three reasons: higher sea levels (due to warming) cause larger storm surges; warmer oceans add energy to hurricanes; and warmer air holds more water vapor that can cause torrential downpours. 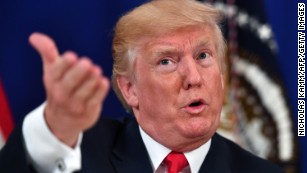 Trump is not changing view on climate change.

Insurance companies know that climate risks are rising, scientists know it, and an increasing number of investors know it. And more of the general public knows it, too.

In climate science, the link between specific events like Harvey and Irma and the general rise in risk due to global warming is called “attribution.” It’s a problem we grapple with in many contexts. When a miner gets lung disease, a homeowner with asbestos insulation develops a rare cancer, or a smoker succumbs to lung cancer, we can never be sure that the particular case was linked to coal dust, asbestos or cigarettes.

But the courts have been ready to read the probabilities, and hold companies liable for damages when the likelihood of causation is high enough.

The courts have also linked liability with the standard of care exercised by the defendant. When a company understands the risks but ignores them, or even worse, lies about them, the court or jury is far more likely to agree to a large claim.

The tobacco companies relentlessly misled the public about their products. Some oil companies have done the same about climate change. ExxonMobil, for example, knew internally for decades that its products contribute to global warming, according to a peer-reviewed Harvard University study published last month, but publicly downplayed the linkages and the resulting risks (Exxon denies this).

The Koch brothers, owners of refineries and oil pipelines, have manufactured doubts about climate science and spent vast sums to oppose decarbonization policies and to elect politicians to do the same. 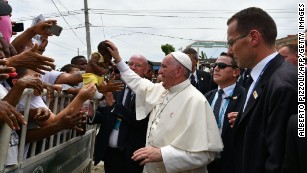 But the science of climate attribution is rapidly becoming more sophisticated, leaving the oil industry more exposed than ever.

The project is now analyzing whether human-induced global warming raised the likelihood of the rainfall brought by Harvey.

American politics has long been manipulated by Big Oil, with massive campaign financing as well as backroom lobbying not seen by the public. The federal government and oil states like Texas have been as derelict as the companies, and could well find themselves also as defendants in cases brought by Americans and others who are hit by climate disaster.

Many Caribbean islands were devastated by Irma, and their leaders are appealing for aid. Soon, the cries around the world will change to a call for “compensation” or “civil damages” instead of just aid.

When climate justice comes — and it will — those who have been in denial will pay a heavy price. And those who have invested in companies that behaved recklessly and irresponsibly will share the heavy losses on that day of reckoning.