Whenever there’s a hurricane, or any kind of disaster that causes power outages, impacted individuals are generally quick to talk about the energy companies as giant abstract entities that never work fast enough to get the lights back on. In fact, it’s up to the people, such as Duke Energy lineman Jim LeBlanc, to get in their bucket trucks or climb dangerous poles and physically fix those power lines. LeBlanc just missed his son’s wedding this week to get residents in Largo, Fla., back online after Hurricane Irma.

“I said, ‘Son, you’re planning your wedding in the month that’s the busiest for hurricane season here,’” LeBlanc, who lives in Raleigh, North Carolina, tells Yahoo Style. “When he set up the date, it was for the time I was going to be out of town, and I said, ‘Good luck. Let me know how things work out. I’m sorry I can’t be there.’ 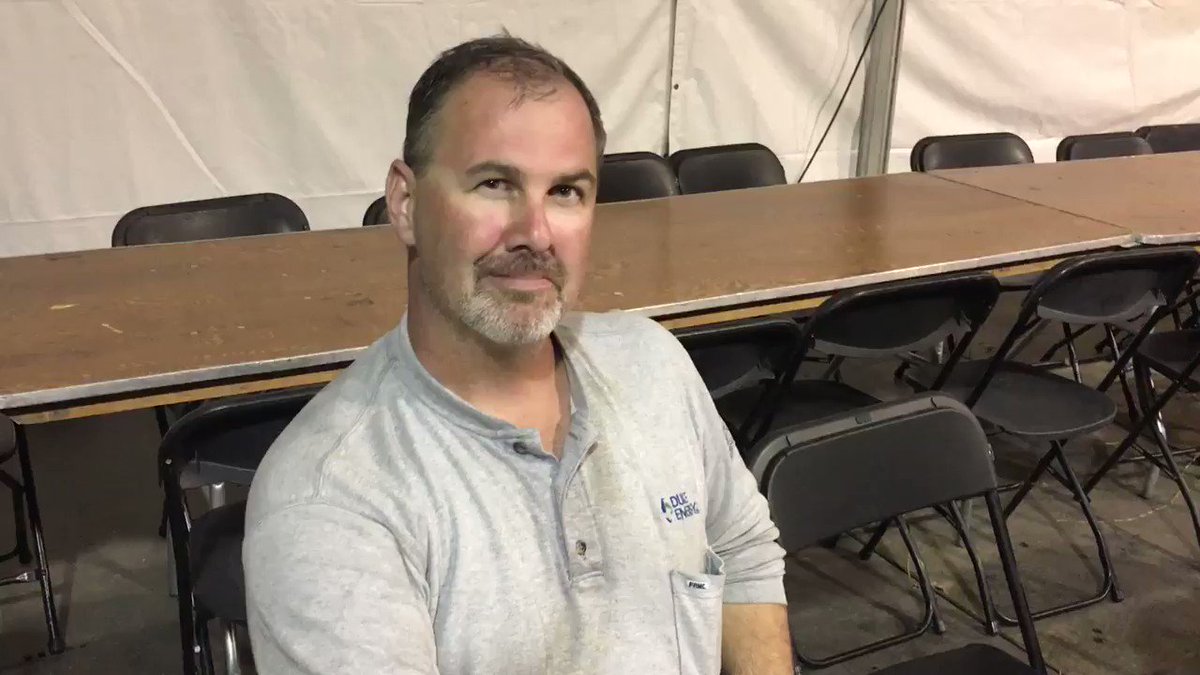 In the initial aftermath of Irma, about 6.8 million people were without power in Florida alone. By Friday, Duke Energy said that its crews had restored electricity to 1.1 million customers, with 294,000 left to go. The pressure is especially high for all utility companies to get their work done after the death of eight residents in an un-air-conditioned nursing home.

When the work on Irma began earlier this week, LeBlanc said no one knew how long they’d be in Florida, and his supervisor warned it could be more than two weeks. His son’s wife has a brother who just enlisted in the military and is going to be deployed soon, so they decided not to delay the wedding.

“I’m sorry as I can be, but we’ll celebrate whenever I get done,” LeBlanc said.

In his 16 years of working for Duke, LeBlanc has traveled to repair the damage after Katrina, Francis, Sandy, Charlie, and other big storms. There’s a rotating list of who travels to these emergency situations, and employees have the option to stay home, but LeBlanc said he never considered doing so.

“You’re either a dedicated lineman or you’re someone else,” he said. “Holidays, anniversaries, my children’s birthdays — as a lineman you celebrate it whenever you’re not on call anymore.”

Duke Energy spokesperson Jeff Brooks tweeted a video of LeBlanc on Thursday, after the wedding. After sharing a picture of the newly betrothed couple, he said, “This is why we’re here on earth, God put us here to restore power. We’re linemen, that’s what we do.”

This earned the lineman a call from Senior Vice President Michael Lewis, which is when he felt the full force of his sacrifice.

“It hit me all at one time,” LeBlanc says. “A lot of times we suppress our feelings — we’re tough guys out here working on power lines. When Michael Lewis called me, it made me pause and think, ‘What have I done to my son, now?’ I missed his wedding. I felt ashamed for a few minutes about it.”

Millions of Floridians are probably thankful that LeBlanc’s prevailing feeling seems more like pride in his work.

“I can’t sing and dance,” he admits. “I play guitar, but I’m really not that good. I don’t have any other talent, but I can do this job safely.”