After rushing through the bill, Congressional Republicans may have to re-write parts of it

After years of dishonestly whining that the Affordable Care Act was written in secret and rushed through Congress with insufficient debate, Congressional Republicans and the Trump administration cobbled together their tax legislation in December and rushed it through Congress. Now, it appears, America is paying the price for their shoddy work.

Desperate to pass the bill — which contained massive tax cuts for President Trump and the very rich, and tax increases for many poor and middle class families — with only Republican votes, the GOP majority was forced to make deals and amendments on the fly. Indeed, USA Today reported in December that the Senate actually passed its version of the bill with last-minute alterations that were “handwritten into the margins.” 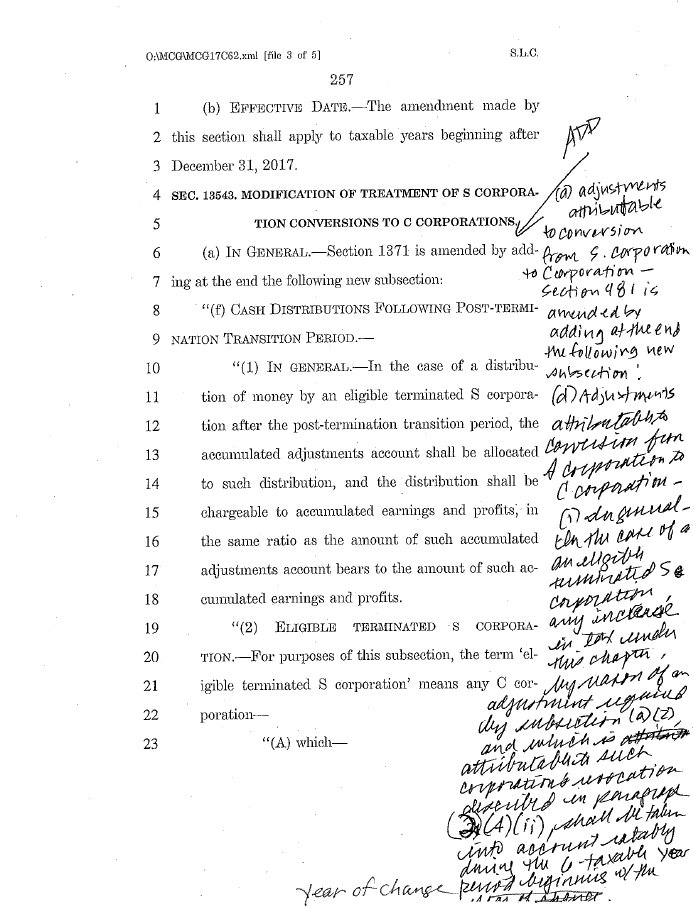 Now, the error-riddled legislation President Trump signed into law may be so problematic that it may need to be re-written, the New York Times reported on Sunday. “Companies and trade groups are pushing the Treasury Department and Congress to fix the law’s consequences some intended and some not, including provisions that disadvantage certain farmers, hurt restaurateurs and retailers and could balloon the tax bills of large multinational corporations,” the paper reported. Even the pro-GOP U.S. Chamber of Commerce wrote to the Treasury Department on Thursday raising concerns about ambiguities in the legislation.

One problem, known as the “grain glitch,” is that the bill contained a massive deduction for farmers who sell to cooperatives, but offers no such deduction if they sell their crops to independent agribusinesses.  Another drafting error in the bill means that restaurants and retailers who do renovations will have to deduct their costs over 39 years, instead of the intended 15 year period.

Unlike the legislation itself — which was rammed through under the budget reconciliation so as to require only 51 votes in the Senate — any legislative fixes will require some Democratic support. But Sen. Sherrod Brown (D-OH) told The Times that his party will demand substantive changes as well: “We’re not just going to sit down and fix the things they did badly because they did it in the dead of night with lobbyists at the table.”

As recently as last summer, Senate Majority Leader Mitch McConnell (R-KY) published a “flashback” document listing a series of out-of-context newspaper quotes to demonstrate that Obamacare was the result of a “‘secret’ closed door” process. And McConnell and House Speaker Paul Ryan (R-WI) have steadfastly blocked even bipartisan efforts to make technical fixes to that legislation.