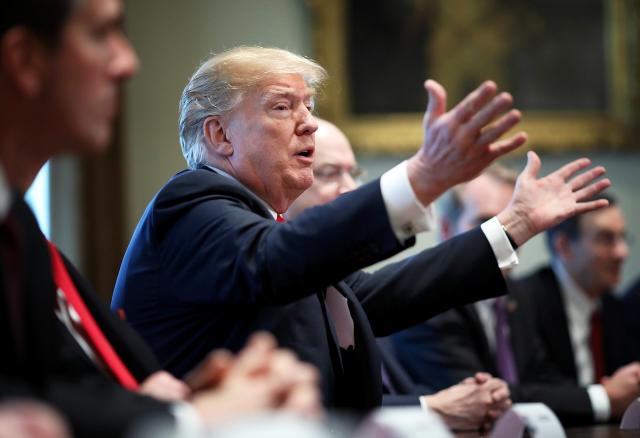 No, it’s not normal.

At the outset of Donald Trump’s administration, various theories arose as to why the White House could not pivot out of a state of permanent chaos. And while it is true that many of the intra-office clashes seemed inseparable from the fact that a hodgepodge of political neophytes with caustic personalities were now attempting to form coherent policy, it also became increasingly apparent that the problem stemmed from the boss, himself, whose Thunderdome-inspired approach to management has fueled the highest West Wing burn-rate in modern history. Now, Trump’s organizational dysfunction, which crescendoed over the last month, appears to be reaching an apex—or, at least, a new plateau of zaniness.

On Tuesday, CNN reported that Trump is covertly supporting Anthony Scaramucci’s regular tirades against Chief of Staff John Kelly, during which he recently called Kelly such charming names as “General Jackass” and blamed him for staffers’ low morale. Trump has reportedly “emboldened” the Mooch to continue the attacks, which he apparently follows on cable TV. At the same time, Trump dismissed the suggestion that the White House is eating itself alive at his direction, describing the rapid turnover as evidence of “tremendous energy” and “tremendous spirit.” “It is a great place to be working. Many, many people want every single job,” he told reporters Tuesday. “Believe me, everybody wants to work in the White House. They all want a piece of that Oval Office, they all want a piece of the West Wing.”

During the White House press briefing Wednesday, Sarah Huckabee Sanders also defended the turnover as “not abnormal.” When a reporter pushed back—“If this is not the definition of chaotic, how would you describe what’s happening in these recent weeks?”—Sanders pointed to the economy, “jobs,” military successes against ISIS, and “the remaking of the judiciary,” which she called historic. “Sounds like a very functioning place of business to me.”

Other people who have worked in the West Wing seem to feel otherwise. Less than a week ago, both Josh Raffel and Hope Hicks, a senior communications official and the communications director, respectively, announced their resignations, citing a desire to return to their families. Earlier that month, Reed Cordish, an assistant, announced that he would leave to return to his family’s real-estate business, and staff secretary Rob Porter, stepped down in the face of allegations that he had abused his ex-wives (Porter has denied the claims). And, less than two hours after Trump bragged about the size of his applicant pool, Gary Cohn, his beleaguered national economic adviser, announced that he, too, would depart “in the coming weeks.”

That list doesn’t include the 34 percent of Trump staffers who were either fired, resigned, or reassigned in 2017. But it does highlight the very real problem Trump continues to have in hiring and keeping talent, a task made more difficult by the delight he takes in starting fires. “I like conflict. I like having two people with two points of view,” Trump said during the Tuesday presser. “I like watching it, I like seeing it.” His lust for conflict, however, has taken a toll on the White House, where the attrition rate is so bad that in a recent reshuffle, senior administration official Johnny DeStefano was asked to take charge of the Office of Public Liaison, the Office of Intergovernmental Affairs, and the duties of the recently departed deputy chief of staff—all while retaining his original job as the head of the Office of Presidential Personnel, overseeing (irony of ironies) the White House hiring process.

Trump, for his part, seems content to gloss over the sky-high burn rate. “The new Fake News narrative is that there is CHAOS in the White House. Wrong!” he tweeted Tuesday morning. “People will always come & go, and I want strong dialogue before making a final decision. I still have some people that I want to change (always seeking perfection). There is no Chaos, only great Energy!” If that “energy” continues to repel talent, however, the consequences could be dire. “With Gary gone, I just think, from a policy perspective, it means disaster,” one White House official told Politico. “The number of bad ideas that have come though this White house that were thankfully killed dead—there are too many to count.”