The Trump doomsayers might turn out to be right 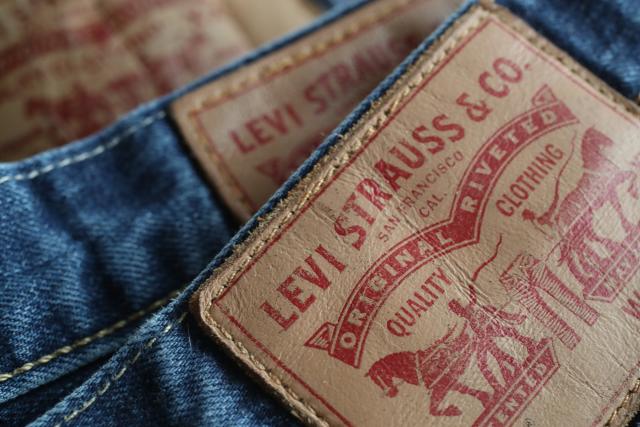 In this photo illustration Levi’s 501 blue jeans by U.S. clothing manufacturer Levi Strauss are seen on March 8, 2018 in Berlin, Germany. U.S. President Donald Trump has promised to sign into law tariffs on imported steel and aluminum today and the European Commission has vowed to retaliate with tariffs on Levi’s jeans, Kentucky bourbon and Harley-Davidson motorcycles. (Photo by Sean Gallup/Getty Images)

During the 2016 election season, many analysts and prognosticators (including me) predicted the economy would tank if voters elected Donald Trump president. They turned out to be wrong.

Or were they just premature?

Developments over the next several months will provide some important clues. During his first year in office, Trump presided over a strengthening economy and booming stock market, due in part to the sharp cuts in business taxes Trump promised—then delivered. Employers added 2.1 million jobs during Trump’s first 12 months in office. The S&P 500 stock index rose 25%.

But stocks are now wobbling, and economists are warning of new dangers to the economy—thanks largely to Trump. Among the campaign promises Trump has yet to fulfill are new tariffs on imported goods, which, to Trump’s mind, are necessary to revive the U.S. manufacturing sector. So Trump now to plans to impose tariffs of 25% on all imported steel and 10% on all imported aluminum.

It’s hard to find an economist who thinks this is a good idea. The real question is how bad, and how dangerous, Trump’s tariffs might be. Nations affected by the tariffs are almost certain to retaliate with tariffs of their own on American exports. If that’s where it ends—trading partners doing nominal damage to each other’s economies, for purely political reasons—the economy will adapt. But if broader trade wars break out, with whole new classes of tariffs on a wide range of products, markets seem likely to heave, and business likely to slow or halt investment until it all sorts itself out.

Trump seems unconcerned, for now. But it’s worth pointing out that the stock market is flat for the year, which is pretty unusual given that the tax cuts are expected to generate record corporate profits. Markets are adjusting to the possibility of slightly higher inflation, and most forecasters still think stocks will end handsomely higher in 2018. But that confidence dims with every tweet and utterance from the White House indicating Trump’s fondness for tariffs and his belief that “trade wars are good.”

Many forecasters—including Moody’s Analytics, Oxford Economics, Citibank and Macroeconomic Advisers—predicted the economy would quake, and stocks fall, if Trump won. But those analyses were based on Trump doing what he said he was going to do, which Trump hasn’t, so far. As a reminder, while campaigning, Trump said he’d imposed tariffs of 45% on all imports from China and 35% on imports from Mexico. Trump hasn’t done either of those things, so far, but he’s now testing the waters on tariffs for the first time, with his proposed steel and aluminum duties. Trump also said he’d revamp the North American Free Trade Agreement, or withdraw from it completely (work in progress, outcome unknown). And he vowed to kick 11 million undocumented immigrants out of the country and reduce the number of legal immigrants (also works in progress).

When economists tried to estimate how those policies, if enacted, would affect the economy, the outlook was gloomy. Moody’s Analytics found that the economy would enter a recession starting in 2019 and lose 2.8 million jobs that year alone. Oxford Economics predicted Trump’s plan would cost the economy 4 million jobs and slash $1 trillion in economic output. Citibank said a Trump victory would induce a global recession.

None of that carnage has occurred. But the main reason it hasn’t is that Trump has only done things that stimulate the economy, so far. He hasn’t done things he called for while campaigning that are likely to depress the economy—until now.

The nonprofit group Trade Partnership analyzed Trump’s metal tariffs and found they’d generate 33,000 new jobs in steel and aluminum, but kill 179,000 jobs in other industries, because of the higher prices manufacturers buying those metals would have to pay. So a net loss of 146,000 jobs, just from two tariffs. That doesn’t include any ramifications of retaliatory tariffs by trading partners.

Does Trump want to institute two tariffs just to check off a campaign promise? Just to keep faith with deplorables who expect him to sucker-punch the globalists? Maybe. It’s possible Trump will get his tariffs, downplay the damage when partners retaliate, declare victory and call it a day. Trump could also impose the tariffs but then announce exemptions for a variety of trading partners, diluting the damage. If there isn’t much bite to accompany the bark, markets will quiver but probably recover, and 2018 might end nicely.

But Trump might also feel emboldened, and follow his steel and aluminum tariffs with a major rewrite of NAFTA, or even a withdrawal. Then we’d be getting closer to the doomsday scenarios Trump critics were painting during the later days of the 2016 election. Trump seems to think he can dismantle trading regimes and put them back together on more favorable terms. But even if that’s possible, there will almost certainly be a painful interim period when markets, allergic to unpredictability, price in the worst. If Trump gets his trade wars, he might end up making his critics look pretty smart.

What Trump is missing on jobs

Why Trump’s tariffs are a “complete sham”

Trump is picking winners and losers

The real reason the NRA wins

Rick Newman is the author of four books, including Rebounders: How Winners Pivot from Setback to Success.