Puerto Rico’s Contract With Whitefish Is As Bad As It Looks, Say Experts 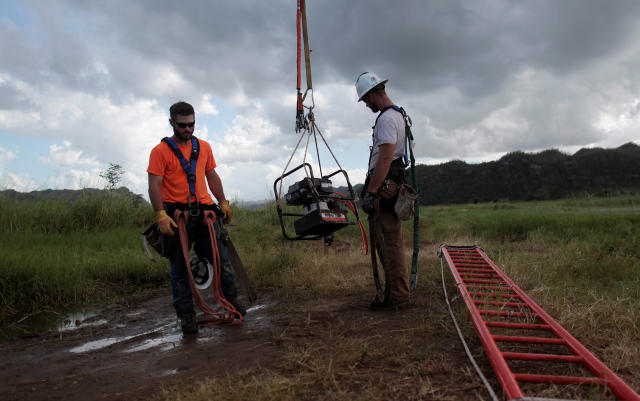 WASHINGTON ― Something does not look right with the contract the Puerto Rican government signed last week with Whitefish Energy Holdings to restore the island’s power.

Never mind that the massive $300 million contract went to Whitefish, a two-year-old firm based in Interior Secretary Ryan Zinke’s Montana hometown that had just two full-time employees when Hurricane Maria hit the island.

There’s language in the contract ― a full copy is here ― that looks like Whitefish is about to screw over the government and the people of Puerto Rico as they struggle to recover from the devastation of the hurricane. Even Puerto Rico Governor Ricardo Rosselló is concerned with PREPA’s deal. On Sunday, he called for canceling the contract with Whitefish.

For one, the contract, which Whitefish signed with the government-owned Puerto Rico Electric Power Authority, or PREPA, states that, “In no event shall [government bodies] have the right to audit or review the cost and profit elements.” That gives Whitefish an incredible amount of discretion and privacy over how it uses $300 million in American taxpayer money.

The contract also “waives any claim against Contractor related to delayed completion of the work,” which means the government can’t do much if Whitefish drags out its work restoring electricity to the 3.4 million Americans living on the island. It’s been more than a month since the hurricane destroyed Puerto Rico’s infrastructure and 80 percent of people still have no power ― a particularly precarious reality for hospitals that have been relying on temporary generators to keep people alive.

But what do we know about contracts? Maybe this is standard language for these kinds of agreements. HuffPost reached out to some experts in government contracting to see if this is as bad a deal for Puerto Rico as it sounds. The answer was a resounding yes.

“Outrageous,” said Charles Tiefer, a professor of government contracting at the University of Baltimore law school.

“The clause that shields the contractor from audit or review is a red flag of overcharging,” said Tiefer. “The contractor works for PREPA, not the other way around. I can’t imagine how any responsible government official could put such an anti-audit clause into a government contract.”

Anthony Varona, a professor and vice dean at American University’s Washington College of Law and an expert in contracts law, said it is “entirely inappropriate” for a private contractor to prevent the government from auditing how taxpayer money was spent.

“The prohibition as written in this agreement is a blatant attempt to blindfold and tie the hands of the government officials responsible for overseeing the contract’s performance,” said Varona. “It strikes me as an open invitation for fraud and abuse.”

There are other concerning details in the contract, like the high rates Whitefish is charging for labor. The company is paying $240 an hour for a general foreman and $227 for a lineman. For some context, the U.S. Bureau of Labor Statistics says first-line supervisors of construction sites make about $43 an hour and construction laborers make about $23 an hour.

Whitefish is also paying for expensive food and lodging for its employees. The contract states that each person can spend nearly $80 a day for meals and $332 a day for lodging. Flights for employees are being billed at $1,000 each way.

Steve Schooner, a former high-ranking government contracting official who currently teaches government contracts at George Washington University, said the Whitefish contract gives him great material for his upcoming classes because there’s so many problems with it.

“The contract ― both the process and the content ― rivals, and in some ways exceeds, some of the best final exams I’ve written for my students over the last two decades,” he said.

Requests for comment from PREPA and from Whitefish were not returned.

Not everyone said the contract was stunningly out of the ordinary. Scott Amey, general counsel for the Project On Government Oversight, wrote a blog post about why he thinks the contract is concerning but mostly normal, given bigger problems that happen with many federal contracts.

Still, he told HuffPost that it’s “odd” that the contract gives Whitefish the ability to delay its work without any accountability. He said the company could use that clause to prolong its work so it gets paid the entire $300 million ― and then could push to extend the contract for even more money.

“Damage provisions often are included to incentivize the work’s completion,” he said. “Waiving claims could jeopardize the completion of the work in the agreed on one-year term.”

As fishy as it looks that a tiny company in the Montana hometown of the U.S. interior secretary landed such a big contract, Zinke insists he had nothing to do with it.

Tiefer, for one, said the facts aren’t out yet but it’s clear something “went very wrong” with the way this was awarded.

“Let’s put it this way,” he said. “Whitefish didn’t make the shortlist because of a world class reputation.”