As globe warms, Trump doubles down on fossil fuels

First the Paris climate accord. Now the Clean Power Plan: Our view 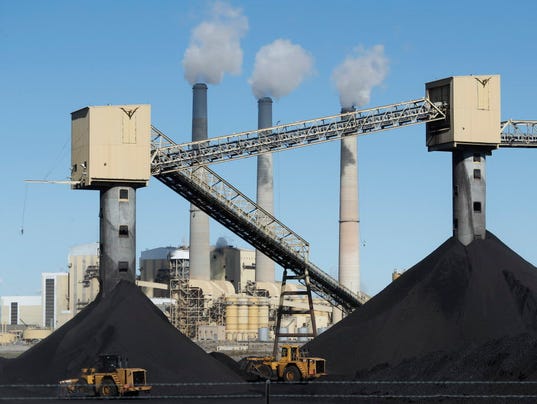 As if any more evidence were needed that climate change is making extreme heat more likely, take a look at what happened in Southern California last week. On Tuesday at Dodger Stadium, the first-pitch temperature for the opening game of the World Series was a record-shattering 103 degrees. The same day, two other locations hit 108, matching the hottest weather the nation has seen so late in the year.

And how is the Trump administration responding to these flashing-red warning signs of global warming on the West Coast and elsewhere around the world? By systematically dismantling the Obama administration’s environmental initiatives.

Just five months ago, President Trump broke with nearly 200 other countries in taking the U.S. out of the Paris climate agreement, a stunning move given that the accord regulated nothing, relying only on peer pressure and transparency to limit greenhouse gas emissions. Nicaragua recently joined the Paris pact, leaving the United States and war-ravaged Syria as the odd nations out.

Now the Trump administration is turning its attention to gutting the Clean Power Plan, the 2015 Obama initiative aimed at curbing greenhouse gases from energy plants. This latest effort to kill the Clean Power Plan demonstrates sheer contempt for laws governing clean air and the benefits of environmental regulation.

Power plants generate about a third of the 6 billion tons of carbon dioxide America pumps into the atmosphere each year. The Clean Power Plan offered a reasonable pathway to reducing these emissions by a third by 2030, giving each state flexibility to reach that goal. The plan was the next best idea to a market-based carbon tax that would be rebated to consumers.

Yes, it would undoubtedly result in less burning of coal, the dirtiest fuel. But coal was already in decline — with or without new environmental regulations — as utilities embraced cleaner-burning natural gas and alternatives such as wind and solar.

U.S. coal mining jobs have fallen to fewer than 77,000, while those in renewable energy have hit 800,000 and keep increasing. Some of the nation’s largest power companies this month shrugged off Trump’s regulatory rollback, arguing that clean energy has proved to be good business and vowing to keep reducing emissions.

The Supreme Court narrowly voted last year to temporarily block implementation of the plan amid challenges that it represented regulatory overreach. An appellate panel can still reach a decision and should do so.

Regardless, the Environmental Protection Agency remains compelled by law to significantly reduce carbon dioxide. A 2007 Supreme Court ruling established the gas as a pollutant and subject to reduction if EPA found it a danger to public health. The EPA made such a finding two years later, courtesy of a mountain of scientific evidence.

If there’s any good news, it’s that the Clean Power Plan — or some similar action to significantly reduce greenhouse gases gushing from the nation’s electricity sector — is likely to survive this effort at sabotage. But that might take years of bureaucratic and legal wrangling, consuming precious time as the planet grows warmer.

USA TODAY’s editorial opinions are decided by its Editorial Board, separate from the news staff. Most editorials are coupled with an opposing view — a unique USA TODAY feature. To respond to this editorial, submit a comment to letters@usatoday.com.