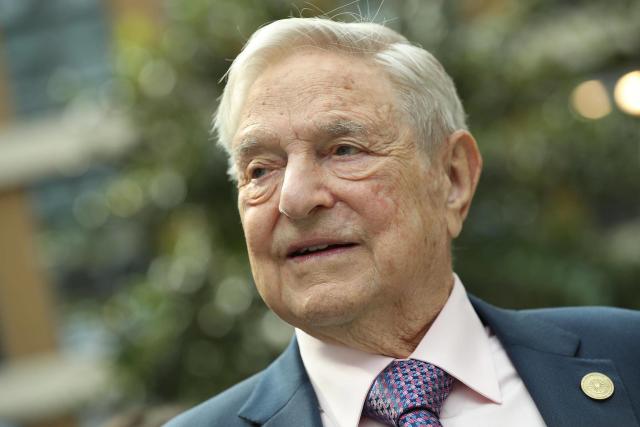 More than 400 wealthy Americans have asked Congress to reject the Republican tax plan that is predicted to decrease their taxes.

“As you consider changes to the tax code, we urge you to oppose any legislation that further exacerbates inequality,” says a letter signed by billionaire financier George Soros, former American Airlines chief executive Robert Crandall, and others who are in the top 5 per cent of the US economy by income or wealth.

The publication of the letter was a joint effort by United for a Fair Economy’s Responsible Wealth project and Voices for Progress – two national groups of wealthy individuals who advocate for progressive policies.

The House of Representatives is expected to vote on a measure this week that they say will “deliver real tax relief to Americans across the country – especially low- and middle-income Americans.”

Congress’s Joint Committee on Taxation has predicted that the tax cuts for lower- and middle-income earners would diminish over the course of a decade – more so than they would for high-income taxpayers.

Some also expect the lower taxes to translate into less government revenue that can be spent on social safety net programs.

“Tax reform should be, at a minimum, revenue neutral—without using gimmicks like dynamic scoring,” the letter reads. “We are deeply concerned that revenue loss would lead to deep cuts in critical services such as education, Medicare and Medicaid, and would hamper our nation’s ability to restore investments in our people and communities.”

House Republicans are currently having trouble dealing with the total cost of their bill, which has surpassed the $1.5 trillion price tag they were permitted to have under budget rules.

Since Republicans are using a legislative process known as reconciliation – meaning they can push a bill through Congress without any support from Democrats – they must keep the cost of the bill to $1.5 trillion over 10 years.

The high-earners’ letter added that the tax plan would “disproportionately benefit wealthy individuals and corporations” by eradicating the estate tax – which only affects a few thousand uber-wealthy families each year – getting rid of the alternative minimum tax and slashing the top pass-through tax rate.

The alternative minimum tax is designed to prevent tax avoidance.

“This proposal would mean wealthy people could pay a lower tax rate than many middle-class families and transfer massive inheritances to their heirs tax-free,” the letter says. “Such proposals that benefit the wealthy would exacerbate the current wealth disparity in the U.S. where the top 1% of households hold 42% of the wealth.”

President Donald Trump has promised that his administration will give Americans a tremendous tax cut for Christmas.

So far, only a handful of House Republicans have openly opposed the tax proposal, suggesting that the party’s leadership has the 218 votes needed to pass the measure.

But even if the bill is approved by the House this week, there is an ocean of differences between the House proposal and the Senate’s tax rewrite that would need to be reconciled before any measure could head to the President’s desk to be signed into law.

The Senate’s Republican leadership is also expected to face a harder time passing a tax proposal than the House’s.