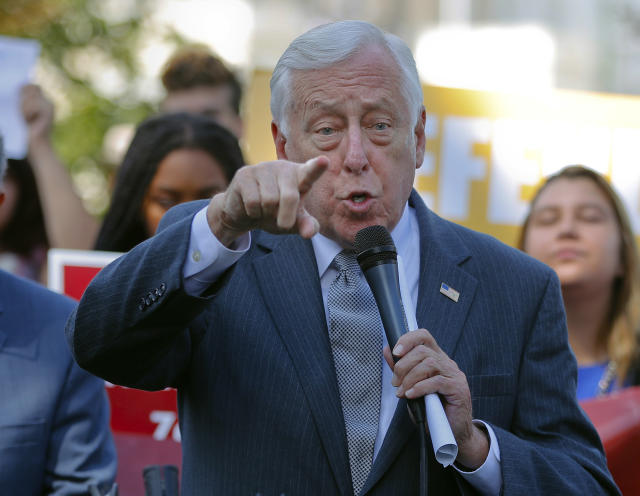 If the House GOP tax plan passes, it is projected to cut revenue significantly, likely increasing the deficit by $1.456 trillion from 2018 to 2027, according to the Joint Committee on Taxation and Congressional Budget Office (CBO).

With a number that large, Congress’s “pay as you go” rules that prevent unchecked spending would fall into place, a move that could cut Medicare’s budget by as much as $25 billion for 2018.

In a letter to House minority whip Steny Hoyer (D-MD), the CBO explained that without any more money to offset the fall in revenue, the Office of Management and Budget (OMB) would be required to issue a “sequestration order” to reduce spending in 2018 by $136 billion.

The effects of this sequestration order would trigger automatic cuts to various programs, including Medicare. According to the CBO, this could be as much as 4% for Medicare, which amounts to $25 billion in 2018. Furthermore, all non-exempt programs would be eliminated, which include some farming subsidies, border security, and student loan help. Others, like Social Security, would remain untouched.

At the same time, the tax plan’s changes to the estate and gift taxes would cut revenue $151 billion from 2018 to 2027, according to the JCT. Only 4,700 estates were large enough to be subject to the estate tax as the 2017, since the exemption is over $5 million.

Because of the rules exempting or limiting how much can be cut from certain programs, the CBO also estimated that the reductions would not make up for the need for money to pay for what Congress “bought.”

Touching Medicare has been traditionally considered explosive, and some have noted the “pay as you go” rules give Democrats leverage in the tax bill debates.

In a response to the CBO’s letter, Rep. Hoyer issued a statement, noting the broad impact beyond the deficit on the program cuts, adding that he actually wrote the “pay as you go” law, and called for a bipartisan lawmaking process.

According to the Committee for a Responsible Federal Budget, the “pay as you go rules” were passed with bipartisan support.

Ethan Wolff-Mann is a writer at Yahoo Finance.