Bill Gates, Jeff Bezos, and Warren Buffett Own More Wealth Than the Entire Poorest Half of the US Population

How can we get to a saner tax system, a more just distribution of wealth, and a healthier economy overall? 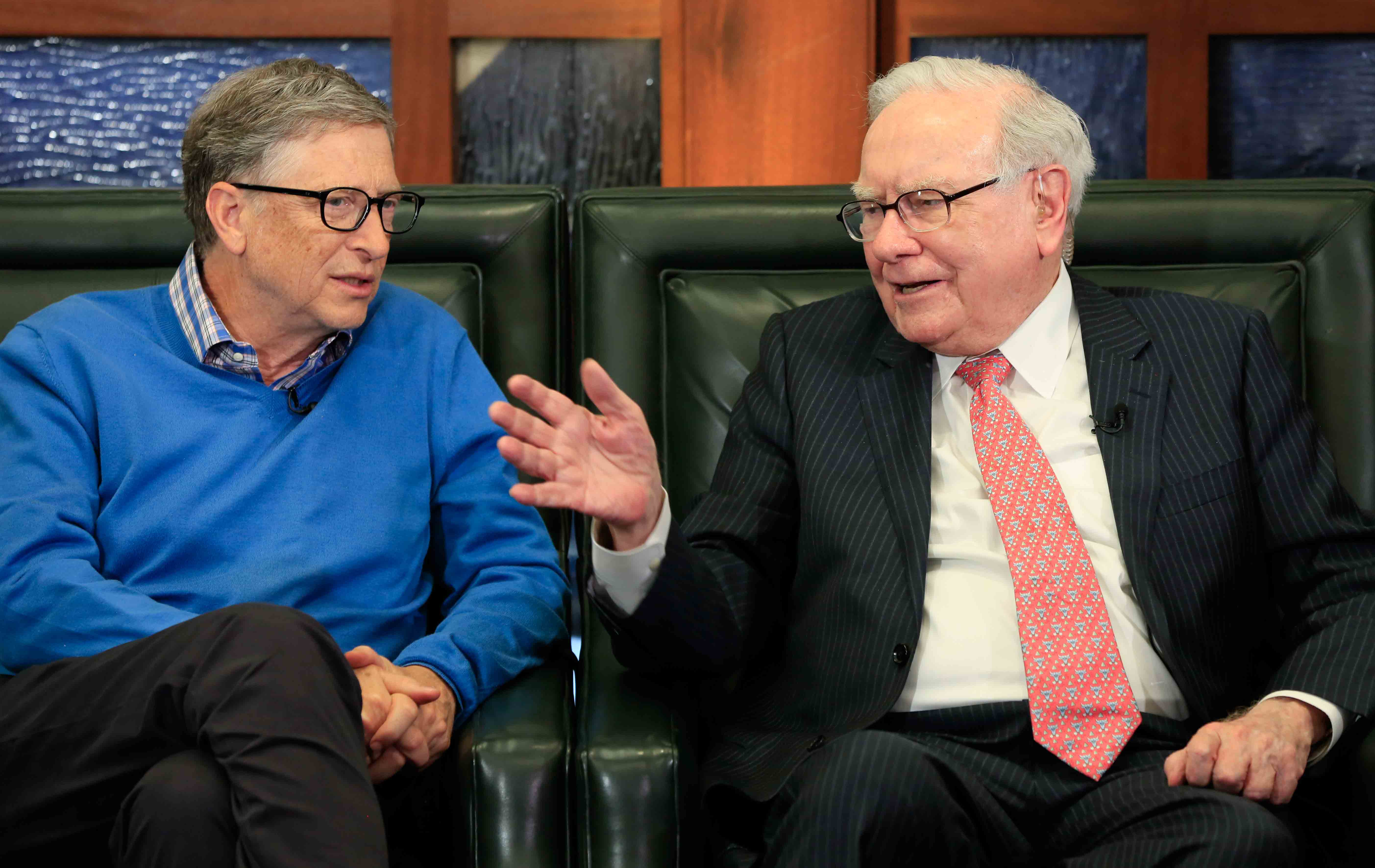 As treasure troves of the super-elite’s untold trillions glisten in offshore tax havens, Main Street is sinking in an underwater economy. Drowning in debt, clinging to the tatters of the welfare state, the gulf between the richest few and the rest of us could now widen even further with a new GOP tax bill loaded with another corporate bounty of loopholes, more tax “incentives,” and more trickle-up economics designed to concentrate as much wealth in as few hands as possible.

According to a report on the country’s widening wealth gap, published by the Program on Inequality at the Institute for Policy Studies (IPS), the elites at the helm of this upside-down economy would fit in a cozy lifeboat:

The three wealthiest people in the United States—Bill Gates, Jeff Bezos, and Warren Buffett—now own more wealth than the entire bottom half of the American population combined, a total of 160 million people or 63 million households.

More than half of US wealth is controlled by 25 billionaires. And multinational corporations shield an estimated 10 percent of global GDP from taxation through avoidance and evasion in obscure, unregulated financial enclaves.

But, while the papers largely focus on corporate malfeasance, it’s vital to also look at the social injustices produced by this wealth imbalance, and the crisis of democracy that abets this global theft. According to recent estimates, “households in the top 0.01 percent, with wealth over $45 million, evade 25 to 30 percent of personal income and wealth taxes.”

The nationwide wealth gap represents how the neoliberal economic system operates as a zero-sum game based on disempowering the poor.

It’s no secret that wealthy individuals and corporations channel their enormous financial assets into tax havens. Yet for the most part the piracy of the gilded class is perfectly legal, even encouraged, under existing tax codes. The everyday struggle to stay housed, get an education, or pay for medicine, on the other hand, often traps working-class households in virtual debtor’s prisons. Today the bottom 1 percent of households are collectively $196 billion in the hole, while the top 1 percent sit on $33.4 trillion of combined net worth. A fifth of American households, and about a third of black and Latino families, are stuck with zero or negative net wealth. And while wealth divides deepen racial segregation, concentration of accumulated assets across society aggravates long-term economic insecurity within communities of color and across gender lines. Overall, the increasingly polarized economic structure has hollowed the middle class, eroded public services, and driven years of stagnant wages.

The GOP’s proposed tax bill purports to curb offshoring by shifting to a territorial tax system, which in theory would tax large profits held offshore. But advocates point to the fine print: Various exemptions would severely limit the amount of corporate profit that is actually captured. A measure to nominally tax “excess” profits sets a sharp threshold at revenues above $100 million. The framework is structured so that, as economist Kimberly Clausing of Reed College noted at a press conference on the bill, “Embedded in that tax is actually an incentive to move tangible assets offshore,” which would actually be an incentive to shift not just financial assets but real workplaces. According to the financial watchdog FACT Coalition, “companies will be incentivized not just to move profits on paper to tax havens but to move actual jobs and factories to lower tax countries.” And to further empower the most toxic forms of capital, Republicans have proposed a bonus for fossil-fuel industries, by granting an exemption from the adjusted tax rate just for oil and gas companies—the same companies that are ruining local habitats and hiding the spoils abroad.

That means American workers get hit on both ends: public revenue hemorrhages and jobs slip away from communities as multinationals are encouraged to invest abroad, in another round of capital flight.

The fundamental structural problem that must be fixed, advocates say, is the lack of basic transparency in the global taxation system, which would allow both policy-makers and the public to at least track what happens to the estimated $94 billion to $131 billion in revenue that multinationals funnel away from public coffers into a financial black hole through tax dodging each year. OxFam America has called for a global effort to overhaul reporting regulations, so there is robust disclosure on a country-by-country basis. And to really clamp down on asset hoarding overseas, they are also demanding a direct ban on offshore shell companies that allow for unfettered money laundering for criminal syndicates, politicians, and everything in between. The Corporate Transparency Act that has been proposed in Congress would be a first step in requiring registration of the ownership of these anonymous phantom companies.

The Paradise Papers ultimately represent just a tiny cross section of hidden offshore wealth. “This leak is only possible because of the radical secrecy embedded in our tax laws,” said Oxfam America Policy Director Gawain Kripke in a statement on the revelations. “This should be a clarion call for legislation to mandate basic transparency so we no longer need leaks like this to reveal the rot beneath the surface.”

But of course, if offshore tax holdings were fully disclosed, that would defeat the purpose of the tax-haven system. And who knows what else people would start to demand if politicians and billionaire CEOs were forced to come clean about the real sources of their riches? People might start to question who should be trusted to run our economies, and our governments.

If you like this article, please give today to help fund The Nation’s work.

Michelle Chen is a contributing writer for The Nation.