Experts have expressed concern about the potential environmental aftermath of a stricken Iranian oil tanker that exploded and sank in the East China Sea on Sunday.

The Sanchi—carrying 150,000 tons, or nearly 1 million barrels, of condensate oil—collided with the CF Crystal on Jan 6. The tanker caught fire and burned for more than a week before sinking. Iranian officials said all 32 crew members on the tanker were killed.

According to the BBC, Chinese ships are racing to clean up a 46 square mile oil slick left behind. The slick is thought to be made up of heavy fuel used to power the vessel.

BBC’s China Correspondent Robin Brant reported that the oil slick has more than doubled in size since Sunday, noting that the big concern now is the environmental impact.

There could also be a very tall plume of condensate oil underneath the surface, Brant noted. Condensate is an ultra-light oil that is highly toxic and much more explosive than regular crude oil.

According to Reuters, “bunker fuel is the dirtiest kind of oil, extremely toxic when spilled, though less explosive. Condensate is poisonous to marine organisms.”

As Rick Steiner, a U.S. marine scientist explained to the news service, the East China Sea is known for its rich—but already polluted—marine ecosystem that includes whales, porpoises and seabirds.

“As with all major oil spills, time is of the essence. This is particularly so with condensate spills, as the substance is so toxic and volatile,” said Steiner.

In a statement, Greenpeace said the explosion and sinking occurred in “an important (fish) spawning ground.”

“At this time of year the area is used as wintering ground by common edible species such as hairtail, yellow croaker, chub mackerel and blue crab. The area is also on the migratory pathway of many marine mammals, such as humpback whale, right whale and gray whale,” the environmental organization said.

Teng Da from the Chinese Oceanic Administration told CGTN, “Now that the tanker has sunk, what comes next to the ecological system the government should watch very closely.” 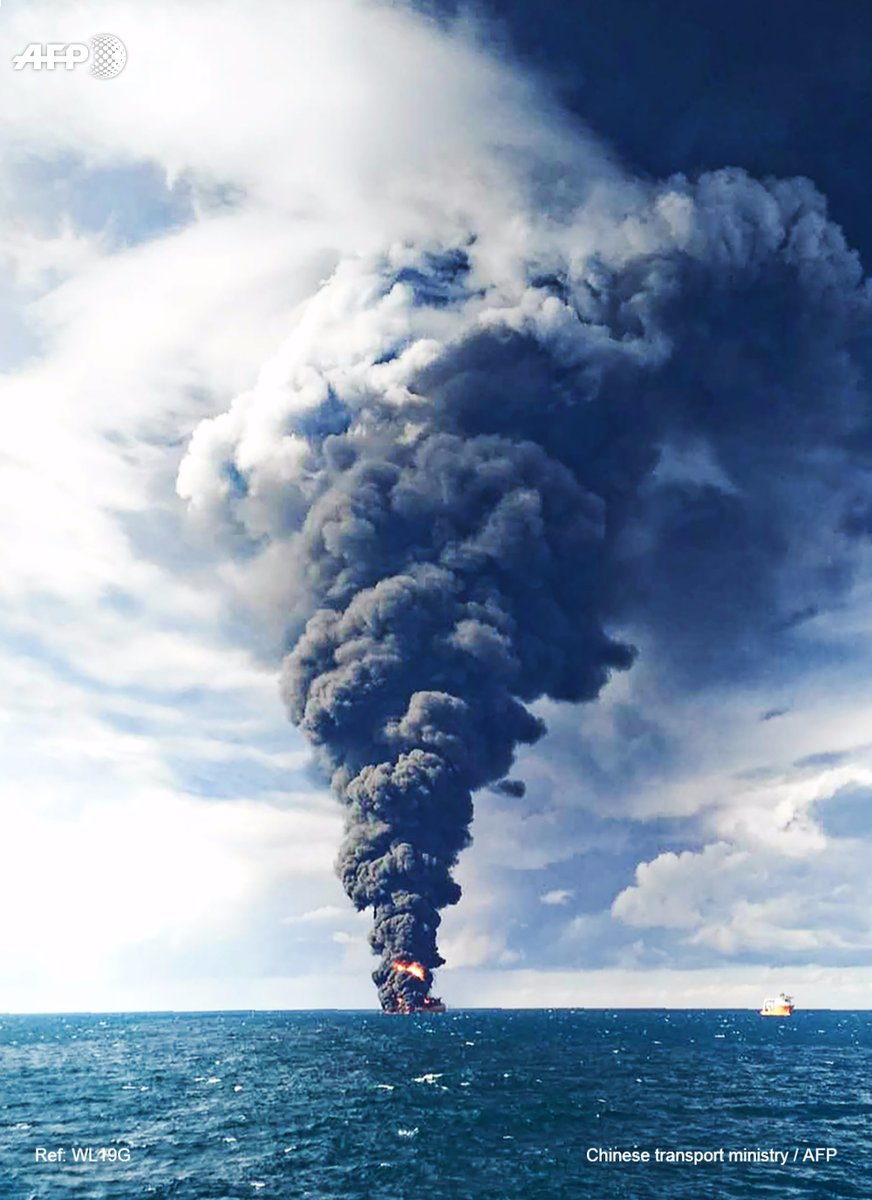