Voters Give Trump an ‘F’ Grade for First Year in Office, Poll Shows 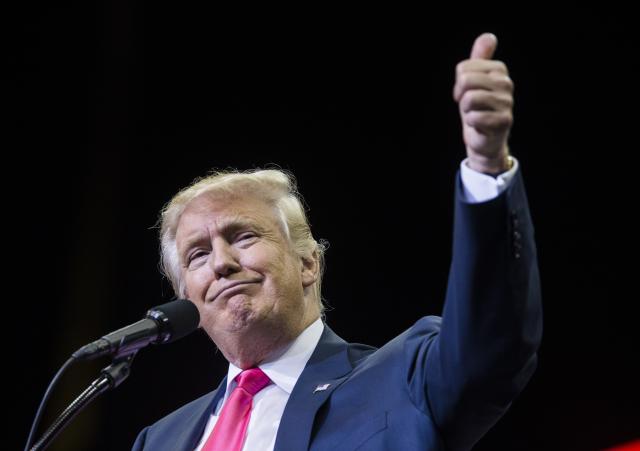 Voters Give Trump an F Grade for First Year in Office, Poll Shows

Donald Trump has been given an “F” grade for his first year as president by more than a third of voters, a new poll revealed.

The Morning Consult and Politico poll asked respondents to grade the president based on the previous 12 months, which have seen Trump criticized for a failed attempt to repeal Obamacare, several bungled attempts at a Muslim ban, and, most recently, a pledge to pull DACA, with the largest portion of voters giving him an F.

Of the 1,988 registered voters who took the survey, 698 of them (or 35 percent) said the president was failing in his first year in office, followed by the second largest group of 354 people (or 18 percent) who gave the president an A for his first year, highlighting the oft-discussed polarization in U.S. politics over the past 18 months.

Voters, who were surveyed from January 4-5 also felt the president had not done well on issues including tackling terrorism, foreign relations, debt, and the economy—with the largest groups being those who rated the president an F on the aforementioned topics.

For his part, the president has previously suggested polls that dismiss his performance or give him a low approval rating are “fake polls” reported by “fake news,” and previous polls leading up to his surprise election victory did indeed suggest he had far less voter support than his base proved on the day.

However, his approval rating must be a cause for concern, with a CNN poll released before Christmas giving Trump the lowest approval rating of any president in modern history, and indicating a 10 percent drop in favorability since he took office.