I left the Republican Party. Now I want Democrats to take over. 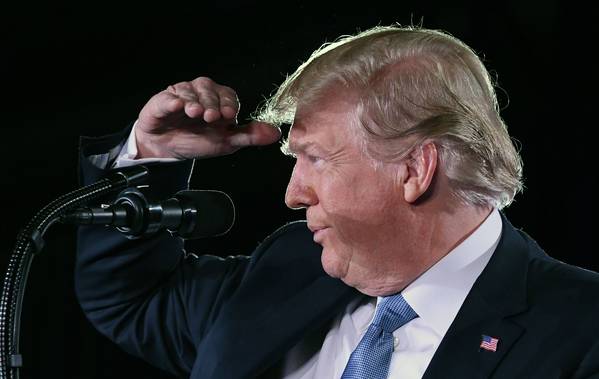 “Should I stay or should I go now?” That question, posed by the eminent political philosophers known as the Clash, is one that confronts any Republican with a glimmer of conscience. You used to belong to a conservative party with a white-nationalist fringe. Now it’s a white-nationalist party with a conservative fringe. If you’re part of that fringe, what should you do?

Veteran strategist Steve Schmidt, who ran John McCain’s 2008 presidential campaign, is the latest Republican to say “no more.” Recently he issued an anguished Twitter post: “29 years and nine months ago I registered to vote and became a member of the Republican Party which was founded in 1854 to oppose slavery and stand for the dignity of human life,” he wrote. “Today I renounce my membership in the Republican Party. It is fully the party of Trump.”

Schmidt follows in the illustrious footsteps of Post columnist George F. Will, former senator Gordon Humphrey, former representative (and Post columnist) Joe Scarborough, Reagan and Bush (both) aide Peter Wehner, and other Republicans who have left the party. I’m with them. After a lifetime as a Republican, I re-registered as an independent on the day after Donald Trump’s election.

Explaining my decision, I noted that Trumpkins “want to transform the GOP into a European-style nationalist party that opposes cuts in entitlement programs, believes in deportation of undocumented immigrants, white identity politics, protectionism and isolationism backed by hyper-macho threats to bomb the living daylights out of anyone who messes with us.” I still hoped then that traditional conservatives might eventually prevail, but, I wrote, “I can no longer support a party that doesn’t know what it stands for — and that in fact may stand for positions that I find repugnant.”

I am more convinced than ever that I made the right decision. The transformation I feared has taken place. Just look at the reaction to President Trump’s barbarous policy of taking children away from their parents as punishment for the misdemeanor offense of illegally entering the country. While two-thirds of Americans disapproved of this state-sanctioned child abuse, forcing the president to back down, a majority of Republicans approved. If Trump announced he were going to spit-roast immigrant kids and eat them on national TV (apologies to Jonathan Swift), most Republicans probably would approve of that, too. The entire Republican platform can now be reduced to three words: whatever Trump says.

And yet there are still principled #NeverTrump conservatives such as Tom Nichols and Bill Kristol who are staying in the party. And they have a good case to make. Kristol, for one, balks “at giving up the Republican party to the forces of nativism, vulgar populism, and authoritarianism.” As he notes, “It would be bad for the country if one of our two major parties went in this direction.”

No one anticipated Trump’s takeover. It’s possible, these Republicans argue, that we might be equally surprised by his downfall. Imagine what would happen if special counsel Robert S. Mueller III found clear evidence of criminality or if Trump’s trade wars tanked the economy. I’m not saying that’s likely to happen, but if it does, it might — just might — shake the 88 percent GOP support that Trump currently enjoys. That, in turn, could open the way for a credible primary challenge that wouldn’t deny him the nomination but that — like Gene McCarthy in 1968, Ronald Reagan in 1976 and Pat Buchanan in 1992 — could help to defeat him in the general election and wrest the party from his grasp.

Personally, I’ve thrown up my hands in despair at the debased state of the GOP. I don’t want to be identified with the party of the child-snatchers. But I respect principled conservatives who are willing to stay and fight to reclaim a once-great party that freed the slaves and helped to win the Cold War. What I can’t respect are head-in-the-sand conservatives who continue to support the GOP by pretending that nothing has changed.

They act, these political ostriches, as if this were still the party of Ronald Reagan and John McCain rather than of Stephen K. Bannon and Stephen Miller — and therefore they cling to the illusion that supporting Republican candidates will advance their avowed views. Wrong. The current GOP still has a few resemblances to the party of old — it still cuts taxes and supports conservative judges. But a vote for the GOP in November is also a vote for egregious obstruction of justice, rampant conflicts of interest, the demonization of minorities, the debasement of political discourse, the alienation of America’s allies, the end of free trade and the appeasement of dictators.

That is why I join Will and other principled conservatives, both current and former Republicans, in rooting for a Democratic takeover of both houses in November. Like postwar Germany and Japan, the Republican Party must be destroyed before it can be rebuilt.

George F. Will: Vote against the GOP this November

Eugene Robinson: The GOP plunges toward its own special place in hell

Mark Sanford: I lost because I wasn’t Trump enough. All Republicans should worry.