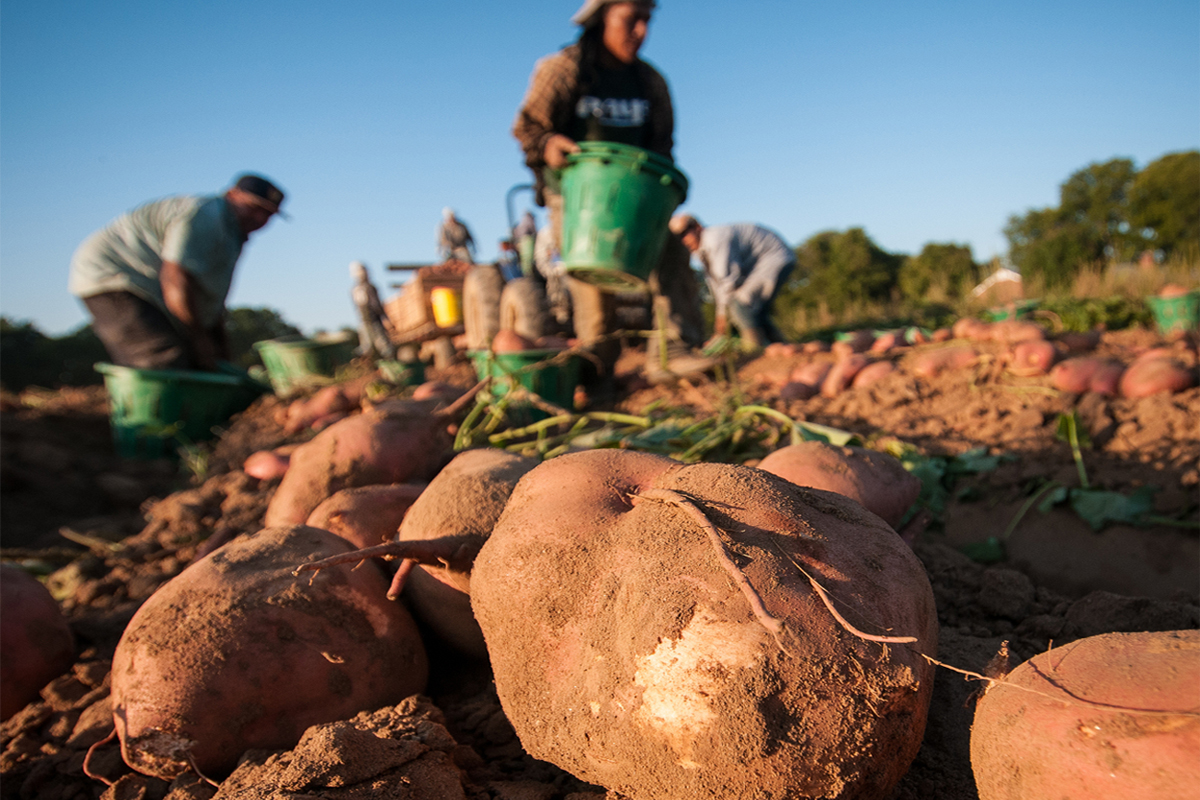 In California’s San Joaquin Valley—home to many of the nation’s largest fruit, nut, and vegetable operations—agricultural soils have been sterilized and depleted of natural fertility. This trend in agricultural soil management is standard practice for industrial farming, and while it’s still possible to turn the trend around and begin managing soils to improve the health of the region, doing so requires an examination of the history of environmental justice (and injustice) in California.

In 1994, President Clinton signed Executive Order 12898, Federal Actions to Address Environmental Justice in Minority Populations and Low-Income Populations, a set of policies that required federal agencies to ensure the fair treatment and meaningful involvement of all people regardless of race, color, national origin, or income with respect to the environmental impacts of the development, implementation, and enforcement of federal programs and policies.

Among other state programs and policies that have been advocated for and created by environmentally burdened communities of color, the California Environmental Protection Agency (CalEPA) has released CalEnviroScreen, a mapping tool depicting communities that are affected by cumulative environmental impacts such as groundwater pollution, ozone, particulate matter, pesticide exposure, and other toxic pollution. Under Senate Bill 535, California directs 25 percent of the proceeds from its cap and trade program to climate investment funding in the state’s most affected areas. 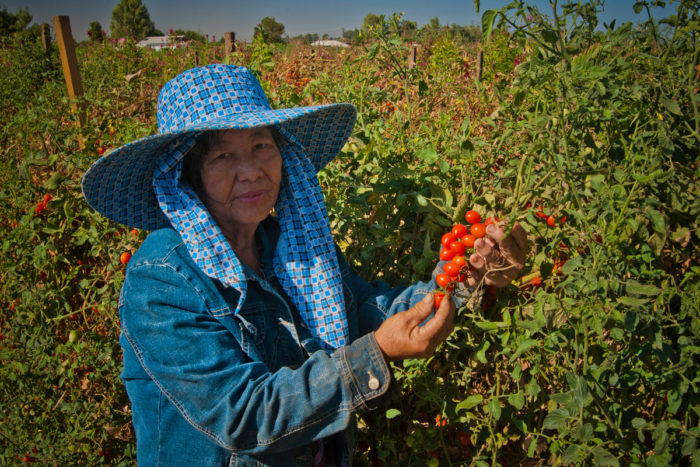 These communities suffer the problems that arise from historic land-use policy in California, which has essentially been created by and for large agribusiness, and rarely prioritizes soil health or community health. Rather than building carbon and organic matter, the soil has been stripped of most of its life, and nutrients such as phosphorous and nitrogen get added back in through synthetic fertilizers.

As a result, over 1 million California residents are exposed every year to water that is unsafe to drink by state standards. In addition, many communities lack adequate wastewater infrastructure, housing, and perhaps the most importantly, a lack of governance. Many environmental justice communities were settled during the migration that took place when the Dust Bowl arose from Midwestern agriculture practices that pushed the land to its limit. A period of dramatic expansion of the fruit and specialty crop economy in California led thousands of migrants from across the country to move to California as field workers and packers.

During World War II, and with the implementation of the Bracero program, Mexican farmworkers and other communities of color moved into and continued to build these small California communities. They dug their wells by hand, and if electrification took place it was often done without proper oversight. The land-use policies in these communities were historically discriminatory, and in the decades since, larger municipalities haven’t annexed them to provide basic protections for their drinking water and air quality. These rural, unincorporated communities face a lack of local governance and some of the most acute environmental and climate impacts in the state. 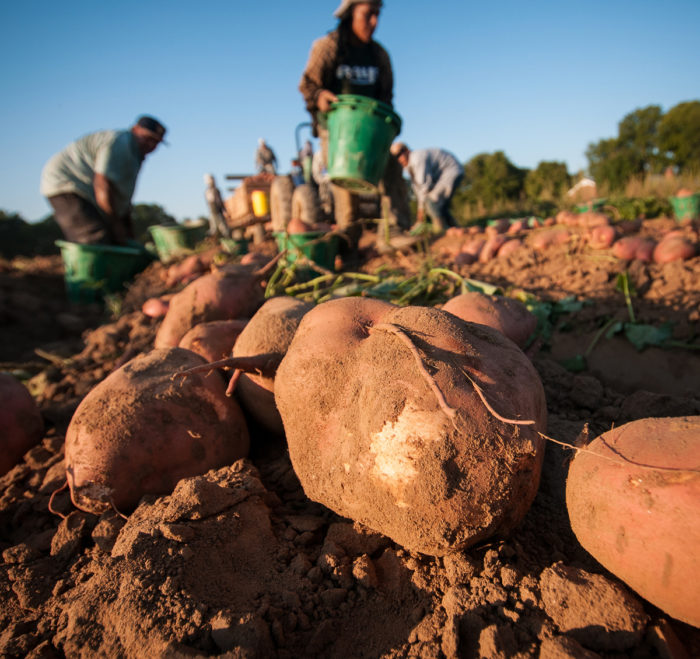 In unincorporated farmworker communities, residents deal directly with the harmful impacts of agriculture. Parents send their kids to school knowing they’re going to get exposed to pesticide drift. They are dealing with chronic disease, asthma, valley fever—a deadly infection caused by a fungus found in soil—on a regular basis.

Drinking water in the San Joaquin Valley primarily comes from groundwater wells. The area’s groundwater is often contaminated with nitrates, selenium, arsenic, and 123-TCP—a carcinogenic chemical that was recently regulated for the first time. These water contaminants are byproducts of pesticides and chemical fertilizers, or simply the products themselves, washed into the aquifer. This is a direct result of the way the soil in the area has been treated over time by chemical-heavy farming practices.

Crops in the region are mainly irrigated with surface water. The agriculture industry is constantly lobbying for access to more surface water because groundwater is expensive to pump and often contains large quantities of salt, which is the primary concern for farmers.

Meanwhile, 95 percent of the water going to people’s homes is ground water.

There has also been an enormous loss of native vegetation in the San Joaquin Valley because the agriculture industry has removed most of what was left of the native plants, animals, and people. We have lost nearly all ecological memory of the area to privatized industrial scale agricultural landholding.

A few important examples of alternative agriculture stand out. In Tulare County, an area known for its conservative approach to large-scale agriculture, Steven Lee of Quaker Oaks Farm is working to educate the local community on the importance of building soil carbon as a foundation to achieve environmental justice priorities. A recent recipient of funding through the Healthy Soils Initiative, Lee is planning to pilot a number of soil improvement practices on his land and gauge their ecological benefits. Quaker Oaks Farm shares historic ground with the Wukchumni Indian tribe of the region, and also with farmworking families of Oaxacan origin who use a portion of the land for subsistence farming. 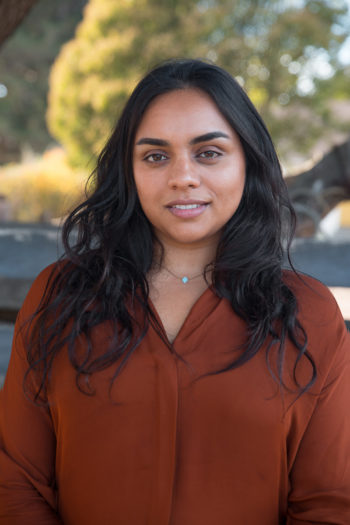 Community Alliance for Agroecology has built a framework based on ecology that prioritizes the protection of the water and air in addition to building political power because we believe the historically underserved communities who have built our agricultural economy should have a say in how agriculture moves forward in the state. Healthy soil brings both short- and long-term benefits by protecting our waterways, our local air quality, and displacing chemical fertilizers and pesticides if built as a part of a natural soil fertility regimen.

We are at a point in California history where we need to be linking arms around soil protection. We have a state water board, and a state pesticide department, but we don’t have any direct oversight of our soils at the state level; soil health has been largely left to the discretion of private landowners.

Soil is the basis of our food system and we need to protect it—especially in areas like the San Joaquin Valley. To do that right, we must also include the voices of rural people of color and others who have been historically left out of the decision-making process around farming and land ownership.

A version of this article was originally published by Bioneers as part of their series on carbon farming.