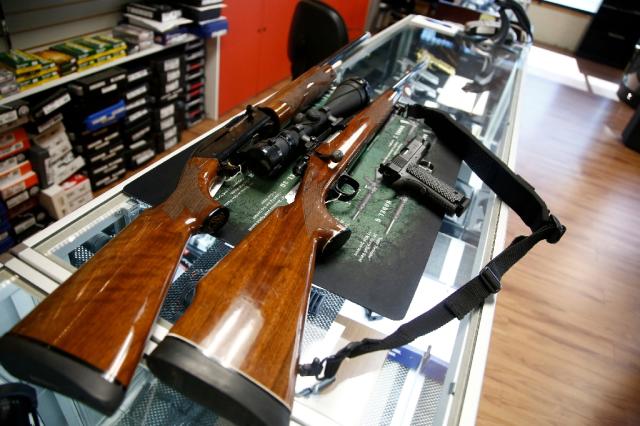 Of the 857 million guns owned by civilians, 393 million are in the United States – more than all of the firearms held by ordinary citizens in the other top 25 countries combined (AFP Photo/Brian Blanco)

United Nations (United States) (AFP) – Americans make up only four percent of the global population but they own 40 percent of the world’s firearms, a new study said Monday.

There are more than one billion firearms in the world but 85 percent of those are in the hands of civilians, with the remainder held by law enforcement and the military, according to the Small Arms Survey.

The survey, produced by the Graduate Institute of International and Development Studies in Geneva, says it bases its estimates based on multiple sources, including civilian firearms registration data from 133 countries and territories and survey results in 56 countries.

Of the 857 million guns owned by civilians, 393 million are in the United States – more than all of the firearms held by ordinary citizens in the other top 25 countries combined.

“The biggest force pushing up gun ownership around the world is civilian ownership in the United States,” said Aaron Karp, one of the authors of the report which compiles new data from the last ten years.

Americans have access to powerful firearms that are not available in many other countries due to tighter legislation.

“Why are they buying them? That’s another debate. Above all, they are buying them probably because they can. The American market is extraordinarily permissive,” he said.

Gun ownership rates vary across the world, with 121 firearms for every 100 residents in the United States compared to 53 in Yemen, 39 in Montenegro, and 35 in Canada.

Japan and Indonesia are at the other end of the spectrum with less than one firearm per 100 people.

Only 28 countries released information on their military stockpiles while 28 nations offered information the firearms owned by law enforcement agencies.