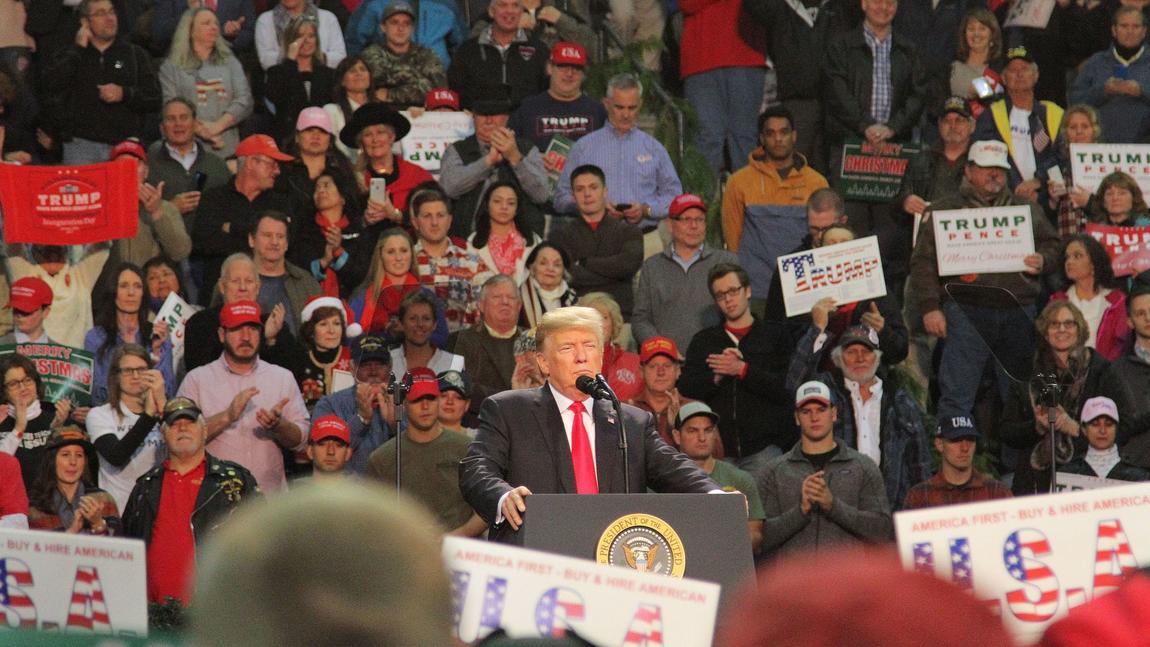 I’m tired of hearing about how Russia intervened in the recent U.S. election and tired of the talk about collusion, and I’m especially fed up with the speculation that all this will doom the Trump presidency.

My weariness is not due to a lack of indignation at how a foreign country covertly helped a reckless con man become president. And I would certainly celebrate if the uncovering of crimes forced President Trump to abandon the White House and slink back to his tower. But I fear that the Russia investigations — and the hope that they will save the republic — are turning too many opponents of this administration into passive, victimized spectators of a drama performed by remote actors over which they have no control.

The psychic, intellectual and emotional energy expended on this issue would be better employed, I believe, by addressing a more fundamental concern: What was it, what is it, in our American soul that allowed the Russians to be successful?

Russians voting in Michigan, Pennsylvania and Wisconsin [didn’t hand] the election to the Republican candidate by a bit more than 80,000 votes.

Those were not Russians voting in Michigan, Pennsylvania and Wisconsin, handing the election to the Republican candidate by a bit more than 80,000 votes. They were American men and women. As were the 62,984,825 others who decided that such a troublesome, inflammatory figure expressed their desires and dreams. Trump could be impeached or resign, or his policies could simply implode under the weight of their malice, divisiveness and mendacity, and the country would still be defined and pressed by the same conditions and dread that enabled his rise. America would still need to engage in a process of national self-scrutiny to fathom how such a nightmare could have been avoided, how it can be prevented from happening again.

Such a process will prove arduous and gut-wrenching. I should know. As a Chilean who is now also an American citizen, I went through a similar grueling quest to comprehend the origins of another political disaster: the 1973 overthrow of the Chilean people’s peaceful revolution and its leader, Salvador Allende. I had to learn that attributing that tragedy to foreign entities did not alleviate or overcome it.

In 1973, a military coup against Allende, the democratically elected president of Chile, terminated an extraordinary experiment in social and economic justice. The assault was aided and abetted by the United States. For many years after the coup, I dwelled on Washington’s responsibility for the brutal dictatorship of Gen. Augusto Pinochet.

And yet, some years after Pinochet’s depradations forced me to flee Chile with my wife and our first son, I stopped automatically alluding to America’s role in my country’s misfortune. I continued to be outraged by the invasion of our sovereignty, which had also occurred in places as diverse as Guatemala, Iran and Indonesia. But I realized that obsessing about what America had done was delaying a more imperative obligation: to minutely, painfully, collectively examine what had gone awry in my own land. How could our attempt to build a nation free of exploitation have paved the way for a tyrannical regime?

It took many years for the self-criticism to bear fruit, but without it the followers of Allende could never have built a coalition with the Christian Democrats, many of whose members were fierce opponents of the revolution’s radical measures. They had at first thoughtlessly welcomed the coup. Our coalition beat Pinochet in a 1988 plebiscite and then voted into office a center-left president two years later. Since then, Chile has organized five more presidential elections. Yet another will take place Sunday, and whatever its outcome, Chileans can be certain that our democracy is robust enough not to be fooled by foreign intelligence agencies.

As an immigrant who has embraced America as his home, I would hope that my compatriots here might be inspired by the way Chile went about healing its wounds. Our confusion and angst forced us to look deep inside our despair, and deeper still into the enigmas and abyss of history in search of a response to the Pinochet tragedy. The fundamental ethical work went beyond politics and intellectual theories to more personal, more intimate, more piercing territory. Chileans had to think ourselves out of our crisis.

Such a process of inquiry and exorcism began in the U.S. soon after the election, with no lack of culprits to blame. And yet so far the multiple, conflicting theories and explanations for Trump’s startling victory have not produced a common national narrative that might unify the opposition and point the way forward.

Now, every desperate American must gaze in the mirror and interrogate the puzzled face and puzzling fate that stares back: What did I do or not do that made the cataclysm possible? Did I ignore past transgressions that corrode today’s society: the discrimination, the sexism, the violence, the authoritarianism, the intolerance, the imperial ambitions, the slavery and greed and persecutions that have darkened America’s story? Did I overestimate the strength of our democracy and underestimate the decency of my neighbors? Was I too fearful, too complacent, too impatient, too angry? Whom did I not talk to, whom did I not persuade? What privilege and comforts, what overwork and debts, kept me from giving my all? What injustice or humiliation or bigoted remark did I witness and let pass? How can I help to recover our country, make it once more recognizable, make it luminous and forgiving?

We must vigorously protest the president’s craven actions, but above all we need to acknowledge that what ultimately matters is not what a foreign power did to America, but what America did to itself. The crucial question of what is wrong with our country, what could have driven us to this edge of catastrophe, cannot be resolved by a special counsel or a Democratic takeover of the House of Representatives or spectacular revelations about Russia’s interference.

Our inevitable moment of reckoning should be seen as an opportunity rather than an obstacle. Thomas Paine, that foreigner, that immigrant, that subversive who loved America, said it best in December of 1776, as his adopted homeland’s inaugural revolution was in danger of being defeated: “Tyranny, like hell, is not easily conquered; yet we have this consolation with us, that the harder the conflict, the more glorious the triumph.”

I cannot guess whether we will be spirited enough to find the consolatory answers to our crisis. What I do not doubt, as America cries out for a second and much needed revolution, is that a long night of searching lies ahead of us.

Ariel Dorfman is the author of “Homeland Security Ate My Speech” and the forthcoming novel “Darwin’s Ghosts.” He lives with his wife Angélica in Chile and in Durham, N.C., where he is professor emeritus of literature at Duke University.