What’s missing from the GOP tax bill? Just about anything that would help the working and middle classes 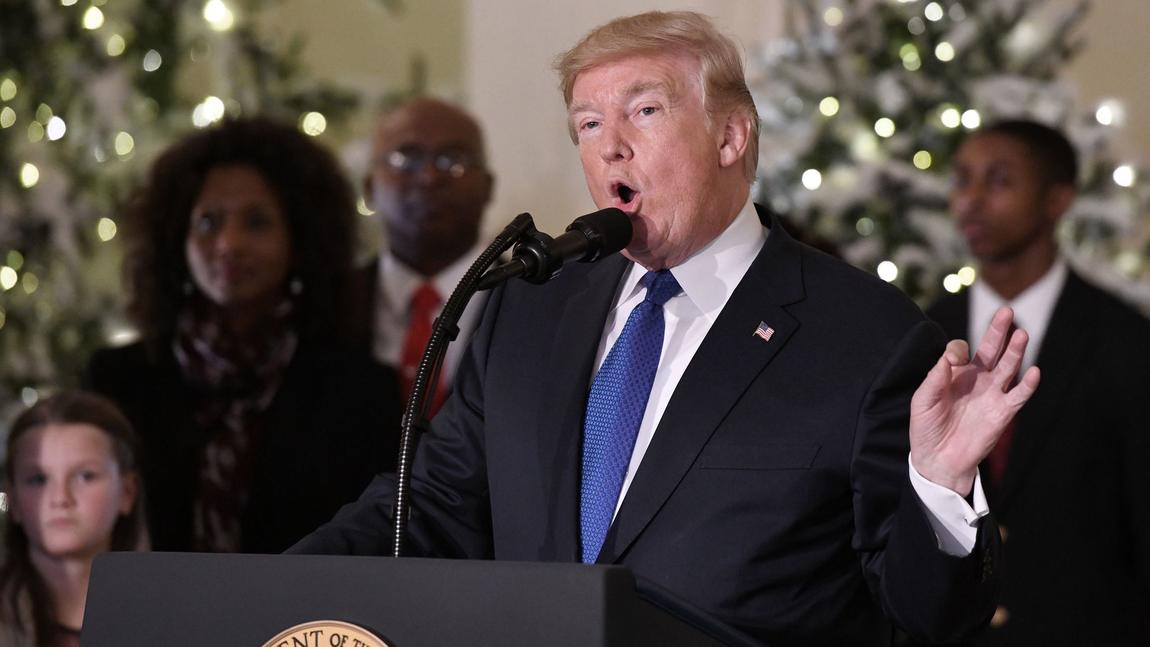 You’ve probably read plenty about what’s in the tax bill that House and Senate Republicans agreed to last week: A big cut in corporate taxes. Generous tax cuts for the wealthy, including a reduction of the top individual tax rate. More modest cuts for anyone who makes less than $200,000 or so.

Equally striking is what’s missing. There are many different ways to cut taxes, but they all require making choices. Not everyone benefits equally.

This bill put corporate tax cuts first; that’s where roughly 70% of the benefits go. There’s not much in the bill for the working poor — those who earn less than $40,000 a year. Most of those folks pay no federal income tax, but they do pay Social Security and Medicare taxes, which were not cut.

The tax bill doesn’t expand the Earned Income Tax Credit, part of the tax code that supplements the income of low-wage workers. A full-time single worker who earns the federal minimum wage of $14,500 a year currently gets an EITC of only $37; an increase would have made a difference.

It isn’t easy to make a tax cut unpopular. But Trump and Republican leaders in Congress have turned a bill that should have been political gold into lead.

The EITC is beloved by Democrats. Some Republicans — including House Speaker Paul Ryan of Wisconsin — support it, too. But an expansion didn’t make it into this year’s bill.

The working poor did get one break: Republican Sens. Marco Rubio of Florida and Mike Lee of Utah insisted on an increase in the refundable part of the child tax credit. Under the bill, workers who don’t pay income taxes can claim up to $1,400 per child. (Workers who do pay taxes can claim $2,000 as long as their income is below $400,000.)

But Rubio and Lee didn’t get the biggest change they wanted, which was to apply the credit to low-wage workers’ entire income. Under their proposal, a minimum-wage worker making $14,500 would get a $494 tax credit; under the current bill, she’ll get only $75, according to the liberal Center for Budget and Policy Priorities.

But that odious tax break isn’t gone. It’s just been tweaked a little.

Under the new law, the fund managers still get that break, as long as they hold the underlying investment for at least three years. Tax experts say most of the managers who claim the loophole won’t find that to be a problem.

Also lost in the shuffle: Simplicity.

When the House of Representatives started work on the bill, it eliminated many tax deductions, including medical expenses, state taxes and local taxes. Some of those deductions turned out to be popular, and they were revived in the negotiations between the House and Senate. As a result, plenty of middle-class taxpayers will have to figure their taxes under two systems, both with itemized deductions and without.

One final notable absence is a pot of money to finance better roads, bridges and airports.

When the tax debate started, one popular proposal — popular among policy wonks, anyway — was to pay for infrastructure with taxes from repatriated profits.

U.S. companies have trillions of dollars parked overseas, and the tax bill would allow them to bring that money home at a reduced tax rate. The added revenue could reach $298 billion over 10 years, according to Congress’ Joint Committee on Taxation.

But the money has already been spent. The bill commits the revenue to pay for its cuts to corporate and individual income taxes. There’s nothing left over for roads and bridges.

The biggest missing items are the unfulfilled populist promises of Trump’s presidential campaign.

“Tax reform will protect low-income and middle-income households, not the wealthy and well-connected,” the president said last spring. “They can call me all they want. It’s not going to help. I’m doing the right thing, and it’s not good for me. Believe me.”

When he came to the White House, Trump and his aides promised that the wealthy wouldn’t get a tax cut. His populist advisor, Stephen K. Bannon, even suggested socking the rich with a tax increase. That didn’t happen.

“The Republican establishment has no interest in Trump’s success on this,” Bannon complained after he left the White House in August. “They’ll do a very standard Republican version of taxes.”

It isn’t easy to make a tax cut unpopular. But Trump and Republican leaders in Congress have managed a feat of negative alchemy: They’ve turned a bill that should have been political gold into lead. Polls have found that fewer than one-third of voters, on average, think this tax bill is a good idea. That’s less popular than Obamacare was when it passed in 2010.

The reason it’s unpopular? Most voters think the bill is so tilted in favor of corporations and the wealthy that there’s nothing left over for them. And they’re right.