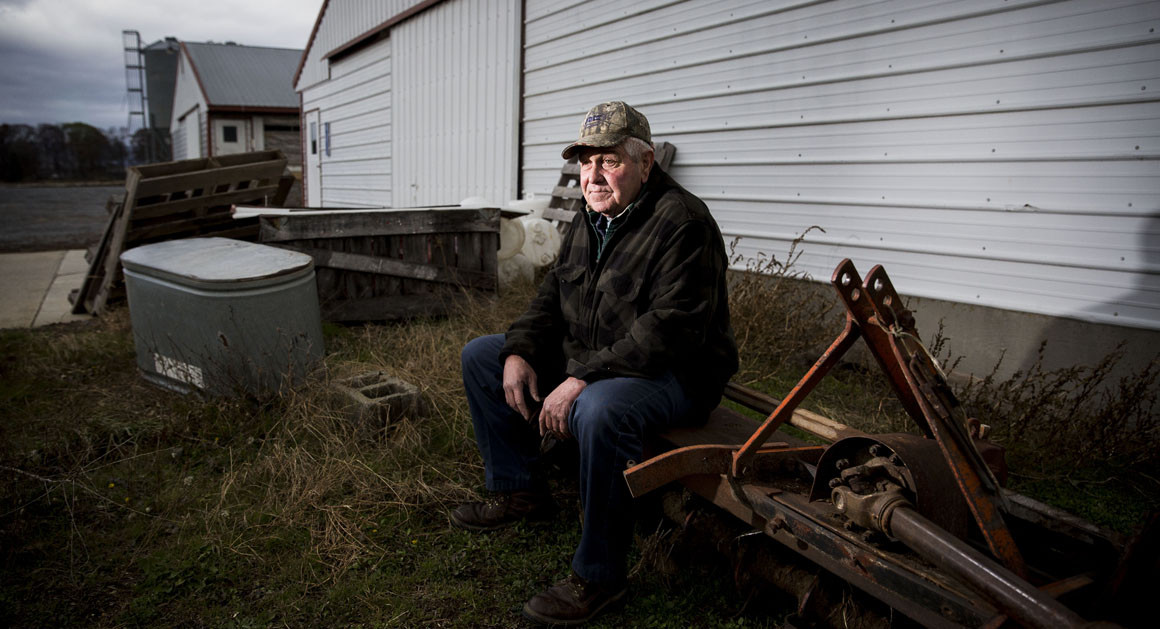 Turkey farmer Ike Horst is one of the independent businessmen caught up in the Trump administration’s government-wide deregulation frenzy. | M. Scott Mahaskey/POLITICO

Ike Horst raises 22,000 turkeys a year on his farm in the rolling hills of south-central Pennsylvania, selling them to a processing company that was providing him with enough of a nest egg that he hoped he could sell the farm and retire.

But a Trump administration decision to block proposed agriculture regulations may blow up those plans, preserving the multibillion-dollar meat industry’s power over the smaller turkey farmers whose birds will grace the tables in millions of American homes this Thanksgiving.

Horst is one of the independent businessmen caught up in the Trump administration’s government-wide deregulation frenzy.

Obama-era rules that had yet to take effect would have given smaller farmers more power to set the terms of their deals with massive meat companies, empowering the growers to sue and better define abusive practices by processors and distributors under federal law. Trump’s Agriculture Department killed two of the proposed rules, one of which would have taken effect in October.

Major agribusinesses like Cargill and Butterball fought the rules, saying they would lead to endless litigation between farmers and global food companies.

Trump’s deregulatory strike — lauded by big business — has consequences, even for the mom-and-pop turkey farmers who raise free-range, antibiotic-free turkeys that have seen increasing demand as Americans become more socially conscious about the production of their foods.

Horst is afraid a planned sale of his farm will fall through because Plainville Farms, a major organic food producer and the primary customer for his turkeys, is requiring the buyer to install upgrades including fans, tunnel ventilation and a stationary generator if it wants to continue supplying to the company.

Under the rules Trump killed, Horst’s buyer could have resisted such new costs.

“That was my retirement,” said Horst, who is selling his farm for health reasons and is scheduled to close the sale in January.

In the days leading up to Thanksgiving, some turkey farmers said the processing and distribution companies already have been setting tougher terms. Farmers who produce birds for Plainville received letters in October amending their contracts by cutting performance incentives and demanding that they invest in equipment upgrades. They blame the Trump administration.

If Agriculture Secretary Sonny Perdue hadn’t done away with the proposed rules, “the companies wouldn’t be doing things like this,” said Mike Weaver, a West Virginia poultry grower and president of the Organization for Competitive Markets, who has been contacted by Plainville’s turkey growers about their fears. “We think this has emboldened the companies to abuse the growers.”

Distributors and large poultry growers, for their part, have praised the decision to ditch the proposed Obama-era regulations, which were developed under USDA’s Grain Inspection, Packers and Stockyards Administration and are commonly referred to as the GIPSA rules. If allowed to go into effect, they “would have opened the floodgates to frivolous and costly litigation,” said Mike Brown, president of the National Chicken Council.

Meanwhile, turkey farmers have fewer and fewer choices about where to sell their birds. Contract farmers account for 69 percent of turkey production, according to the USDA. As of 2011, 58 percent of turkey slaughter was controlled by just four companies: Butterball, Jennie-O, Cargill, and Farbest Foods.

As the industry has consolidated, margins for turkey farmers have gotten thinner. Billy Turner, a Virginia-based grower who raises 54,000 turkeys annually for Cargill, noted that when he started working 25 years ago, he earned $2.25 to $2.50 for each bird he raised. Now he receives $1.35 a head. But he can’t get out of the business because Cargill asked him recently to make upgrades to his barns that he had to take out a $150,000 loan to pay for. He said those upgrades have raised his utility bills from $75 a month to $700 to $800 a month. He survives by raising corn and cattle as well. He said if he raised only turkeys, “I couldn’t do it. I would probably be bankrupt by now.”

Plainville is not a large-scale, mass-market distributor, but one that supplies the high-end organic food segment. It specializes in antibiotic-free and organic turkey meat for which consumers pay a premium. But Plainville’s farmers don’t get much of that: Farmers interviewed for this article said the new contracts cut what they receive on turkeys to 11 cents a pound from 13 cents. Cook’s Illustrated reported that these turkeys sell for more than 10 times more, for $1.19 a pound.

The farmers point out that Plainville’s parent company, Hain Celestial Group Inc., which promotes itself as a healthy food company and owns brands like Celestial Seasonings Tea, reported a 131 percent increase in profit in its most recent earnings statement.

When contacted by POLITICO, Mickey Baugher, vice president of operations for Plainville Farms, replied via a LinkedIn message that “our decision to modify the terms of our grower agreements were not influenced by any changes in GIPSA rules.” He noted that even with the updated contracts, growers make 20 percent more than the average industry grower. He added, “We do not believe that any modifications to our grower agreements will have any effect on the quality of our turkeys.”

The letter he sent to turkey growers also stated that “the decision to reduce grower pay was not made quickly or lightly” and that “having the best housing in the industry will benefit the welfare of our turkeys.” 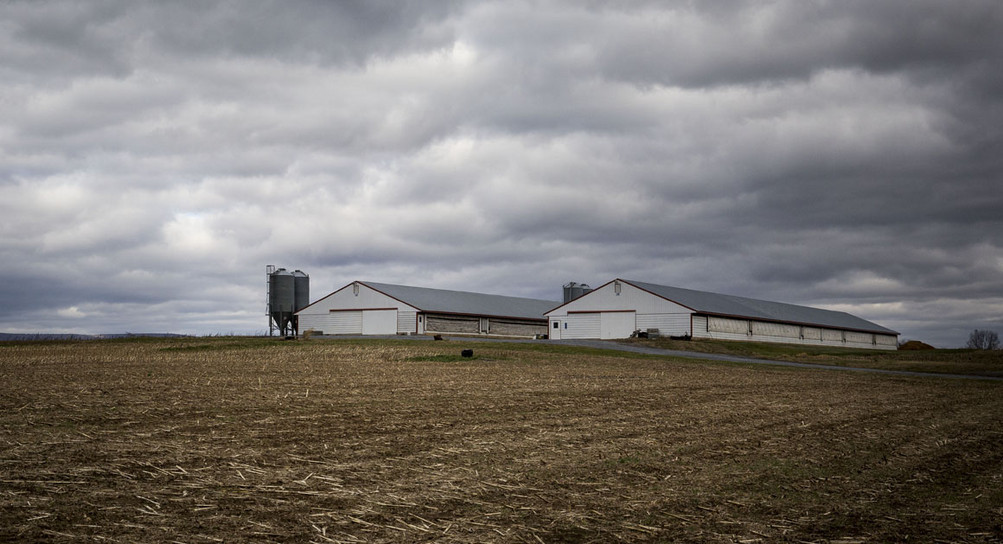 Several turkey farmers interviewed for this article, however, said that there are better, more cost-effective solutions. Horst, who has been raising turkeys since 1995, said that instead of installing expensive fans, he has let his turkeys go outside.

“The best thing is natural air,” he said.

Years ago, Horst said, the processing and distribution companies, known as integrators, would meet with farmers to discuss contract changes before implementing them. That no longer happens. “Integrators don’t want to hear the growers griping and complaining,” he said.

Despite his financial worries, he calls turkey farming a “low-stress job,” one made enjoyable by the comic antics of the birds. He talks to his turkeys and tells them he won’t eat them. Instead, this Thanksgiving, he’ll be eating an old German dish that involves stuffing a pig’s stomach with sausage and potatoes. He thinks his turkeys appreciate it.

“It’s like raising kids,” he said. “If you enjoy kids, they’ll do good for you. But if you mistreat your children, they’re going to be in trouble all the time.”