The mother of the Louisiana State University student who died following an apparent hazing incident at a fraternity said she believes her son was murdered, telling ABC News, “Nobody can physically drink that much, you can’t, you have to be forced.”

On the night of September 13, Max Gruver and other fraternity pledges participated in a game dubbed “Bible Study,” where pledges were asked questions about the fraternity and ordered to drink alcohol if they answered questions incorrectly, according to an affidavit filed by LSU police in October.

Max Gruver was pronounced dead on September 14, according to authorities. A preliminary autopsy revealed that he had “a highly elevated blood alcohol level plus the presence of THC,” according to the East Baton Rouge Parish Coroner’s Office.

Stephen Gruver, Max’s father, told ABC News that they eventually found out that his son’s blood-alcohol level was .496, or approximately six times the legal limit.

“We learned that the hospital’s gauge stops at .46, it doesn’t go any higher,” Stephen Gruver said. “And that was the next day. So that night, I’m sure it was enough to kill you.”

Ten current and former fraternity members were arrested and face potential charges ranging from misdemeanor hazing to felony negligent homicide. The East Baton Rouge District Attorney’s office told ABC News on Wednesday that the defendants have yet to be formally charged and no pleas have been entered.

When asked if she believed her son was murdered, Rae Ann Gruver responded “yes.”

“It’s senseless,” she added of the allegations that her son was forced to consume alcohol prior to his death. “I mean, how is making your brother do all these things, and humiliating somebody, a brotherhood?”

“How does that bond you?” she added. “That’s what I just don’t understand … It’s just horrific.”

Rae Ann Gruver added that they were initially encouraged by the research they had done about the fraternity their son chose to join.

“We went on the computer, we looked up on their national chapter,” she said, adding that it claimed to be a hazing- and alcohol-free environment.

She said they were initially unaware of any past reports of drinking and hazing at the fraternity, and thought “our son made a great decision with this fraternity.” 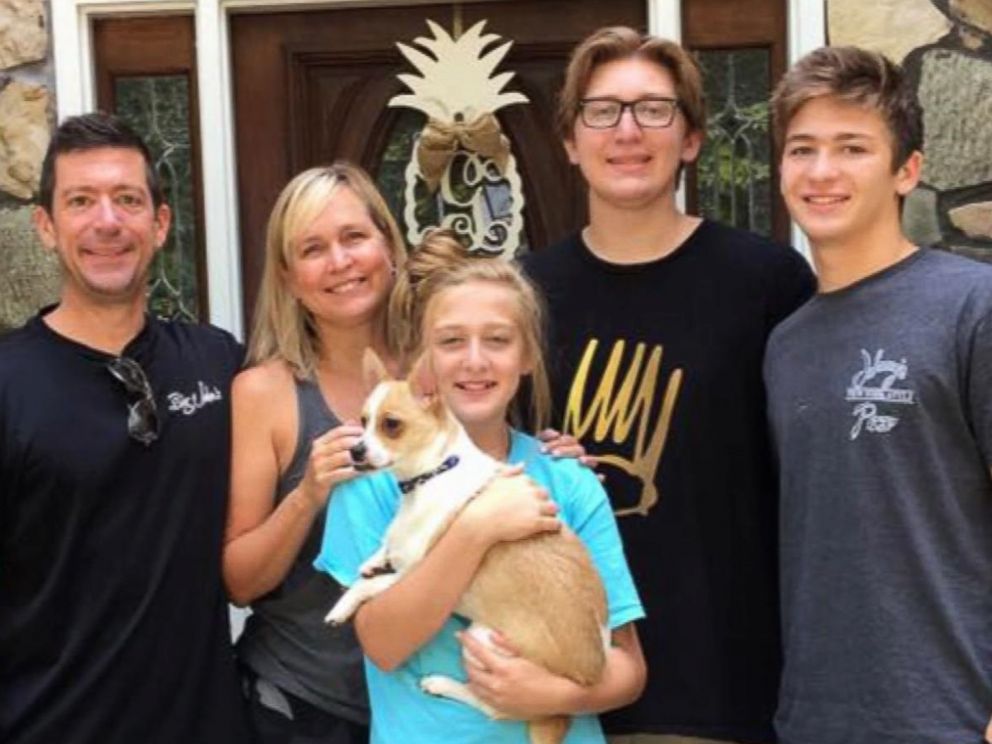 Rae Ann Gruver and Stephen Gruver pose with their children in this undated family photo.

“If we had found out just a year ago a fraternity had had a hazing incident, we might be like … with Max, like, ‘I don’t know that this is the one for you,'” she added.

Rae Ann Gruver recalled the last time she hugged her son, when she dropped him off at LSU on his freshman move-in day.

“I actually have a picture of the last hug of him and I,” Rae Ann Gruver said. Stephen Gruver added when they dropped him off at school they had no idea “that was the last time” they would see him alive.

Rae Ann Gruver said they are sharing their family’s heartbreak in order to prevent what happened to their son from happening to others, and called on students to speak up if they suspect something is off.

“They need to step up if they see something is wrong … Don’t be scared,” she said. “You could possibly be saving somebody’s life.”

The Phi Delta Theta fraternity has shuttered its LSU chapter and revoked its charter following Max Gruver’s death. The fraternity’s national chapter posted a statement on it’s website immediately following his death saying they “fully support local law enforcement in their decision to move forward and file charges against all of those alleged to be involved with the passing of Maxwell Gruver.”

A spokesperson for LSU told ABC News that a Greek Life Task Force has been established to investigate the school’s culture and environment and will write a report with recommendations for improvements by the end of January 2018. Meanwhile, Greek organizations can have registered, alcohol-free, on-campus events.

The mom of a Louisiana State University student who reportedly died after a fraternity hazing event dubbed “Bible study” believes her son was murdered.

“Nobody can physically drink that much, you can’t, you have to be forced,” Rae Ann Gruver told ABC News.

While at the meeting, Max and other pledges were allegedly forced to drink when they answered questions in the game wrong, according to police.

The freshman was pronounced dead at a hospital the next morning after Phi Delta Theta members couldn’t tell if he was breathing on a couch at the fraternity house.

The hospital told his family that his blood-alcohol level when he arrived was about .496.

“We learned that the hospital’s gauge stops at .46, it doesn’t go any higher,” his dad Stephen Gruver told ABC News. “And that was the next day. So that night, I’m sure it was enough to kill you.”

When asked if his death was a murder, his mom said: “Yes, I believe so.”

Ten people are charged in his death with at least one suspect facing a negligent homicide charge.