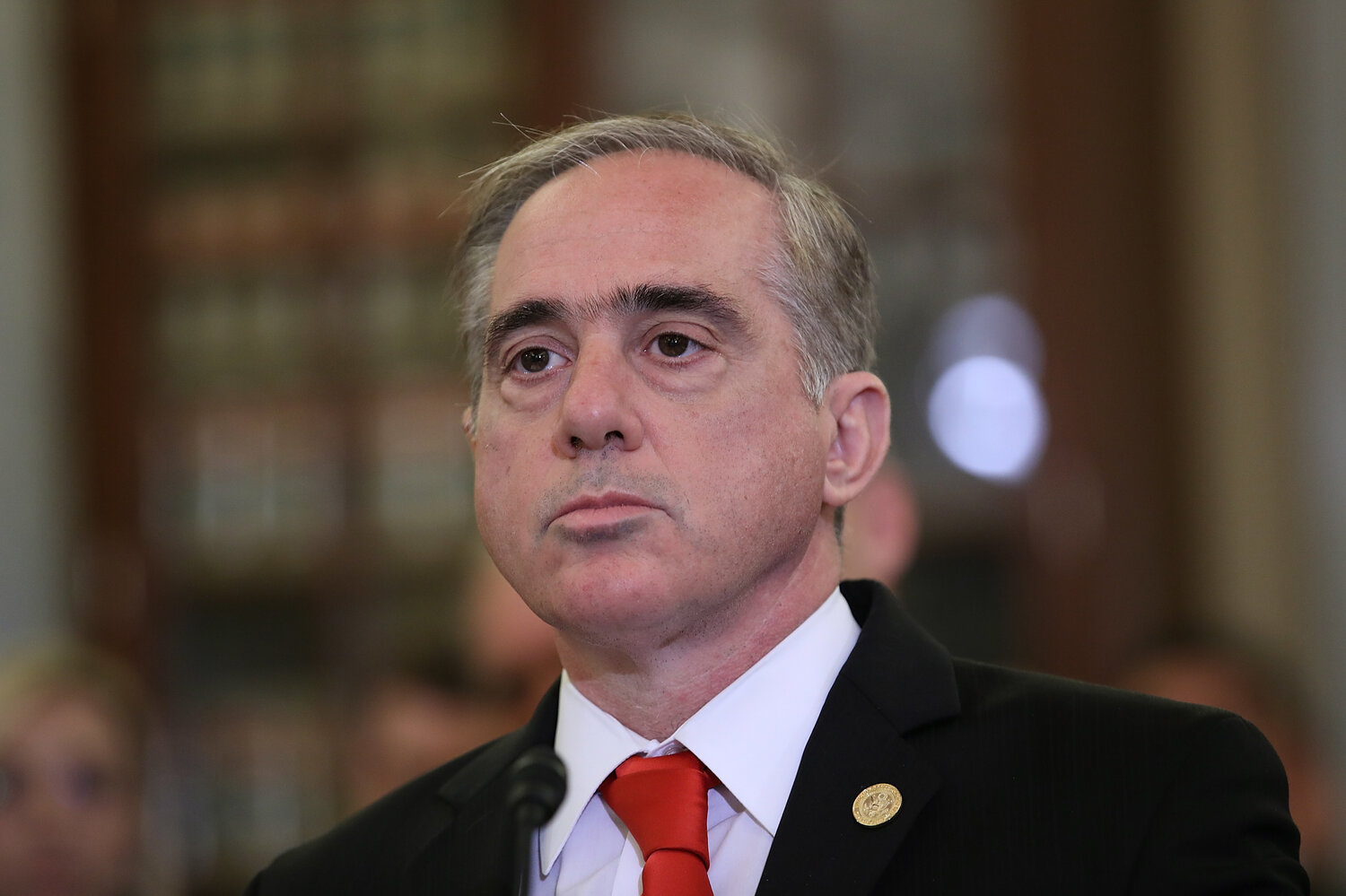 Fired Veterans Affairs Secretary David Shulkin tells NPR’s Morning Edition that political forces in the Trump administration want to privatize the VA — and he was standing in the way.

“There are many political appointees in the VA that believe that we are moving in the wrong direction or weren’t moving fast enough towards privatizing the VA,” he said. “I think that it’s essential for national security and for the country that we honor our commitment by having a strong VA. I was not against reforming VA, but I was against privatization.” 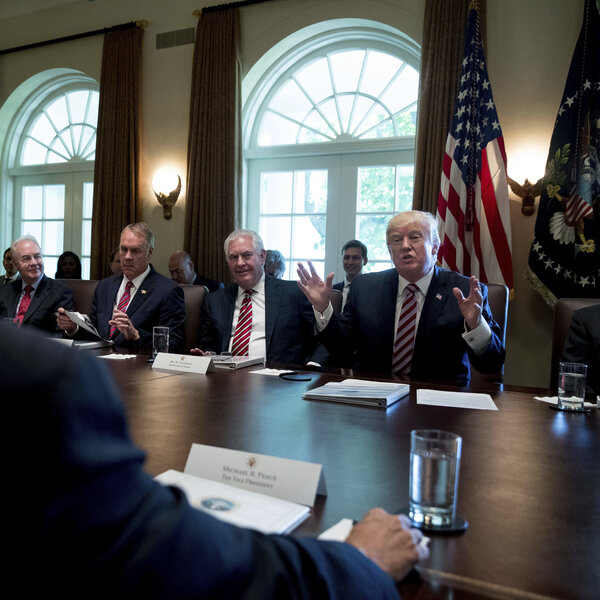 Those political forces may be responsible for why Shulkin says he wasn’t allowed to speak out to defend himself against an ethics controversy that he says was overhyped and intended to weaken him.

“This was completely mischaracterized,” Shulkin said, defending himself. “There was nothing improper about this trip, and I was not allowed to put up an official statement or to even respond to this by the White House. I think this was really just being used in a political context to try to make sure that I wasn’t as effective as a leader moving forward.”

Privatization has been the major issue at the department, and political appointees within the administration had been discussing removing Shulkin over the matter. Shulkin demurred from pointing a finger squarely at President Trump, but described a VA riddled with political pressure and conflict.

President Trump announced Wednesday that he was nominating his personal doctor to replace Shulkin.

Shulkin described great support from Congress, but noted the VA has struggled for many decades — with high turnover of its leadership as one cause.

“We’ve gotten so much done,” he said, “but in the last few months, it really has changed. Not from Congress, but from these internal political appointees that were trying to politicize VA and trying to make sure our progress stopped. It’s been very difficult.”

Shulkin’s departure comes weeks after the release of an inspector general’s report that was highly critical of an official trip he took to Europe last spring. Shulkin brought along his wife, paying for her travel with agency funds as the two enjoyed several days of tourism in between the secretary’s official meetings. The report also said he had improperly accepted a gift of Wimbledon tennis tickets on the trip.

Why Trump Appointees Refer To ‘Optics’ When Discussing Spending Scandals 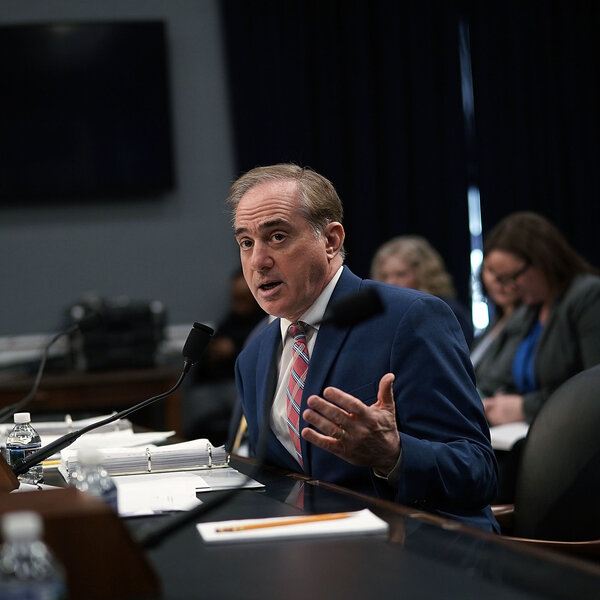 Shulkin told NPR that all expenses were approved in advance by an internal ethics committee, and that when the Inspector General later didn’t like the expenditures, Shulkin wrote a check to the government.

“No one’s ever mentioned what the purpose of this trip was,” he argued. “This was the five allies conference, a trip that the VA secretary has participated in for 40 years with major allies. We had over 40 hours of direct meetings. I gave three separate lectures. This is our one forum where we share how to care for our veterans among all of our allies.

“This was being characterized as a European vacation, it was far from that. … I went out, never used government money for that. The single expenditure spent was on a coach airfare for my wife who was officially invited. Everything was pre approved by our ethics committee. When the inspector general didn’t like the way that my staff had handled the approval, I wrote a check back to the government.”

He is the second administration official to lose his job in part over travel expenses after Health and Human Services Secretary Tom Price’s resignation in September. 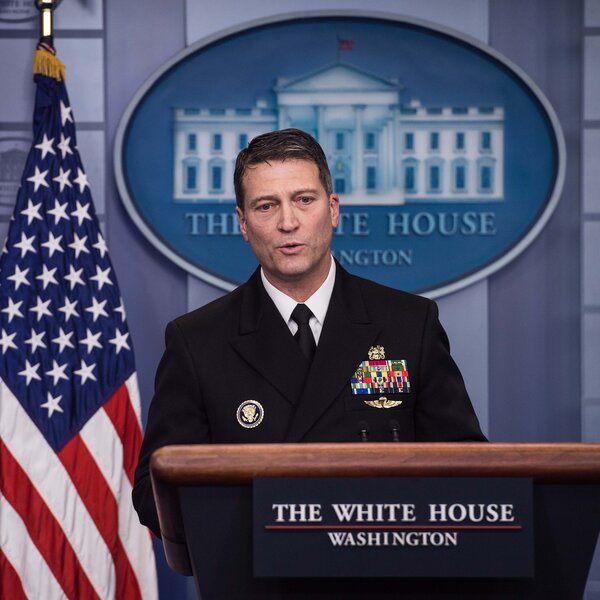 The president said he would nominate his personal physician, Adm. Ronny L. Jackson, to the post. Although he is a relative unknown as an administrator, he reportedly has expressed eagerness to take over the reins of the VA.

The White House says chief of staff John Kelly informed Shulkin of his dismissal before the president tweeted it on Wednesday.

Shulkin, a former hospital executive who was undersecretary at the VA during the Obama administration, is the latest in a long line of high-level White House departures in recent weeks. This month alone, National Security Advisor H.R. McMaster, Deputy FBI Director Andrew McCabe, Secretary of State Rex Tillerson, Trump’s personal assistant John McEntee and Director of the National Economic Council Gary Cohen have either left or are on their way out.

As NPR’s Quil Lawrence, who covers veterans’ affairs, reported on Morning Edition Thursday, emails had been exchanged between political appointees within the administration “who were actively planning to use this investigation to push out Shulkin and his top deputies because they thought he was not moving fast enough to increase the use of private care at the VA.”

In a New York Times op-ed published the same day he was fired, Shulkin pointed to successes in his time at the VA, citing reduced wait time, better mental health services, faster processing of claims. “Unemployment among veterans is near its lowest level in years, at 3.5 percent, and the percent of veterans who have regained trust in V.A. services has risen to 70 percent, from 46 percent four years ago,” he writes.

The big veterans organizations were pulling for Shulkin, Quil says, even though he was not a veteran.

In a statement following the announcement of his dismissal, the American Legion said: “Secretary Shulkin has acted in the best interests of America’s veterans and was making meaningful, positive changes at the VA.”

The Legion said it would “… continue to work vigorously to ensure our nation’s veterans have the efficient, transparent, and properly functioning VA that they deserve.”

Adm. Jackson’s profile rose in Trump’s eyes after he conducted a sweeping news conference in January in which he delivered a rosy picture of the president’s health, according to The Associated Press.

However, some veterans groups say they are concerned over his lack of qualifications to lead the VA, a vast agency employee some 300,000 staff members.

“We are disappointed and already quite concerned about this nominee,” said Joe Chenelly, the national executive director of AMVETS. “The administration needs to be ready to prove that he’s qualified to run such a massive agency, a $200 billion bureaucracy.”

Disabled American Veterans said in a statement: “While we look forward to learning more about the qualifications and views of the new nominee, we are extremely concerned about the existing leadership vacuum in VA.”

“At a time of critical negotiations over the future of veterans health care reform, VA today has no Secretary, no Under Secretary of Health, and the named Acting Secretary has no background in health care and no apparent experience working in or with the Department,” it said.