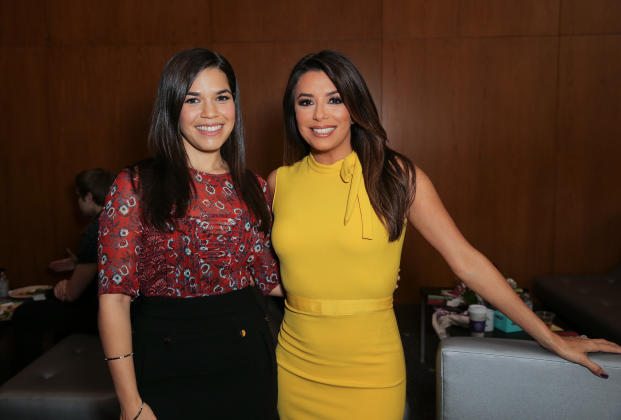 America Ferrera and Eva Longoria and are among the A-list stars that have signed a letter to support the Latino community in light of recent deadly attacks and political targeting.

The Superstore star and the Desperate Housewives star were among 200 actors, musicians, artists, activists, and labor and civil rights leaders that have signed the letter, which has been published in newspapers including The New York Times, El Nuevo Herald, La Opinión, and El Diario.

This comes amid a raft of incidents including the mass shooting in El Paso, Texas that killed 22 individuals and injured 24 others, the sweeping ICE raids that took 680 individuals into custody in Mississippi, the continued separation of families, and the inhumane living conditions of those detained.

“As a Latina, my heart breaks with every attack on our dignity, humanity and lives. And as an American, I fear for the future of my country when our culture and policies lack a basic decency and respect for human life,” said Ferrera. “We all have a responsibility to show up in this moment and demand decency for one another and for our country.”

“We’re facing a moral crisis in our country, and we chose to use this moment to raise our voices, and speak up,” said Longoria. “Integrity starts with looking in the mirror and this letter calls on everyone, not just our community, to choose humanity and decency over hate and violence.”

“This piece is to remind us of our shared humanity,” added Orange Is The New Black star Diane Guerrero. “We don’t have to look far to see what family separation and hateful rhetoric is doing to the people in our country. If we do not act, we will be complicit in one of history’s greatest tragedies.”