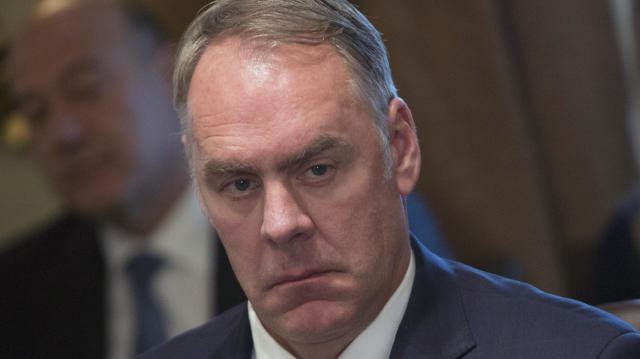 Most of the members of the National Park Service Advisory Board have tendered their resignation over frustrations with Interior Secretary Ryan Zinke, The Washington Post reports.

Nine of the 12 board members quit Monday night, citing Zinke’s refusal to convene the citizen advisory panel or discuss matters with it since he came into office last March. Zinke has drawn criticism for a number of his actions in the Interior Department, including silencing scientists about climate change.

Zinke has rejected numerous requests to meet with the advisory panel, which is required to meet twice a year, despite his efforts to review restructuring national parks. Departing board Chairman Tony Knowles told the Post that the panel has waited to work with Zinke but has been “frozen out.”

“We understand the complexity of transition but our requests to engage have been ignored and the matters on which we wanted to brief the new Department team are clearly not part of its agenda,” Knowles wrote in a letter to Zinke, which was obtained by the Post.

All nine panel members, who are not employees of the Interior Department but are citizens who have shown a commitment to the National Park Service, have terms set to expire in May. Their early departure leaves the government without a functioning body to designate national historic or natural landmarks, according to the Post.

Phil Francis, chairman of the Coalition to Protect America’s National Parks, said in a news release that he understood the members’ frustration at the “complete lack of response” from the Interior secretary.

“This discourteous and disrespectful treatment of the Board is inexcusable and, unfortunately, consistent with a decidedly anti-park pattern demonstrated by Secretary Zinke’s department,” Francis said in the release sent to HuffPost.

The Interior Department did not immediately respond to HuffPost’s request for comment.

Joel Clement, a former employee who claims the Interior Department retaliated against him for his work on climate change, told HuffPost in October that the morale under Zinke was “in the toilet.” Clement also criticized Zinke’s comments that questioned the department staff’s “loyalty” to him and President Donald Trump.

“It’s profoundly offensive because it portrays a lack of understanding about the civil service and the mission of the agency,” Clement told HuffPost. “It made it clear that what he’s trying to do is not work with the career staff and advance the mission ― he’s trying to undercut the agency and its mission. And it became very clear that his interests were aligned with special interests, like the oil and gas industry.”

Washington (CNN)Nine members of the National Park System Advisory Board quit Tuesday, citing concern over the Trump administration’s priorities regarding the national parks, according to a letter obtained by CNN.

The letter, sent by nine members of the board to Interior Secretary Ryan Zinke, says the group has been unable to meet with Zinke and the Interior Department during his first year in the position.

The author of the letter, former Alaska Democratic Gov. Tony Knowles, said the board is supposed to meet twice a year. However, he said, he’s been told things were “suspended.”

Previous administrations met with the board immediately, Knowles noted, having served on the board for seven years.

A request for comment has not been returned by the Interior Department.

Eight of the nine who were part of the letter had terms expiring in May, and suspected Interior was running out the clock.

“For the last year we have stood by waiting for the chance to meet and continue the partnership between the NPSAB and the DOI as prescribed by law,” the letter reads. “We understand the complexity of transition but our requests to engage have been ignored and the matters on which we wanted to brief the new department team are clearly not part of its agenda.”

“I have a profound concern that the mission of stewardship, protection, and advancement of our National Parks has been set aside,” the letter said.