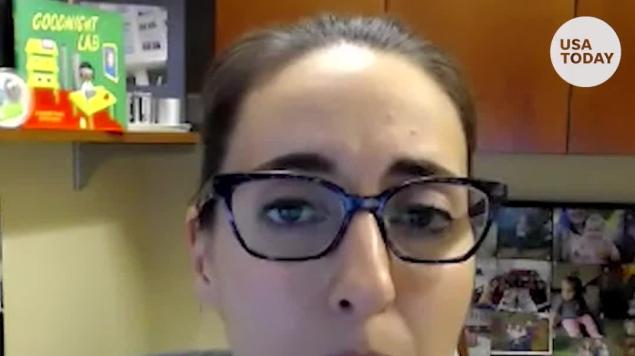 As tends to happen in Wisconsin politics these days, the battle over reopening the state is headed to the courts.

Evers had issued a “Safer at Home” order March 24, which restricted movement and business activity in the state through April 24. On April 16, that order was extended to May 26, this time signed by Department of Health Services Secretary Andrea Palm.

Assembly Speaker Robin Vos and Senate Majority Leader Scott Fitzgerald made their case for an injunction blocking Palm in a joint statement released the same day as the lawsuit. After referencing “public outcry” and condemning Evers for “unprecedented administrative overreach,” the three-paragraph statement ends with this:

“The constant stream of executive orders … are eroding both the economy and their liberty even as the state is clearly seeing a decline in COVID infections.” (Read the statement here posted on Facebook.)

We’ll leave the determinations on scope of authority to the courts, but the last bit of that is clearly a data-based claim.

Are infections “clearly” on the decline in Wisconsin?

The COVID-19 pandemic in Wisconsin

At the time of the joint statement, COVID-19 had resulted in 242 deaths in Wisconsin, with 4,620 people testing positive for the disease.

Kit Beyer, a spokeswoman for Vos, said the decline claim was based on hospitalization data and the hospital resource usage estimated in a model by the Institute for Health Metrics and Evaluation at the University of Washington.

The oft-cited model, last updated April 17, projected Wisconsin’s peak resource usage to be somewhere between April 10 and April 18. It’s an estimate based on the institute’s formula, not a firm calculation based on actual figures. The model has drawn some criticism for its methodology, which experts say could make it ill-suited to help determine when to ease social distancing restrictions.

As with most data sets, labeling something an upward or downward trend depends entirely on which part of the data one pluck out. So here’s what we found looking at both recent days and the full month of April.

This is the lone metric that shows a decline over the last couple of weeks.

After rising to start the month, the daily tally leveled off around 440 per day from April 9-14.

The number then dropped for two days before holding steady between 357 and 361 from April 17-21.

The daily numbers move up and down a bit but have stayed largely consistent throughout April.

Zooming in to the last six days (April 15 to 20), Wisconsin had between 147 and 170 new confirmed cases per day. The tally was lower the days before that due to a lower number of tests being performed.

The most recent tally released prior to the statement from Vos and Fitzgerald was April 20, with 153 cases, up six from the day before. That’s on par with the April average of 157 new cases per day.

Wisconsin has averaged 10.7 coronavirus deaths per day throughout April, with daily tallies ranging from six to 19.

The week prior to the statement from Vos and Fitzgerald, Wisconsin averaged 10.9 deaths, including 10 on April 20.

We rate this claim PARTLY FALSE because some of it is not supported by our research. There are a lot of ways to slice the coronavirus data, but the claim that Wisconsin “is clearly seeing a decline in COVID infections” is an exaggeration. Hospitalizations, though flat for several days before this claim, were indeed down slightly from a previous peak. That’s the element of truth here. But the two indicators most in line with the reference to a decline in “infections” weren’t. New cases and deaths in the week before this claim were roughly in line with both the preceding week and the averages for the month of April.