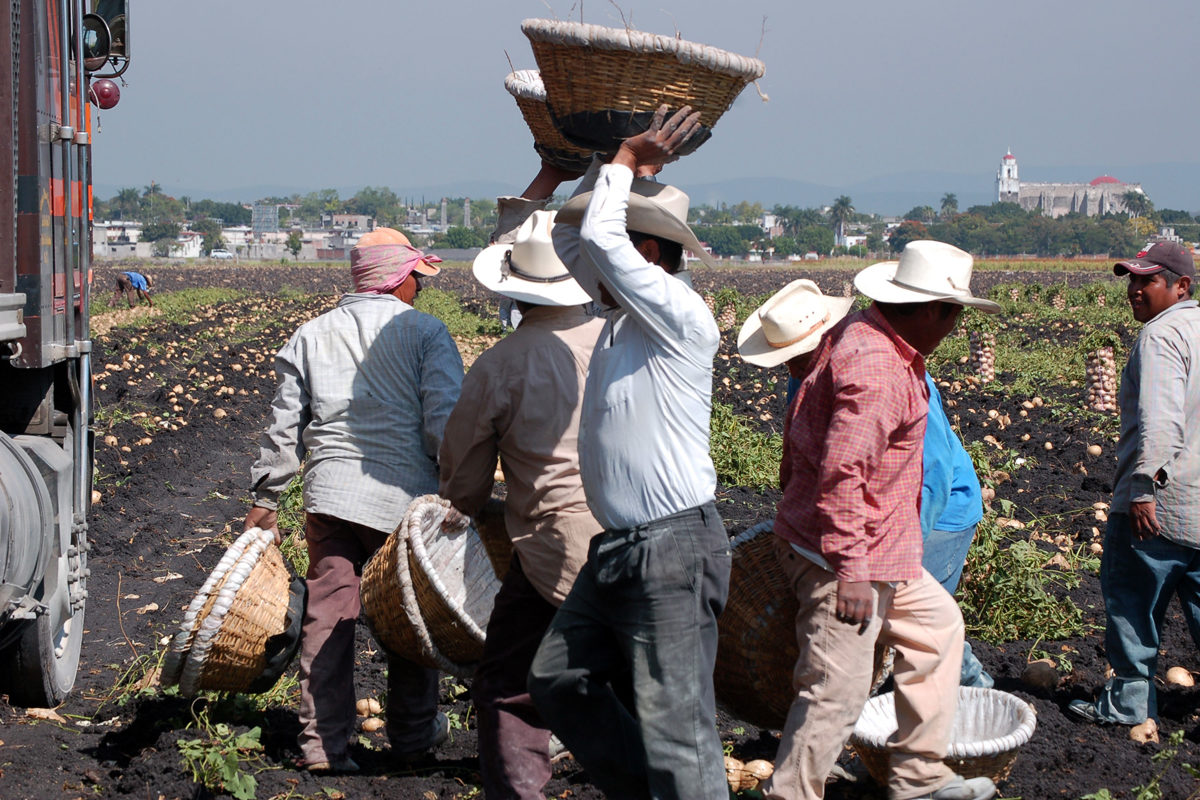 The severity of working conditions for farmworkers around the world is so striking it can inspire disbelief.

Consider, for example, the fact that in the past few decades, eight cases of slave labor have been brought against employers in Florida’s tomato fields. Or the fact that as recently as October, six people who were forced to work on cocoa farms as children without pay won an appeal to sue Nestlé and Cargill on the basis that the companies knowingly condoned slave labor. In another example, more than a decade ago, Chiquita Brands International admitted to paying $1.7 million to a Colombian paramilitary group “to kill or intimidate” workers who were promoting collective bargaining on banana plantations.

The latter is one of several examples highlighted in a new report completed by the United Nations Special Rapporteur on the right to food, Hilal Elver, in an effort to call attention to some of the conditions affecting farmworkers using the lens of hunger. While other publications and organizations have highlighted the paradox inherent in workers who produce food struggling to feed themselves, this report is unique in its comprehensive outline of the problem as a global issue and its attention to the systemic causes of food insecurity.

More than one billion people around the world play a critical role in producing food, and the report shows they often work long hours for low wages, live in isolated rural areas, and lack rights afforded to workers in other industries, including the right to organize.

Elver sees correcting all of those issues as critical to workers being able to realize their “right to food,” and she’s used her position to dig deep into the root causes of food insecurity and expand the understanding of that “right” in the past. Her previous reports, for example, have looked at how the overproduction of cheap, nutrient-poor industrial foods are not solving the world’s hunger problem and how excessive use of pesticides threatens human health and the global food supply.

Her pesticide research, in fact, inspired Elver to dedicate this latest report to farmworkers’ rights. “I found out that agricultural workers are the real victims” of pesticide use, she said in an interview with Civil Eats.

The Food Chain Workers Alliance, WhyHunger, and the Rural Migrant Ministry recently co-hosted an event at the Church Center of the United Nations to release the report, and representatives from all three organizations offered insights from their own work to support its findings.

Suzanne Adely, from the Food Chain Workers Alliance, pointed out that in the U.S., food workers have higher rates of food insecurity than workers in any other industry. Jose Chapa, from the Rural Migrant Ministry, talked about his work advocating for a New York State law that would grant farmworkers the right to organize for better conditions.

In the end, Elver’s report and the experiences of all of the groups represented speaks to “the need for us to continually break out of sectoral silos,” said WhyHunger’s Alison Cohen. “We talk about labor, we talk about food, we talk about housing, we talk about water, we talk about the environment—and increasingly we’re understanding that these are all deeply, deeply interconnected.”

Civil Eats spoke with Elver after the event about those connections, the report’s findings, and how food insecurity among farmworkers can be most effectively addressed.

When you say “agricultural workers,” who exactly are you talking about? Do small farmers who work their land themselves count?

I sort of made a larger definition—whoever works, either with contract or without contract, producing food and giving their physical power to the system. For instance, if you look at subsistence farmers, they work together with their families—women and children are the workers [as well], but they don’t get a salary and they don’t have a contract. So [by] my definition… it doesn’t matter if they are paid or non-paid—[if] they are working in agriculture, that’s my argument. Maybe from a very legalistic point of view, they are not workers, but they are actually workers.

Your job is to report on the right to food, but this report is more about the labor issues that lead to hunger, including low wages and working conditions. Are you seeking to draw connections between systemic economic issues and food insecurity?

If you look at the whole economic system in relation to the production of food, especially in the last 20 or 30 years … when it became industrialized, these subsistence farmers became workers for the big companies. They have no way to make their own decisions. The companies are coming and they’re telling you what to produce. They give them a seed, they give them fertilizer and chemicals, they come and collect, and they make the decision about the price. So they are in a completely non-negotiable situation when they produce this food—it doesn’t matter if they’re the owner or the worker, whatever. This is the kind of system right now that we are dealing with.

How do conditions for agricultural workers in the U.S. compare to other parts of the world?

I looked at differences between developing countries and developed countries. The U.S. is not alone. For instance, if you look at Italy, Spain, and Canada, you find a similar kind of system, basically undocumented workers [doing agricultural work]—they’re not citizens, they have no rights, and they definitely are in an informal system.

I live in California, and I see with my own eyes what’s happening in the agricultural system. California is basically [a producer of] specialty food, or fruits and vegetables that need a lot of human power to collect. You see people collecting strawberries on the farm—they don’t have any documentation, they can’t even speak Spanish [because they speak indigenous languages]… Nobody understands them [which makes it easier to exploit them]. It is a serious kind of disconnect with producers and exploitation.

Your recommendations are mostly about governments exercising regulation to improve labor rights for workers—the section on the role of industry is very limited. Why?

It’s a very important role corporations play. They are basically promoting basic corporate responsibility, which means, “Okay, we’re going to do good things, but don’t investigate, don’t monitor me, it’s going to be voluntary.” Voluntary is never going to work. Some companies are good companies, and I’m not saying everyone is bad, but most of the corporate social responsibility should be regulated and monitored by third parties. It could be governments or worker unions.

Speaking of worker activism, you mention the success the Coalition of Immokalee Workers has had with their Fair Food Program (FFP). Did you see other examples of worker-led movements around the world?

I think that in the U.S., the FFP is very, very interesting. I really don’t know if there are other examples [like it]. In Italy, there was a citizen movement to deal with criminal activity. In Italy, Mafia-like organizations [are] buying people and selling them to corporations, and it created huge public outcry, leading the creation of a law [that mandates tougher penalties for farm owners who abuse workers]. This law is difficult to implement, but at least in 2016, they [created] it. That was a law that came not from workers but from citizens, from consumers.

Speaking of consumers, what can they do to promote the rights of agricultural workers?

Consumers should be conscious about what they buy, from whom, and how the food comes to their table. In order to do this, we have to raise the consciousness. This consciousness is very new. It takes time. We have to really question our supermarkets, for example. Supermarkets should be places where people question what they buy. In the U.S. and Europe, because of the internationalization of the food trade system, it’s very difficult to trace where you get the food or who is making the food, but it could be a starting point.

In the end, you’re talking about the right to food, but a lot of the countries that you talk about, including the U.S., haven’t actually ratified the international agreements that recognize that right. So how can state action be compelled?

In writing this report and exposing the situation to the governments, we’re saying ‘We’re aware you’re not following the international laws [that guarantee the right to food]. You don’t ratify, you don’t internalize, and you don’t do your job.’ That’s kind of a warning system. As many other human rights reports do, we don’t do naming and shaming, but we [do] have some examples. At least we can open a discussion.