What Produce Should You Be Buying Organic? 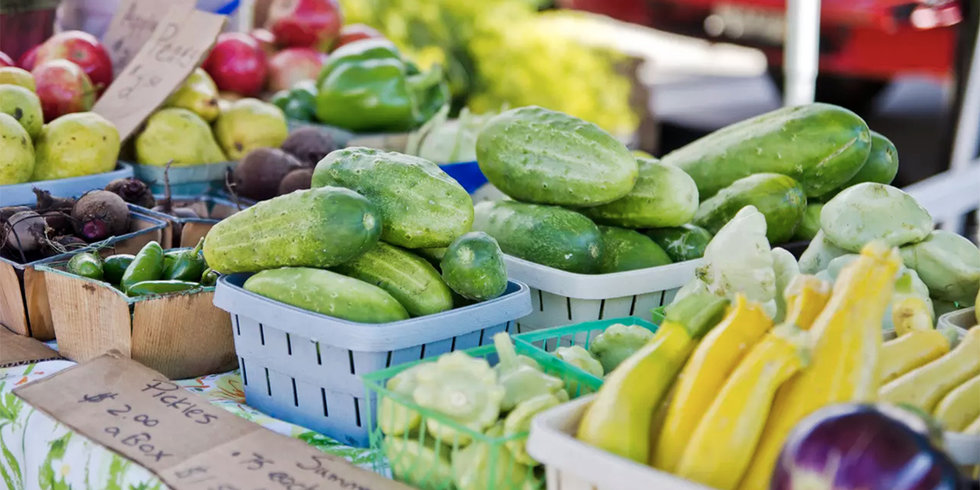 All adults and children should eat more fruits and vegetables, whether they are organic or conventionally grown. With EWG’s 2018 Shopper’s Guide to Pesticides in Produce™, you can choose healthy produce while minimizing unwanted doses of multiple toxic pesticides.

The USDA tests found a total of 230 different pesticides and pesticide breakdown products on the thousands of produce samples analyzed. EWG’s analysis of the tests shows that there are stark differences among various types of produce. The Shopper’s Guide lists the Dirty Dozen™ fruits and vegetables with the most pesticide residues, and the Clean Fifteen™, for which few, if any, residues were detected.

Key findings from this year’s guide:

More than one-third of strawberry samples analyzed in 2016 contained 10 or more pesticide residues and breakdown products.

More than 98 percent of samples of strawberries, peaches, potatoes, nectarines, cherries and apples tested positive for residue of at least one pesticide.

Spinach samples had, on average, almost twice as much pesticide residue by weight compared to any other crop.

Avocados and sweet corn were the cleanest. Less than 1 percent of samples showed any detectable pesticides.

More than 80 percent of pineapples, papayas, asparagus, onions and cabbages had no pesticide residues.

No single fruit sample from the Clean Fifteen tested positive for more than four pesticides.

“It is vitally important that everyone eats plenty of produce, but it is also wise to avoid dietary exposure to toxic pesticides, from conception through childhood,” said Sonya Lunder, senior analyst with EWG. “With EWG’s guide, consumers can fill their fridges and fruit bowls with plenty of healthy conventional and organic produce that isn’t contaminated with multiple pesticide residues.”

Twenty-five years after the National Academy of Sciences issued a landmark report raising concerns about children’s exposure to toxic pesticides through their diets, Americans still consume a mixture of pesticides every day. While vegetables and fruits are essential components of a healthy diet, research suggests that pesticides in produce may pose subtle health risks.

Women who reported eating two or more servings per day of produce with higher pesticide residues were 26 percent less likely to have a successful pregnancy during the study than participants who ate fewer servings of these foods. Male participants who ate high-residue produce had poorer sperm quality. Both studies enrolled couples seeking treatment at a fertility clinic, and found that the frequency of eating low-residue fruits and vegetables was not associated with fertility problems.

The findings from the studies raise important questions about the safety of pesticide mixtures found on produce, and suggest that people should focus on eating the fruits and vegetables with the fewest pesticide residues. Importantly, the studies’ definitions of higher- and lower-pesticide foods mirror those used for EWG’s Dirty Dozen and Clean Fifteen lists.

Pesticide That Causes Brain Damage in Kids Detected on Some Produce

The neurotoxic insecticide chlorpyrifos, which can harm children’s brains and nervous systems, is applied to apples, bell peppers, peaches, nectarines and other produce.

The U.S. Environmental Protection Agency was slated to ban all uses of chlorpyrifos on foods in early 2017. But EPA Administrator Scott Pruitt reversed course after Dow Chemical, which manufactures the chemical, complained. The American Academy of Pediatrics and EWG urged Pruitt to reconsider his decision, to no avail.

The Academy, which represents 66,000 of the nation’s pediatricians, recommends that parents consult EWG’s Shopper’s Guide to help reduce their children’s ingestion of pesticides.

“There is a reason pediatricians encourage parents to consult EWG’s guide and take other steps to reduce their child’s exposure pesticides,” said Dr. Philip Landrigan of the Icahn School of Medicine at Mount Sinai in New York. “Pesticides can cause harm to infants, babies and young children at even low levels like those found on some foods.”

Landrigan, dean of global health and director of the Children’s Environmental Health Center at Mt. Sinai, was the principal author of the National Academy of Sciences study, Pesticides in the Diets of Infants and Children. The study led to enactment of the 1996 Food Quality Protection Act, which set safety standards for pesticides on foods.

The best of EcoWatch, right in your inbox! – EcoWatch

One Mom’s Campaign to Save the Swimmers

Dr. Hyman: ‘Your Fork Is the Most Powerful Tool to Transform Your