What All Parents Need to Know About Pesticides in Produce

Every spring the Environmental Working Group (EWG) releases our Shopper’s Guide to Pesticides in Produce™. The guide can be used by anyone trying to avoid pesticides, but it’s especially important for parents to limit their children’s exposures to these toxic chemicals.

Pesticides on Produce: The Dirty Dozen and Clean Fifteen

What should you be buying organic? Read more: ecowatch.com/ewg-2018-shoppers-guidevia Environmental Working Group

This year marks the 25th anniversary of a landmark study by the National Academy of Sciences that warned children’s exposure to toxic pesticides through food could harm their health. The study is just as important today. Although many toxic pesticides have been removed from the marketplace, we now also know much more about how pesticide intake negatively affects kids’ developing bodies.

The American Academy of Pediatrics, which represents tens of thousands of children’s doctors, recommends the Shopper’s Guide to pediatricians when consulting with parents about reducing pesticide exposures in their children’s diets. Here’s some key information that every parent or expecting parent should know:

Children eat many more fruits and vegetables relative to their body weights than adults do, which can increase their pesticide exposures. This is especially true if they’re eating conventionally grown produce that lands on our Dirty Dozen list. 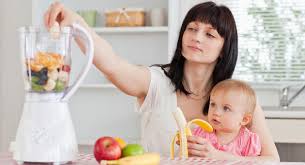 Several long-term studies of U.S. children, in both farming and urban communities, found exposure to organophosphate pesticides caused subtle but lasting damages to their brains and nervous systems. But last year, the Environmental Protection Agency cancelled a scheduled ban of a dangerous organophosphate called chlorpyrifos.

Non-organic strawberries have topped the Dirty Dozen list for the third year running. This year, EWG found conventionally grown strawberries contained an average of 7.8 different pesticides per sample, almost four times the average of all other produce. According to the University of Illinois Extension, over 53 percent of 7- to 9-year-olds picked strawberries as their favorite fruit. And 94 percent of U.S. households consume strawberries. 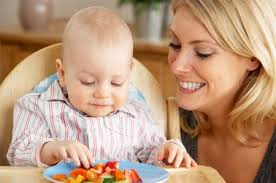 Conventional apples and pears remained on the Dirty Dozen this year. Some samples of these fruits contained pesticides that have been banned in Europe.

A 2015 peer-reviewed study found that pesticide levels in children dropped dramatically within days of adopting an organic diet.

Click here to get a PDF copy of the guide.

EWG is committed to providing parents with vital information on children’s exposures to environmental contaminants. Stay tuned in to EWG’s work, in particular their Children’s Health Initiative, for the latest breaking news and analysis.

Every Parent Concerned About Their Kids’ Health Should Read This