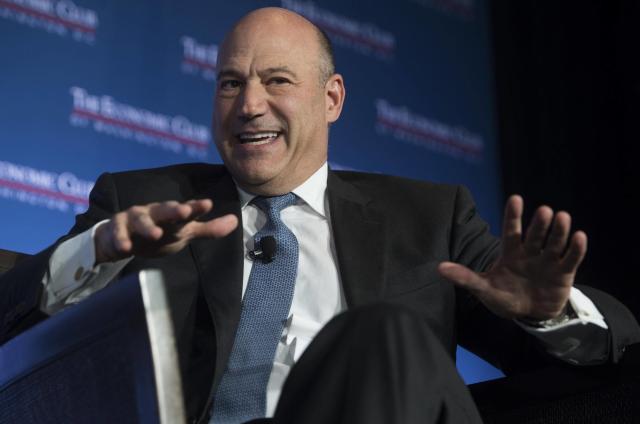 White House economy adviser Gary Cohn appeared perplexed this week when a room full of CEOs said that the Trump administration’s tax plan wouldn’t inspire them to increase capital investments, but experts say that their reluctance to say they would should come at no surprise at all.

During an event for the Wall Street Journal’s CEO Council, an editor at that newspaper turned to ask the room a question: “If the tax reform bill goes through, do you plan to increase investment — your company’s investment, capital investment?” Prompted to raise their hands if so, very few shot their palms into the air. Mr Cohn, the White House Economic Council director, smiled uncomfortably at the response.

“Why aren’t the other hands up?” he asked, making a joke out of the spectacle.

But experts say that it isn’t hard to figure out why corporations might not want to take savings from cuts to the corporate tax cut and pump it back into their companies — all you have to do is look at who actually benefits financially from the cuts.

Citing a recent Moody’s report that estimate that the Trump tax plan would yield just a 0.3 percent economic growth rate for 10 years before a likely decline, Brooking Institute senior fellow William Gale noted that business leaders might be expecting declines in the long term.

“The reason there is so little growth to come out of the plan, and the reason why the executives were not so enthused to invest more, is that one of the biggest effects of the corporate tax rate cut is to provide a windfall gain to the owners,” Mr Gale told The Independent in an email.

“The rate cut rewards *old* investment, the returns to which are coming due now and being taxed as corporate income,” Mr Gale continued. “This is a very inefficient way to stimulate investment.”

In their efforts to pass a sweeping tax overhaul, Republicans have proposed a permanent and large tax cut for big businesses, even while American families would only receive a temporary tax cut that could expire as soon as 2023 (if the current House bill is approved) or 2026 (through the Senate’s current bill).

The corporate tax rate, currently at 35 per cent, would be cut to 20 per cent, which Republicans have argued will lead to faster growth, and more jobs.

In a call with reporters last month, Kevin Hassett, the chairman of the Council of Economic Advisers, said that the cuts to the corporate tax rate would boost wages because it would make it less expensive for businesses to invest in capital assets, like machines.

“More assets like machines let workers produce more, and when workers can produce more, businesses can afford to pay their workers more,” he said.

The response from Americans to the tax plan has been, generally, that the US population thinks the tax overhaul is meant to help out the rich, not the middle class. Public opinion polls, like the Quinnipiac poll released Wednesday, show that just 16 per cent of Americans think the overhaul will reduce how much they pay in taxes.

Meanwhile, a full 61 per cent say that they think the wealthy in America will benefit the most.