The analysis of the president’s nominees was released by Democrats on the Senate Judiciary Committee. 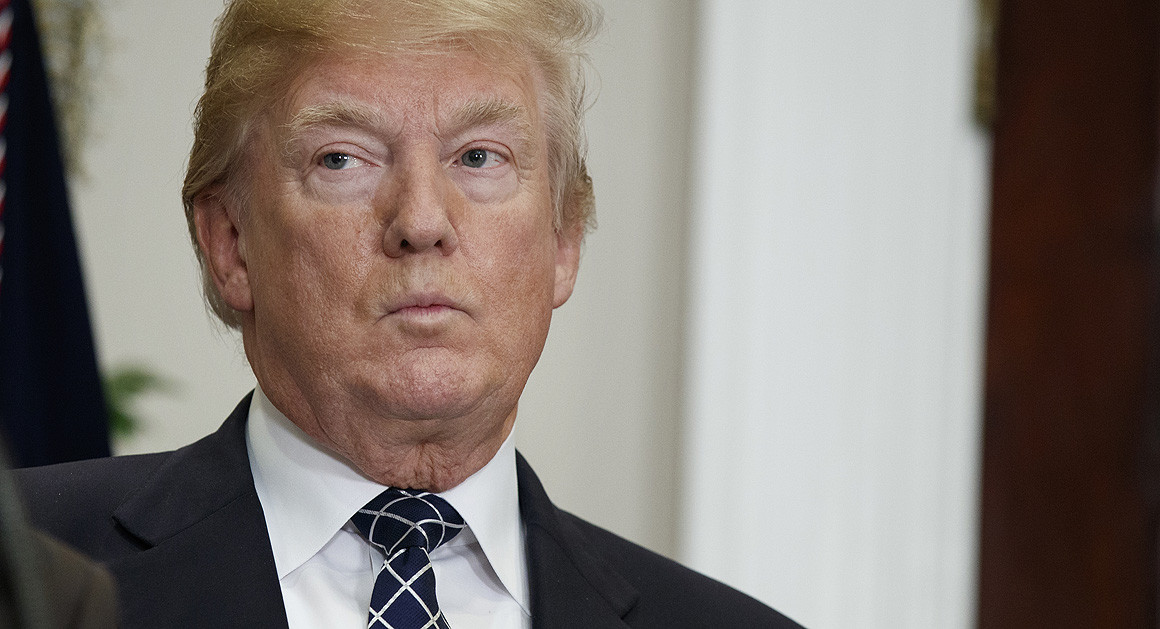 According to the report, the diversity of President Donald Trump’s judicial picks lags behind his predecessor, Barack Obama. | Evan Vucci/AP Photo

President Donald Trump’s picks for top prosecutors and judges are overwhelmingly white men, according to an analysis released by the Democratic members of the Senate Judiciary Committee on Thursday.

The report slams Trump for what the Democrats describe as “degradation of the judicial nominations process, the lack of diversity among President Trump’s nominees, and this administration’s commitment to nominate ideological, often-unqualified candidates.”

The report contrasts the numbers with former President Barack Obama, who made diversity in the judiciary a priority. In Obama’s first year, 42 percent of his judicial nominees were women and 52 percent were people of color.

But in the process of highlighting the demographics of Trump’s nominees, the Democratic report also underscores Senate Majority Leader Mitch McConnell’s success in confirming judicial nominees with rapid speed — a top priority for the Kentucky Republican and his party.

Conservative activists made a reshaping of the judiciary — and especially filling Antonin Scalia’s vacancy on the Supreme Court — a crucial element in the argument in favor of electing Trump. Trump has kept up his end of the bargain with alacrity, making judicial nominations a central part of his agenda on Capitol Hill, and McConnell has used the reshaping of the courts to help maintain unity within his occasionally fractured conference.

“Along with significant legislation benefiting the middle class and a growing economy, Sen. McConnell has made the confirmation of judicial nominations a top priority,” McConnell spokesman Don Stewart said in an email. “The fact that the Republican Senate has been able to confirm so many nominees despite historic and relentless obstruction from Senate Democrats, is a testament to the priority the Leader, our Conference and the White House have put on nominating, vetting and confirming well-qualified nominees.”

The judiciary is not the only area in which Trump has been criticized for not emphasizing diversity. Democrats have been critical of Trump for naming just one African-American to his Cabinet, and having no African Americans serving as senior aides in the White House.

The White House did not immediately respond to a request for comment.