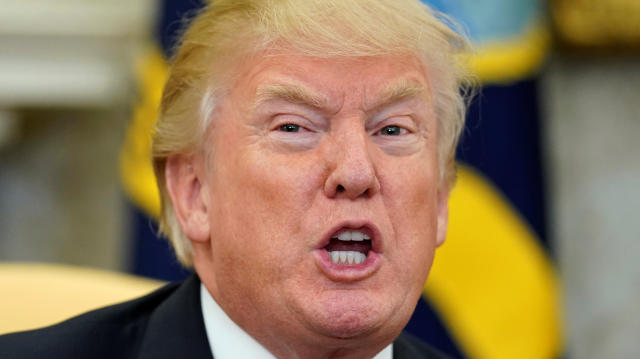 While President Donald Trump rails at American companies that hire foreign workers, he’s not following his own advice. Of 144 openings at three of his properties, including Mar-a-Lago, only a single one went to an American, according to Department of Labor records. The rest went to seasonal foreign workers in the U.S. on special visas requested by the Trump Organization, reports Vox.

An examination of filings by the Trump Organization with the Labor Department from 2016 to 2017 reveals that a lone American worker, a cook, was hired in August 2016 among 144 open positions for servers, cooks, housekeepers and bartenders, Vox found. Most of the jobs were at Mar-a-Lago in Palm Beach, Florida, Trump’s favorite weekend getaway. The others were the National Golf Club in Briarcliff Manor, in New York, and Trump National Golf Club in Jupiter, Florida. The jobs generally pay $10 to $13 an hour.

Mar-a-Lago was granted 70 visas to bring in foreign workers just last year for the winter season beginning in October. That was a 9 percent increase over the previous year.

Since 2010 Mar-a-Lago alone has obtained a total of 500 H-2B visas for seasonal workers, many of them from Haiti and Romania, sources have told The New Yorker.

In January Trump’s Department of Homeland Security removed Haiti from the list of more than 80 countries eligible for those visas as well as for the H-2A farm-worker visas, citing “high levels of fraud and abuse” and a “high rate of overstaying the terms” of their visas. Fortune magazine warned that the crackdown on Haitian workers could “cripple” Mar-a-Lago since the resort has long relied on Haitians. DHS took the action just days after Trump complained about immigrants from what he reportedly called “shithole countries,” referring to Haiti and African nations.

The H-2B visa program allows non-agricultural, seasonal employers — such as hotels — to hire foreign workers but only when the businesses can’t find Americans to fill the jobs. The Trump administration temporarily expanded the program in 2017, which benefited Trump businesses. At the same time, the president restricted the H-1B program for highly skilled immigrants.

Companies are required to run two want ads in local newspapers before applying for foreign worker visas. Mar-a-Lago placed two hard-to-find classified ads in tiny type with no phone number or email information, according to a Washington Post report last year. Workers could apply for the jobs only by fax or mail.

CareerSource Palm Beach County, a nonprofit placement agency, told The Palm Beach Post at the time that they had thousands of Americans eager to work at Mar-a-Lago.

Trump has criticized Ford Motor Co., Carrier Corp. and others for moving manufacturing jobs to Mexico. Mar-a-Lago was applying for the foreign worker visas last July at the same time the president launched “Made in America Week” at the White House.

Trump said then: “We believe jobs must be offered to American workers first. Does that make sense?”

CNN reported in 2016 that Trump businesses had employed at least 1,256 foreign workers in the previous 15 years. Trump Vineyard Estates filed requests for visas to bring in foreign farm-workers at its Virginia winery in 2016 and 2017.