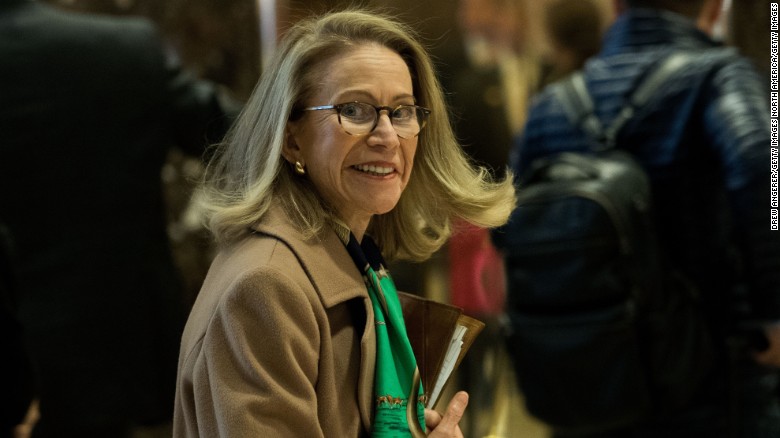 (CNN)President Donald Trump’s nominee to be the White House’s senior environmental adviser told a Senate committee Wednesday that controversial comments she made, including comparing the belief in global warming to paganism, were taken out of context but added there could have been some mistakes in her writings.

CNN’s KFile previously reported that in 2016, Kathleen Hartnett White described the belief in global warming as a “kind of paganism” for “secular elites.” She also said the goal of climate activists and the United Nations was an all powerful one-world government and “planetary management.”

Democratic Sen. Jeff Merkley from Oregon pressed White about her past comments at her confirmation hearing to be chair of the White House’s Council on Environmental Quality.

“I believe those words, senator, with all due respect, have been taken out of context,” White responded.

Merkley then noted that there are multiple quotes from White “calling environmentalists Marxist, and those who are concerned about climate change as pagans.”

“I think I submitted about 100 pages of either commentaries or research studies that I have done. In that entire corpus there may be some mistakes,” White responded.

White did not immediately respond to questions from CNN asking which quotes she believed were taken out of context.

Later in the exchange, White said she did believe the planet was getting warmer but did not believe carbon dioxide levels had gone up dramatically.