The United States Power Scares These Seven Countries, Which See It as a National Threat 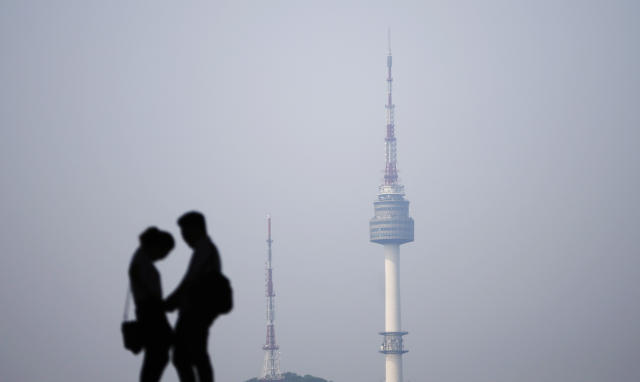 The United States is viewed as a major national threat—taking a place alongside the Islamic State militant group (ISIS), global climate change and cyberattacks—by majority of citizens from seven countries, including some long-standing American military allies, according to a 38-country Pew Research Center survey released Tuesday.

Though 18 of the countries pegged ISIS as the biggest threat, strong majorities in countries including South Korea (70 percent), Japan (62 percent) and Turkey (72 percent) see U.S. power and influence as significant threats to their respective nations.

Sixty-two percent of people in Mexico, the U.S.’s immediate neighbor to the south and often a punching bag for President Donald Trump’s immigration policies, register the U.S. as a threat, and it is seen that way by 59 percent in Spain, 55 percent in Indonesia and 57 percent in Chile.

The survey also asked respondents about potential fears regarding Russia’s and China’s power and influence. South Korea listed China at 83 percent, perhaps a result of its being viewed as enabling the rival North, and Russia at 46 percent. The Japanese also expressed more concern with China than the U.S., but only slightly at 64 percent. Just 43 percent listed Russia as a threat.

Turkey’s numbers dropped significantly when respondents were asked about Russia and China, coming in at 54 percent and 33 percent, respectively.

Historically, the U.S. has had a deep and strong military presence in Turkey, Japan and South Korea, particularly Japan following the end of World War II and South Korea after the Korean War in the early 1950s. As of the end of last year, almost 39,000 U.S. troops were stationed in Japan, and nearly another 23,500 were in South Korea.

But of late, conflicts in the Middle East and the potential for another major conflagration in East Asia may have upset the balance in the three countries, which have been pivotal in the U.S.’s military operations for decades.

Both Japan and South Korea stand at the forefront of opposition to North Korea and leader Kim Jong Un’s missile and nuclear tests. The most recent launch, on July 28, involved an intercontinental ballistic missile that traveled 2,300 miles in the air and covered a distance of 621 miles before splashing down near Japan. One expert told CNN that if the missile was set up to fly on a flat or standard trajectory, it was capable of reaching such major U.S. cities as Los Angeles, Chicago or New York.

South Koreans were particularly angered that the U.S. deployed the THADD anti-missile system in their country, viewing it as an escalation and a potential provocation to Kim. And the relocation of a Marine Corps air base in Okinawa has raised tensions among Japanese residents.

Turkey has helped the U.S. in its fight against ISIS in Syria and Iraq, but its government was angered by the Americans’ arming of the Syrian Kurdish YPG militia to oppose ISIS. The Turks consider the YPG to be a security threat and an arm of the Kurdistan Workers’ Party, which has led an insurgency against the Turkish government for decades, according to Reuters.

In May, a top Turkish newspaper published an editorial that called for U.S. troops and warplanes to be kicked off the Incirlik Air Base because of the YPG arming.