The President* Is in an Outright Frenzy Over the Mueller Probe 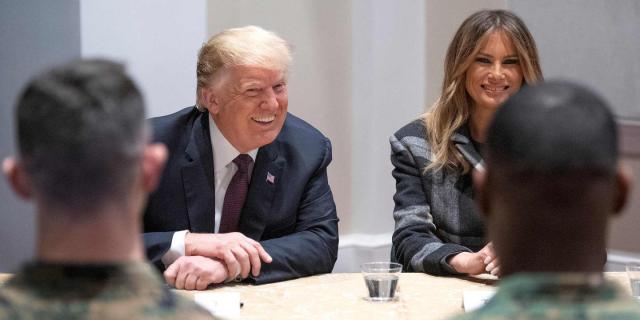 Dr. Mortimer looked strangely at us for an instant, and his voice sank almost to a whisper as he answered:- ‘Mr. Holmes, they were the footprints of a gigantic hound!” –The Hound of the Baskervilles, Sir Arthur Conan Doyle, 1902.

The Mueller probe-what he knows and about whom and when in god’s name is he going to tell the rest of us-hangs over everything in our politics now. In many ways, it has entered the realm of legend, since the facts Mueller and his team have accumulated remain their own private property. The investigation now has taken on a talismanic quality; the great Democratic sweep in the recent midterm elections have presented us with an incoming House majority that will take a more active interest in Mueller’s findings than the departing Republican majority would have.

Because of this, and before they even discover where to get a decent takeout lunch in the Capitol, the new members of Congress enter into their jobs knowing that a huge and consequential series of acts already predetermined are about to fall upon them, but nobody knows exactly what those will be, and most of the newcomers are positively nerve-struck at the idea of talking about what those acts might be.

Even worse, down at Camp Runamuck, the target of the investigation is shredding his last nerves and flinging them out onto the electric Twitter machine in what only can be called an outright frenzy. To wit, and just from Thursday morning:

The inner workings of the Mueller investigation are a total mess. They have found no collusion and have gone absolutely nuts. They are screaming and shouting at people, horribly threatening them to come up with the answers they want. They are a disgrace to our Nation and don’t…….care how many lives the ruin….These are Angry People, including the highly conflicted Bob Mueller, who worked for Obama for 8 years. They won’t even look at all of the bad acts and crimes on the other side. A TOTAL WITCH HUNT LIKE NO OTHER IN AMERICAN HISTORY!…Universities will someday study what highly conflicted (and NOT Senate approved) Bob Mueller and his gang of Democrat thugs have done to destroy people. Why is he protecting Crooked Hillary, Comey, McCabe, Lisa Page & her lover, Peter S., and all of his friends on the other side.

I pity the poor staffer who’s tasked every morning with scouring the White House trying to find the president*’s hinges. All of this is simply a farrago of Foxified nonsense. Mueller is a Republican who also worked for the Bush Administration and, oh, why bother?

There is, however, a sense of something big suddenly Closer Than It Appears in the White House side-mirrors. And the new members of the House are going to have to get comfortable with the fact that history is going to be dropped on them in one big and unwieldy lump as soon as they’re all sworn in. They may have come to Washington to work on infrastructure or education or healthcare or the opioid epidemic, but confronting a renegade profiteer (and, very likely, criminal) president* is going to tie up a great deal of their first term in Congress.

Because the president* is losing it bigly, and because Bob Mueller, with no expression on his face, is reaching across his desk for another file.