Democrats have launched a serious bid to win an April 24 special election for Arizona’s 8th Congressional District, scaring national GOP groups into spending major money on a seat that was once considered safely Republican.

Democrat Hiral Tipirneni, 50, a physician and an advocate for cancer research, is taking on Republican Debbie Lesko, 59, a conservative state senator, to fill a suburban Phoenix seat vacated by Rep. Trent Franks (R). Franks resigned in December after it emerged that he had offered a female aide $5 million to serve as a surrogate mother for his children. 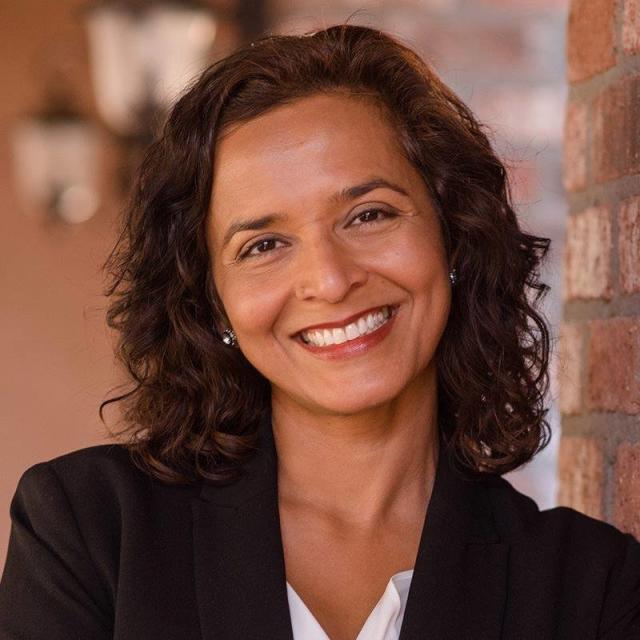 Although the odds of Tipirneni flipping the seat are not in her favor, her candidacy has excited the Democratic base, enabling the party to improve its chances in other races. In November, Arizona Democrats hope to take control of the state Senate and plan to mount serious bids for the governorship and an open U.S. Senate seat.

“The party is confident that 2018 could be a big year for Arizona,” said Drew Anderson, spokesman for the Arizona Democratic Party.

Arizona’s 8th Congressional District is composed of suburbs north and west of Phoenix. The district is home to a large number of retirees: More than one-fifth of residents are 65 or older.

In 2016, President Donald Trump defeated Democratic rival Hillary Clinton in the district by 21 percentage points. That same year, the district re-elected Franks by an even wider margin, but his main opponent was from the Green Party, not the Democratic Party.

Other parts of Arizona, including adjacent areas of the Phoenix metropolitan area, have been trending more Democratic. Clinton lost the state by just 3.5 percentage points, and in Maricopa County, which encompasses greater Phoenix, voters ousted Joe Arpaio, the notoriously anti-immigrant sheriff.

Now, in a reflection of this year’s higher-than-usual Democratic enthusiasm, public polling indicates that the race for Arizona’s 8th is competitive. Tipirneni even leads Lesko by 1 percentage point in an Emerson College poll released Monday, although political strategists still see her as an underdog.

The outside airpower aims to narrow the damage of Tipirneni’s fundraising lead over Lesko. Tipirneni has raised $740,000 compared with Lesko’s $564,000 haul. (Former Rep. Franks is among Lesko’s high-dollar donors, contributing the maximum of $2,700 allowed from an individual.)

And while the Arizona Democratic Party has pitched in for Tipirneni with a field office, staff and get-out-the-vote resources, national Democratic groups, including the Democratic Congressional Campaign Committee and the Democratic National Committee, have not given her any cash directly.

The DNC has, however, used its email list to fundraise for Tipirneni. It also contributed a five-figure grant to the Arizona Democratic Party for voter outreach and registration through its State Party Innovation Fund, though the grant is not earmarked for use in the special election for Arizona’s 8th District.

Tipirneni’s biggest individual national booster may be Ady Barkan, an ALS-stricken activist who leads the progressive Center for Popular Democracy Action. Barkan, who played a lead role in Capitol Hill protests against the GOP tax cuts, traveled to the district to campaign for Tipirneni ― and press Lesko about her stances on cutting major social insurance programs.

Asked whether she was disappointed that the national party had not provided more support for her bid, Tipirneni responded indirectly.

“We have learned very clearly that every state is worth contesting and every race is worth investing in,” Tipirneni told HuffPost in an interview. “We’ve learned that repeatedly, so I don’t know why we’re even addressing it.”

An aide to Lesko said he would respond later this week to detailed questions about her policy stances and campaign. HuffPost will update this article accordingly.

It is hard not to see in the race for Arizona’s 8th some of the same elements that propelled Democrats to an upset victory in the March 14 special election for Pennsylvania’s 18th Congressional District.

Tipirneni is benefiting from the enthusiasm and mobilization of the district’s Democratic voters, particularly suburban women, in the wake of Trump’s election.

Recent policy battles in Arizona, one of several GOP-controlled states experiencing a backlash, including threatened teacher strikes, after years of fiscal austerity, have created a ready-made corps of activists primed to canvass for Tipirneni. Many of the same women knocking on doors for Tipirneni now had already mobilized against a bill in the state Legislature expanding private school vouchers. Lesko was a sponsor of the school voucher bill, which has since become a law that’s being challenged on the November ballot.

At the same time, Tipernini is keenly aware that she needs the support of independents and Republicans to win. To this end, she has not made Trump a focus of her run ― or really spoken much about him at all.

“When people ask, I speak about him,” Tipirneni told HuffPost. Even then, Tipirneni does not dwell much on Trump as a person. She criticizes the president in the context of his work with congressional Republicans to pass policies Tipirneni opposes, such as the tax cut legislation, which she calls “atrocious.”

It’s just unconscionable that on the backs of seniors they would pay for this huge corporate tax cut. Hiral Tipirneni, Democratic candidate for Arizona’s 8th Congressional District seat

Indeed, Tipirneni has focused on the kitchen-table issues of health care, education and retirement security.

She supports creating a Medicare-like public option to compete with private plans that would be accessible to all Americans.

The proposal has prompted charges from Lesko that Tipirneni is too liberal for the district. “She’s for this socialized, Bernie Sanders, Medicare for all. And that’s not what our constituents want,” Lesko said in a televised debate with Tipirneni in late March.

In fact, while Sen. Sanders proposes replacing private insurance with Medicare, Tipirneni would simply permit people to buy into the program.

And she laments the pressure to cut Social Security and Medicare as the GOP tax cuts add $1.5 trillion to the national debt. (In an interview discussing his decision not to seek re-election, House Speaker Paul Ryan expressed regret that he had not accomplished “entitlement reform,” a euphemism for scaling back major social insurance programs.)

“A lot of my community are elderly folks, retirees. For them, Medicare and Social Security are their lifelines,” Tipirneni said. “These are earned benefits that they have paid into through decades of hard work.”

“It’s just unconscionable that on the backs of seniors they would pay for this huge corporate tax cut that puts billions of dollars into the pockets of companies like Exxon and Walmart, as opposed to folks who could really use that help,” she added.

In lieu of the current tax revision, Tipirneni proposes making the middle-class tax cuts in the law permanent and expanding them so they reach more people.

Although Tipirneni’s progressive policy stances put her comfortably in the Democratic mainstream, she identifies as a “moderate Democrat” and emphasizes her “data-driven approach” to policy.

“Show me the facts, show me the research. That’s what my science background brings to the table,” Tipirneni said.

For her part, Lesko has touted her conservative bona fides and devotion to Trump’s agenda, not least on the hot-button issue of immigration.

In a 30-second TV ad, “Built the Wall” Lesko declares her support for Trump’s plan to build a wall on the southern U.S. border but also says it’s “not enough.”

“We need more Border Patrol agents and the best technology to stop this invasion,” she says.

Republicans have also accused Tipirneni of financially benefiting from the ACA. Her firm, CSRA, received a contract to assist with Obamacare enrollment. But Tipirneni said her research work is completely separate and that she has not profited from the landmark health care law in any way.

Tipirneni remains optimistic about her bid, but she also acknowledged the importance of her bid in increasing the Democratic Party’s reach in the state ahead of the November elections. The party’s biggest pickup opportunity is likely in the state Senate, where Republicans currently have a four-seat majority.

“Whatever happens on April 24, we have definitely laid the groundwork to continue the momentum forward,” Tipirneni said.

More News in Arizona: Teachers to Get a 20 Percent Pay Raise