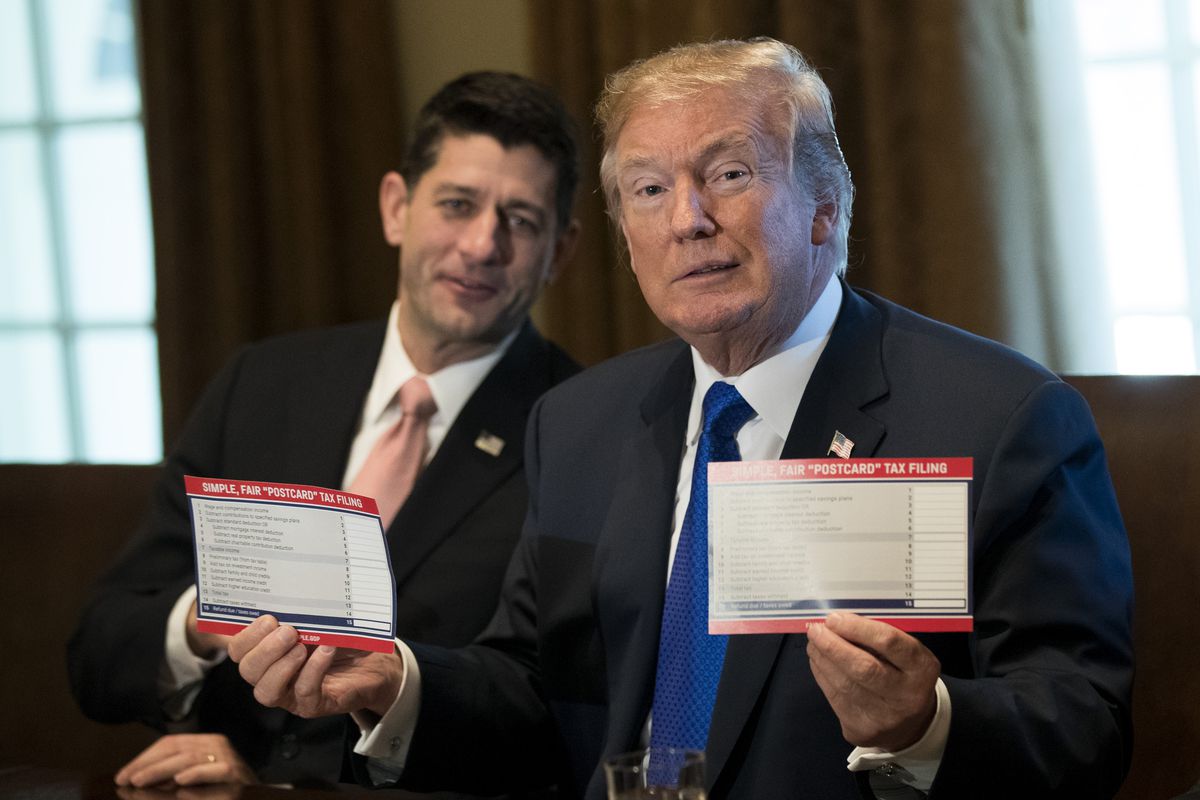 Kent Smetters was in the trenches in the Newt Gingrich-era Congressional Budget Office and he’s a veteran of George W. Bush’s Treasury Department. His well-regarded new analysis just concluded the Republican tax plan won’t raise nearly as much revenue as its proponents say, or provide a meaningful boost to economic growth.

The problem, according to a pair of new analyses by the Penn-Wharton Budget Project, is that the Senate Republicans’ tax bill would increase federal debt by more than advertised, and increased debt accumulation would counteract much — or potentially all — of the positive growth impact of tax cuts. The result will likely be lower incomes for the bottom half of the income distribution even before considering the negative impact of inevitable spending cuts to offset the surprisingly low federal tax intake.

This is technical, in-the-weeds stuff, but that’s where tax policy happens. And you can bet that business lobbyists and the donor class aren’t afraid of delving into it.

To comply with the terms of the Byrd Rule that allows Senate Republicans to bypass a Democratic filibuster, the tax plan must meet two conditions. On the one hand, it needs to comply with the budget resolution’s mandate to raise the deficit by no more than $1.5 trillion over 10 years. According to Penn-Wharton, it does that. But on the other hand, it needs to not increase the long-term deficit in the years following.

And here’s where Penn-Wharton says that there’s a problem: “We estimate that the Senate TCJA continues to reduce revenue in years beyond the 10-year budget window.”

Critically, this conclusion does not change when they attempt a “dynamic” score that considers the potential growth-boosting effects of tax cuts. Instead, they find that “the Senate Tax Cuts and Jobs Act reduces federal tax revenue in both the short- and long-run relative to current policy. In the near term, there is a small boost to GDP, but that increase diminishes over time.”

Senate Republicans would like you to look past ugly distributive numbers and thing about broad growth effects. But the bottom line here is not even Republicans can make that math work out when they need to plug it into a rigorous model.

The tax bill has a three-part structure:

The goal, then, is to deliver a big business tax cut without increasing the long-term deficit. Penn-Wharton’s model suggests that this won’t work as well as the bill’s authors believe it will work, since individuals — especially rich ones who pay a lot of taxes and have good accountants — will engage in deliberate income shifting to take advantage of the temporary tax cuts, as well as “reclassification of income to exploit differences in marginal tax rates, potentially permanent or due to sunsets.”

In short, the Senate GOP leadership wrote a bill that’s designed to game the system with phase-ins and phase-outs, and Penn-Wharton thinks taxpayers will respond in kind — gaming the gamed system, reducing federal revenue, and increasing the long-term deficit.

The result is a plan that raises long-term deficits by significantly more than the bill is supposed to, even before you consider the impact of higher debt service costs.

Dynamic scoring doesn’t save the plan

For years, Republicans have hinted that they would ultimately enact a tax plan by engaging in dynamic scoring — i.e., a form of economic analysis that tries to argue tax cuts will boost economic growth and therefore tax collection and therefore be more affordable than they appear in a static context.

Yet curiously, the Trump Treasury Department has not yet produced a dynamic analysis of the president’s pet legislative project. The most likely reason for this is that the last time we had a Republican administration and its Treasury Department tried to do a rigorous dynamic analysis they found that they couldn’t make it work. The growth-boosting impact of lower marginal tax rates was largely offset by the growth-slowing impact of more government borrowing. To generate a scenario in which tax cutting boosted growth, the George W. Bush Treasury had to invoke the idea of a tax plan that was offset by large, unspecified spending cuts.

There’s no reason to believe an honest Treasury analysis of the Trump tax plan would show anything different.

These small-or-maybe-nonexistent growth impacts aren’t nearly enough to let the tax cuts pay for themselves. And the economic gains involved are very unequally distributed across the population.

The rich get richer

Penn Wharton finds that in the long-term, labor income will rise by somewhere between 1.2 percent and 0.2 percent as a result of the Senate’s tax plans.

But recall that in the long-term, the tax plan actually raises taxes on most middle-class Americans.

This chart from the Center on Budget and Policy Priorities, based on Joint Committee on Taxation data, shows that households earning less than $50,000 will lose more from tax increases than they would gain from these dynamic boosts to labor income. 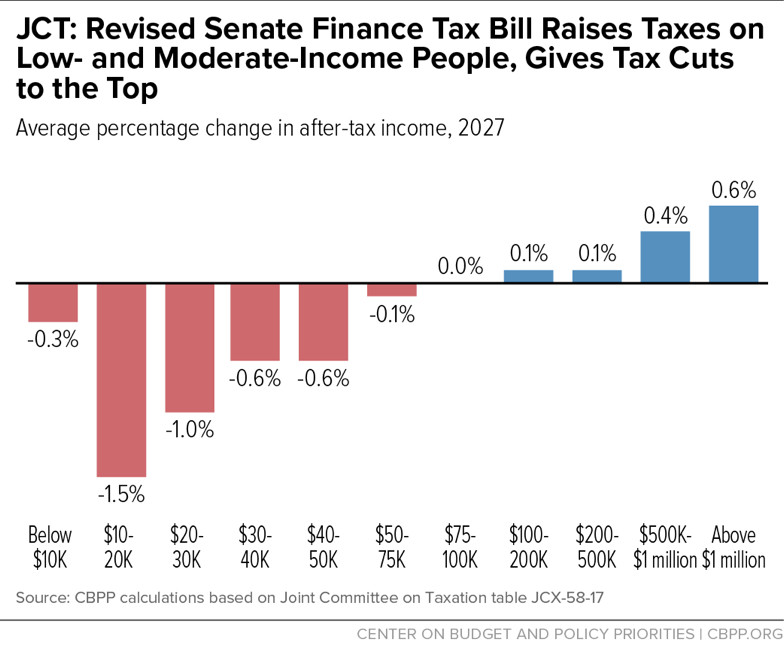 In other words, the overall economic pie gets very slightly bigger. But the maldistribution is so bad that households in the bottom half of the income distribution end up with less money anyway — more than 100 percent of the aggregate gains go to the affluent.

Then, of course, you get to the matter of the increased debt. If that ends up being paid for by cuts to Medicaid, Medicare, and Social Security (and honestly where else are Republicans going to get the money) then poor and middle-class households will end up even worse off.