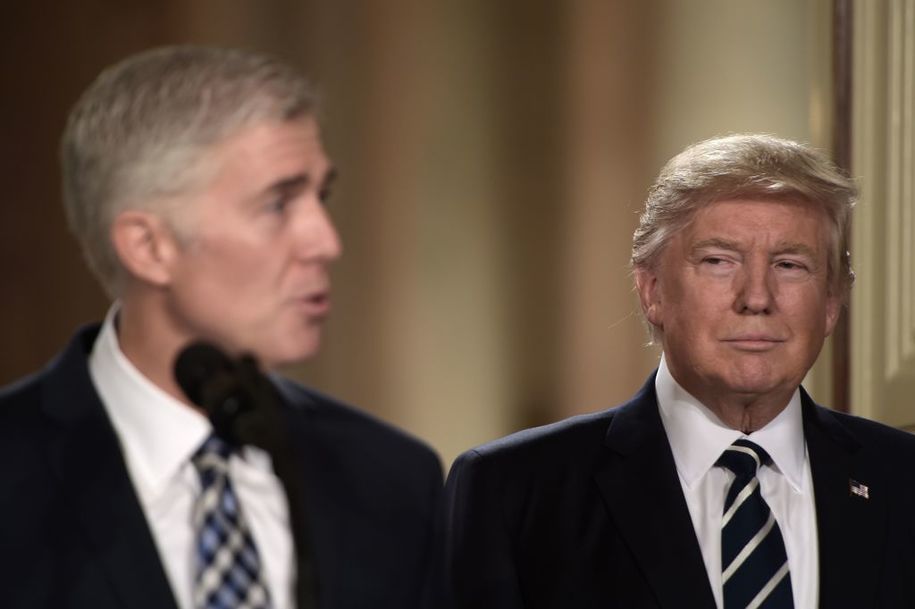 So, this happened, and Sen. Lamar Alexander (R-TN) was dim enough to let the whole world know about it:

Sen. Lamar Alexander: I enjoyed having dinner tonight at the home of Senator John Cornyn and his wife Sandy with our newest Supreme Court Justice, Neil Gorsuch, Transportation Secretary Chao and a few of my other Senate colleagues to talk about important issues facing our country. Jan 22, 2018

A Supreme Court Justice was at a dinner party with Elaine Chao, the wife of the Senate Majority Leader Mitch McConnell (was he also there, Sen. Alexander?) and the number two guy in the Senate, John Cornyn to “talk about important issues facing our country.”

Let’s get some advice from long-time court reporter Nina Totenberg of NPR about that:

People often ask NPR’s Totenberg, who has known many of the justices for decades, for advice. “My experience is that people don’t really understand what they can’t talk about,” she says. “I tell them, ‘You can’t talk about a case or an issue that might come before the court. You talk about life—kids, music, movies—the things normal people talk about.'”

The issues of the day are most definitely not what a Supreme Court justice should be discussing with Republican congressional leadership. And that they had this clearly political and social get together the evening before the Supreme Court announced it will expedite considering the Trump administration’s request to overturn a judge’s ruling and allow the Trump administration to dismantle the Deferred Action for Childhood Arrivals (DACA) program. Only the most pressing issue of the day. Which Gorsuch should now have to recuse himself from.

Sign the petition to Neil Gorsuch: Recuse yourself from the DACA case.

This isn’t the first time, of course, that this particularly new justice has landed in deeply, deeply political water. Back in November, writing in Politico Magazine, Massachusetts Sen. Elizabeth Warren wrote about Gorsuch and his keynote speech at an event at Donald Trump’s D.C. hotel. She points out that the very day Gorsuch was making that speech, the SCOTUS announced it would hear Janus v. AFSCME, “a case that will determine whether public sector unions—which represent teachers, nurses, firefighters and police in states and cities across the country—can collect fees from all employees in the workplaces they represent” and a case in which Gorsuch will almost certainly provide the deciding vote.

Not surprisingly, Gorsuch isn’t even attempting to act like principled justice who will put the rule of law and the country before his partisanship. That he was even willing to accept the nomination for this seat, which was stolen by Republicans, from Donald Trump shows that he’s got little in the way of principles. It should be noted that the Supreme Court is not bound by the Judicial Code of Ethics that guides the rest of the federal judiciary. So while Gorsuch’s activities have been exceedingly unethical, he isn’t subject to any kind of sanction from them under the code.

But he can be impeached. So when we get to the impeachment phase of this administration, the Supreme Court has to be included.