I’ve warned that impeachment talk is dangerous, but the time has come: Laurence Tribe

Despite Attorney General William Barr’s assurances and President Donald Trump’s boasts, the Mueller report doesn’t come close to exonerating the president of wrongdoing. Instead, it invites Congress to initiate impeachment proceedings. It’s time for Congress to heed that invitation.

In its extensive discussion of the constitutional issues implicated by special counsel Robert Mueller’s 22-month investigation, the report asserts that Congress has the authority to apply law “to all persons —  including the president.”

Specifically, Congress may “protect its own legislative functions against corrupt efforts designed to impede legitimate fact-gathering and lawmaking efforts.” The authority to prohibit a president’s corrupt use of power, the report finds, is essential to “our constitutional system of checks and balances and the principle that no person is above the law.”

The report declines to reach a judgment on whether the president has committed a crime because Mueller views himself as bound by Department of Justice policy against indicting a sitting president. This does not mean that the president has not committed a crime.  Indeed, Mueller’s refusal to reach a judgment is based partly on principles of fairness to the president: While people accused of a crime usually have the opportunity to give their story at trial, in this case, when no charges can be brought, the accused has no opportunity to clear his name.  Mueller pointedly notes that the sitting president’s immunity, however, would not preclude prosecution “once the president’s term is over or he is otherwise removed from office” — that is, impeached. 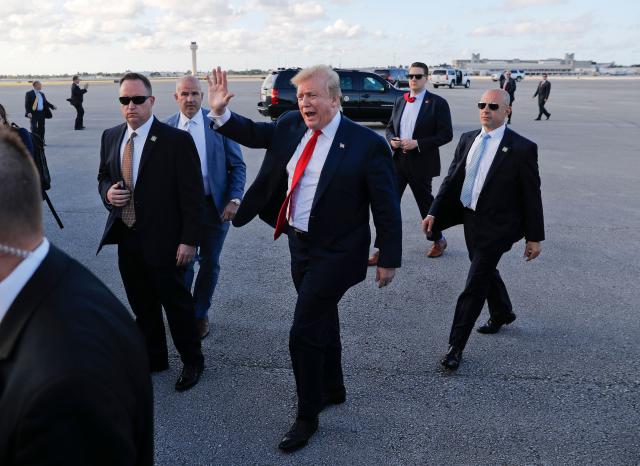 Mueller report offers road map on obstruction. Despite Barr, Congress may use it.

Mueller report: Donald Trump failed us as commander in chief

The real impeachment question isn’t if Trump broke the law. It’s if we can survive him.

In these passages, Mueller invites Congress to take action, either through impeachment or by exposing a disgraced but politically acquitted Trump to criminal prosecution after he is no longer president — so long as that time comes within the five year statute of limitations for obstruction.

I have written about the dangers of impeachment talk. The consequential and divisive decision to impeach is not to be taken lightly, ought not be used as a tool of political convenience, and should be avoided until the dangers of holding back exceed the dangers of proceeding. With the arrival of Mueller’s damning report, however, the time has now come.

Rep. Jerrold Nadler, chairman of the House Judiciary Committee, has taken the essential first step by issuing a subpoena for Mueller’s full, unredacted report and all underlying evidence. Next, the committee must open hearings into whether Trump has committed “high crimes and misdemeanors” warranting removal from office. These hearings must not wait for the release of the unredacted report, which will likely come only after a protracted legal battle. Rather, hearings must begin immediately, using the redacted report as a road map.

Congress must uncover the full facts of Russia’s interference in the 2016 election, the ways in which that interference is continuing in anticipation of 2020, and the full story of how the president and his team welcomed, benefited from, repaid, and obstructed lawful investigation into that interference and the president’s cooperation with it. Equally important, Congress must seize this opportunity, while the report remains a locus of national attention, for the American public to see and hear for itself the firsthand witnesses to the president’s criminal behavior, and to weigh and rally around an appropriate path forward — as they did in the wake of Watergate.

Mueller’s report has in no way cleared the president of grave wrongdoing. It would be a lie to claim otherwise, as Barr and Trump repeatedly have done. The report takes pains to note that the investigation could not establish wrongdoing under the strict framework of conspiracy law, but it declines to draw a conclusion on the existence of collusion, which “is not a specific offence or theory” under U.S. law.

Further, Mueller does not mince words about the president’s potential obstruction of justice, stating: “If we had confidence after a thorough investigation of the facts that the president clearly did not commit obstruction of justice, we would so state. Based on the facts and the applicable legal standards, however, we are unable to reach that judgment.”

Framers created impeachment for this moment

Congress has a duty to provide a beacon of principle and democratic values to the American people. It must pick up the baton that Mueller has offered and come to a judgment of its own, with the understanding that conduct that falls short of criminal conspiracy may nonetheless be impeachable. Consider, for instance, candidate Trump’s public call for the help of the Russian state in defeating Hillary Clinton — met within hours, the special counsel charged, by Russian attempts to hack domains used by her campaign and personal office. Read together with Mueller’s report, this incident exposes the welcome that Trump and his circle extended to foreign support in manipulating the U.S. electorate. This behavior, whether called “collusion” or something else, is exactly the kind of conduct the Framers had in mind when they created procedures for impeachment.

The report is unequivocal in concluding that even if Trump is criminally innocent of obstruction, it is not for lack of trying. The main reason the investigation wasn’t completely thwarted was not that the president didn’t “endeavor” to thwart it — the definition of criminal obstruction — but rather that Trump’s subordinates refused to comply.

Consider, for comparison, that a president who ordered the military to destroy his political enemies would undeniably have committed impeachable offenses, even if the military failed to obey the directive. Add to this Trump’s decision to respond to the report by taking a victory lap rather than protecting our election systems from ongoing attack, and the likelihood that he continues to be compromised by leverage (financial or otherwise) from adversaries, and one sees a president indifferent to the security of the nation he is sworn to lead and to the Constitution he is sworn to uphold. Allowing such a president to remain immune not only from indictment but also from removal would betray Congress’ own responsibility to the public it represents.

Sen. Elizabeth Warren, D-Mass., was right when she said that impeachment is now a point of principle and duty. Postponing impeachment — even out of fear that a Republican-led Senate will fail to convict — no longer makes sense. Any such postponement would not only be unprincipled. It would also be politically shortsighted. To quote Shakespeare’s Brutus, “We must take the current when it serves, or lose our ventures.”

Laurence Tribe, co-author of  To End a Presidency: The Power of Impeachment, is a professor of constitutional law at Harvard Law School and is involved in lawsuits challenging President Donald Trump on policy and ethics.

You can read diverse opinions from our Board of Contributors and other writers on the Opinion front page, on Twitter and in our daily Opinion newsletter. To respond to a column, submit a comment to letters@usatoday.com.