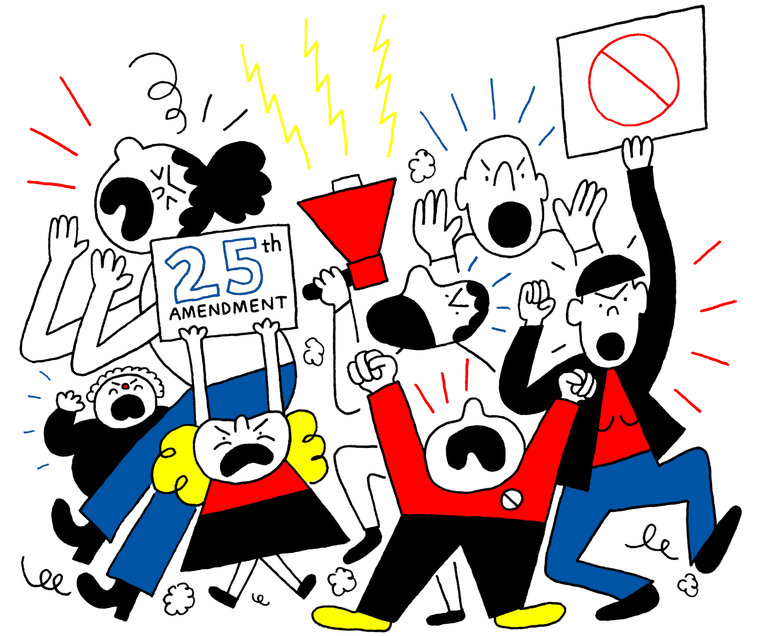 Is Donald Trump mentally fit to be president of the United States? It’s an understandable question, and it’s also beside the point.

Understandable because Mr. Trump’s behavior in office — impulsive, erratic, dishonest, childish, crude — is so alarming, and so far from what Americans expect in their chief executive, that it cries out for a deeper explanation.

It’s beside the point not because a president’s mental capacity doesn’t matter, nor because we should blindly accept our leaders’ declarations of their own stability, let alone genius. Rather, we don’t need a medical degree or a psychiatric diagnosis to tell us what is wrong with Mr. Trump. It’s obvious to anyone who listens to him speak, reads his tweets and sees the effects of his behavior — on the presidency, on the nation and its most important institutions, and on the integrity of the global order.

Presidents should not, for instance, taunt the leaders of hostile nations with demeaning nicknames and boasts about the size of their “nuclear button.” They should not tweet out videos depicting them violently assaulting their political opponents. They should not fire the F.B.I. director to derail an investigation into their own campaign’s possible collusion with a foreign government to swing the election. And, of course, they shouldn’t have to find themselves talking to reporters to insist that they’re mentally stable.

This behavior may be evidence of some underlying disorder, or it may not. Who knows? Mr. Trump hasn’t undergone a mental-health evaluation, at least not one made public. But even if his behavior were diagnosed as an illness, what would that tell us that we don’t already know? Plenty of people with mental disorders or disabilities function at high levels of society. Conversely, if Mr. Trump were found to have no diagnosable illness, he would be no more fit for the office he holds than he is today.

The problem lies in trying to locate the essence of Mr. Trump’s unfitness in the unknowable reaches of his mind, as opposed to where we can all openly see it and address it in political terms. As the psychiatrist Allen Frances told The Times: “You can’t say enough about how incompetent and unqualified he is to be leader of the free world. But that does not make him mentally ill.”

Unfortunately, a number of psychiatrists, politicians and others who should know better have increasingly taken up the Trump-is-crazy line. In “The Dangerous Case of Donald Trump,” released last October, more than two dozen contributors, most mental-health professionals, concluded that Mr. Trump presents a grave and immediate danger to the safety of America and the world. No argument there, but why do we need to hear it from psychiatrists relying on their professional credentials? Dr. Bandy Lee, one of the book’s editors, said the authors are “assessing dangerousness, not making a diagnosis.” Anyone with access to newspapers or Mr. Trump’s Twitter feed can do the same.

The psychiatrists say they have a duty to warn the public about what they see as a serious threat to the nation. That’s commendable, but they should consider how their comments will be taken by the vast majority of Americans, particularly in a highly politically polarized time. The language of mental health and illness is widely used yet poorly understood, and it comes loaded with unwarranted assumptions and harmful stereotypes. There’s a good reason the profession established an ethical guideline in 1973, known as the Goldwater Rule, that prohibits psychiatrists from offering professional judgment on public figures they have not personally examined.

In the future, it would be a good idea if presidential candidates voluntarily submitted to a mental-health evaluation, just as they often do a physical one — and in that case, psychiatrists would have a critical role to play. But you don’t need to put Mr. Trump on a couch now to discover who he is.

So what’s the right way to deal with Mr. Trump’s evident unfitness?

Not the 25th Amendment, despite the sudden fashion for it. Ratified in the wake of President John Kennedy’s assassination, the amendment authorizes the temporary removal of a president who is unable to do the job. Its final section, which has never been invoked, was meant to clarify what should happen if the president becomes clearly incapacitated. One of the amendment’s drafters, Jay Berman, a former congressional staff member who has said Mr. Trump “appears unhinged,” still doesn’t believe that the amendment applies to his case.

Even if invoking the amendment were the best approach, consider what would need to happen. First, the vice president, plus a majority of Mr. Trump’s cabinet, must declare to Congress that the president cannot do his job. If Mr. Trump disagreed, they would have to restate their case. Only then would both houses of Congress get involved, and each would have to agree by a two-thirds vote. The chances of any of these steps being taken in today’s political environment are less than zero.

Impeachment would be a more direct and fitting approach, if Mr. Trump’s actions rise to the level of high crimes or misdemeanors. But this path is similarly obstructed by Republicans in Congress, who are behaving less like members of a coequal branch with oversight power than like co-conspirators of a man they know is unfit to govern.

The best solution is the simplest: Vote, and organize others to register and to vote. If you believe Donald Trump represents a danger to the country and the world, you can take action to rein in his power. In November, you can help elect members of Congress who will fight Mr. Trump’s most dangerous behaviors. If that fails, there’s always 2020.