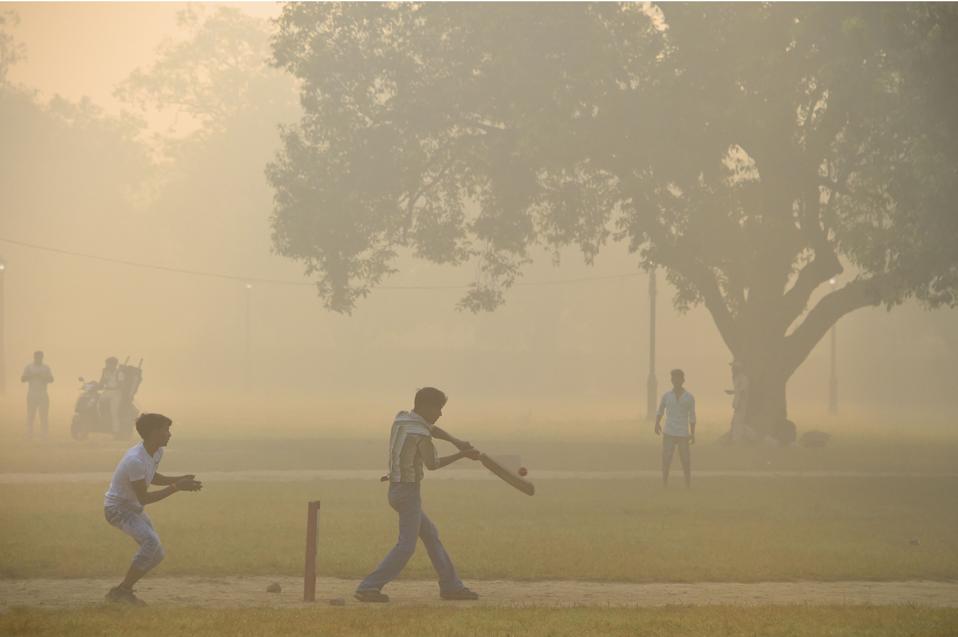 India tops the world inn pollution-related deaths, accounting for 2.5 million of the total 9 million deaths attributed to pollution worldwide in 2015, according to a recent report by the Lancet Commission on Pollution and Health. China was second on the list, with 1.8 million total fatalities due to pollution.

The primary cause is air pollution. In 2015, 1.81 million or 28% of the 6.5 million air-pollution-linked deaths worldwide occurred in India. China saw 1.58 million deaths. The report illustrated that globally, air pollution accounts for twice the number of deaths than those linked to AIDS, tuberculosis and malaria combined, and for nearly 15 times as many deaths as war and all forms of violence. The majority of air pollution-linked deaths are due to non-communicable diseases such as heart disease, respiratory tract diseases, chronic obstructive pulmonary disease and lung cancer. 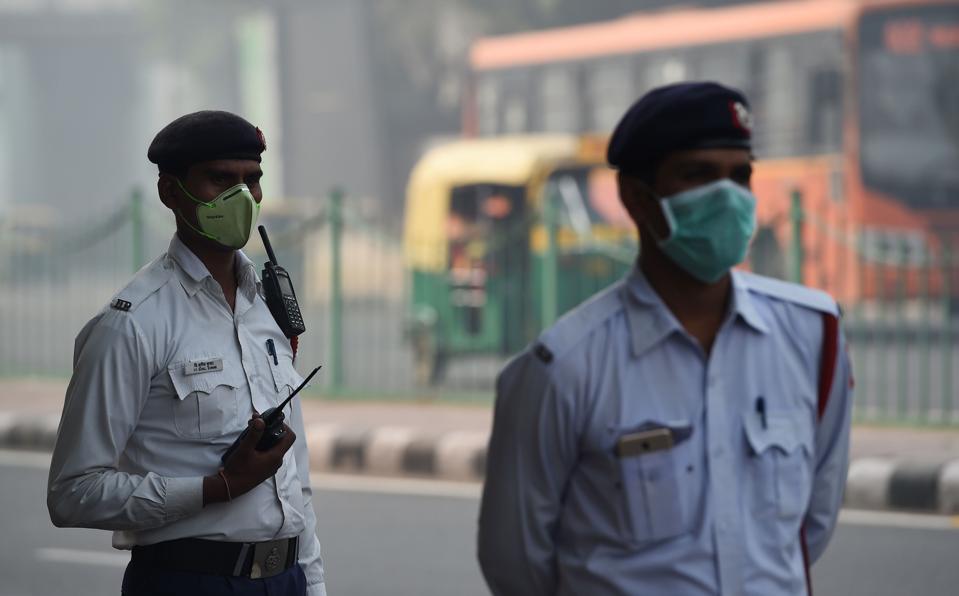 Poor children are the most vulnerable

The study found that nearly 92% of pollution-related deaths occur in low and middle-income countries. Children face the highest risks because small exposures to chemicals even during pregnancy and in early childhood can result in lifelong disease, disability, premature death, as well as reduced learning and earning potential.

India and China are among the worst hit

PM 2.5 refers to fine particulate matter — microscopic particles that are less than 2.5 micrometers in diameter, minuscule enough to be absorbed right into the lungs and blood. Sustained exposure to high levels of PM 2.5 can cause respiratory diseases like bronchitis, asthma and inflammation of the lungs, and even heart attacks and strokes. 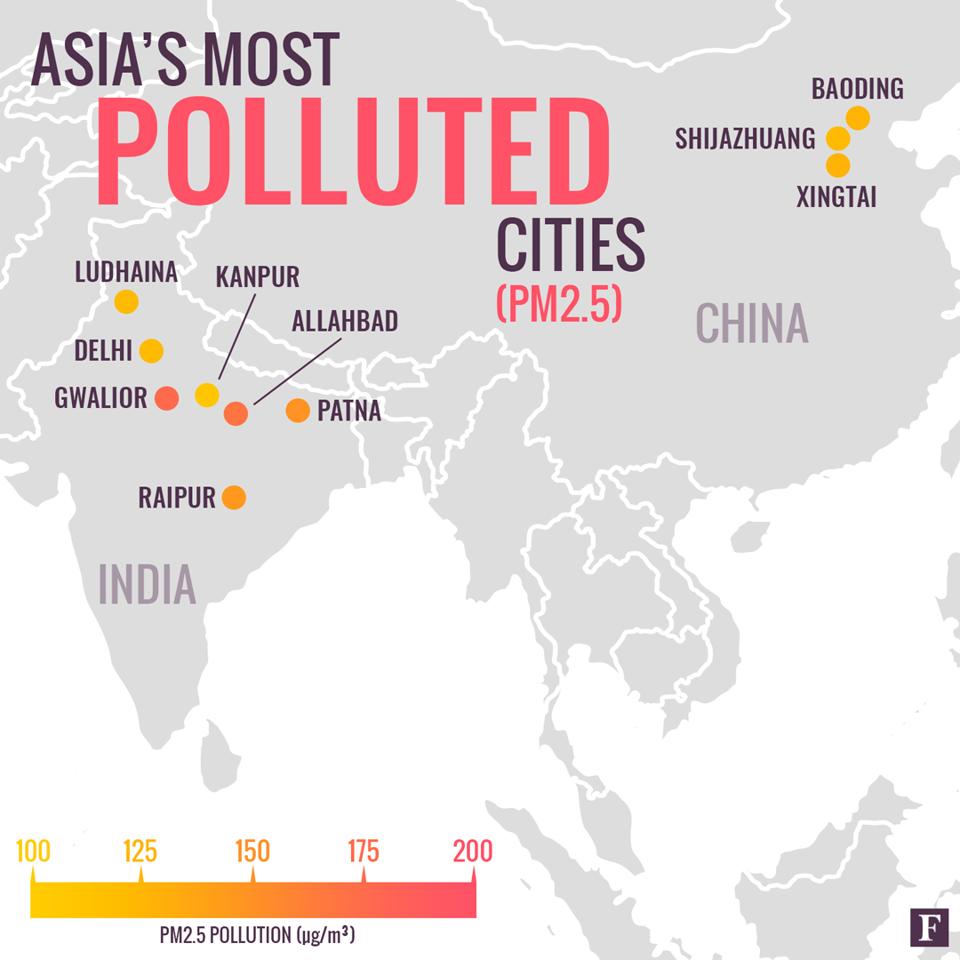 India hasn’t yet seen state efforts of a scale that can revolutionize pollution control (although this Diwali, India’s Supreme Court banned the sale of fireworks in an effort to preserve air quality — despite resistance from Hindu religious groups and citizens alike). China on the other hand, woke up to its pollution problem some years ago. According to analyses of NASA satellite data, the levels of fine particulate matter got worse across India by 13% between 2010 and 2015, while China’s fell by 17%. Delhi’s average annual PM 2.5 concentrations are in the vicinity of 150 μg/m, compared to about 60 μg/m for Beijing. Overall, Delhi’s PM 2.5 tends to about three times the Beijing mean and 15 times the WHO guidelines. 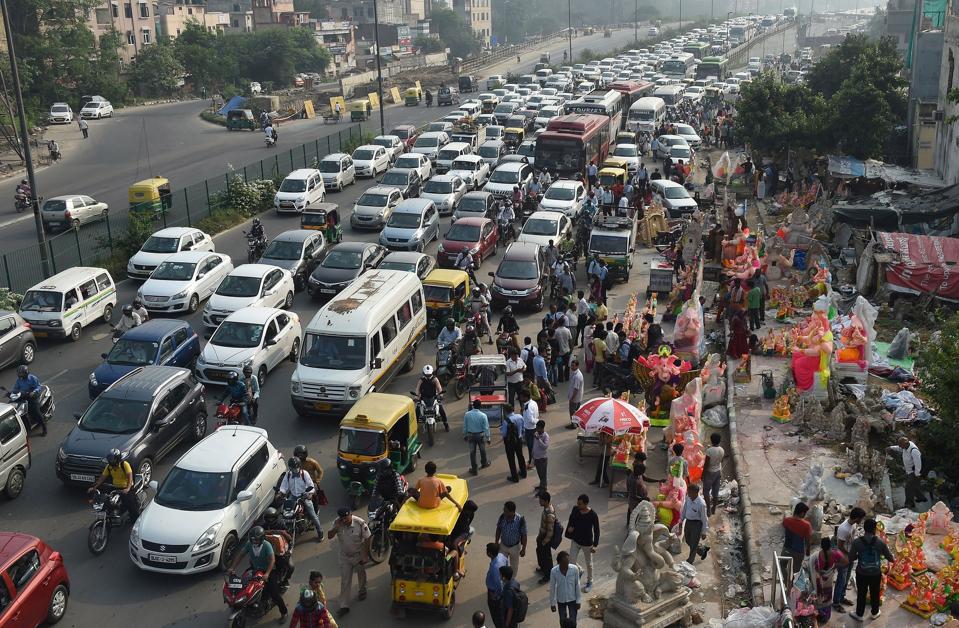 India can learn from China

India should take a lesson out of China’s book. Both are large nations seeking to move their massive populations from poverty to wealth via industrialization. Environmental deterioration has long been the collateral damage of this process, as already experienced by most developed economies, from the United States to Japan.

But, as journalist and author of Choked: Everything You Were Afraid to Know about Pollution Pallavi Aiyar points out, for governments and citizens to begin to care about pollution as much as they do about economic growth usually requires an “inflection point.” In Beijing, she notes that this point was “the 2008 Olympics Games,” when unprecedented international attention “dragged [China’s] dirty air into the headlines, where it has stayed since.” 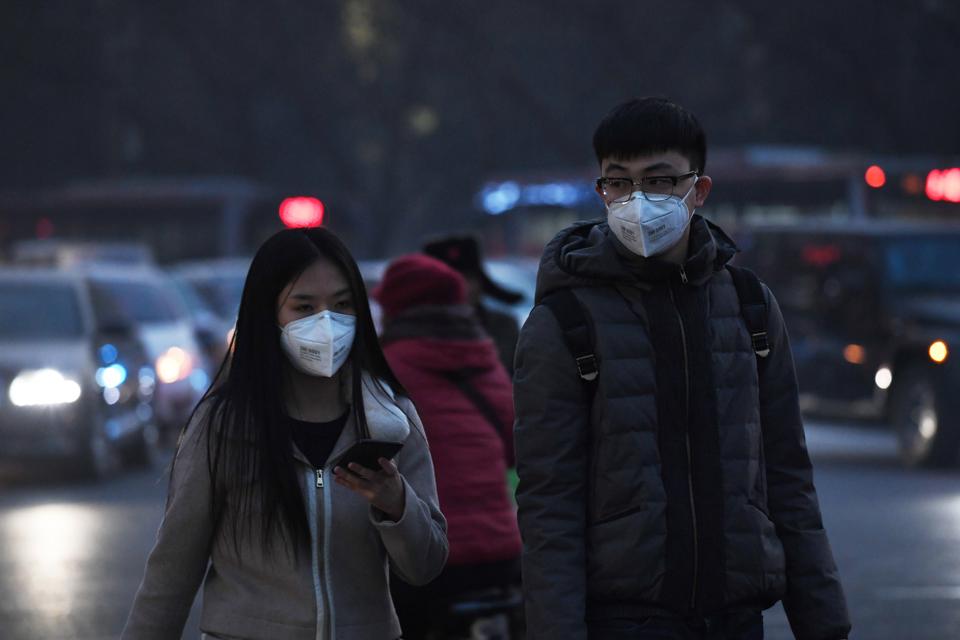 Pedestrians wear masks to protect themselves from pollution in Beijing on December 19, 2016. Hospital visits spiked, roads were closed and flights cancelled as China choked under a vast cloud of toxic smog. (Photo credit: GREG BAKER/AFP/Getty Images)

Pollution control initiatives in China over recent years have ranged from setting up city specific targets for air quality progress, and a vast network of air quality monitoring systems, to requiring companies to complete environmental impact assessments and punishing violators with heavy fines. Despite being a major source of energy in China, coal-fired power plants and steel factories have come under the hammer. Restrictions on vehicle ownership and usage have also been implemented, given that auto emissions are a major source of air pollution.

But making environmental protection a priority is often a long and conflicted process.

Pollution control can be profitable

Many developing Asian cities are among the most polluted in the world because of the pervasive but false belief that pollution is an inevitable and profitable part of the development process. In fact, inaction and environmental degradation come with significant costs, while solutions can fuel economic growth.

To illustrate this point, the Lancet report points out that welfare losses due to pollution are estimated at $4.6 trillion per year — 6.2% of global economic output. But in the United States alone investment in pollution control has returned $200 billion each year since 1980 ($6 trillion total). Let’s hope India takes note.