Who will pay for America’s trillion-dollar deficits? 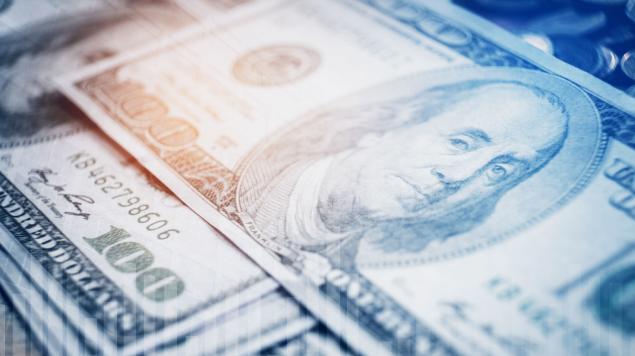 Taxes are going up. Maybe not soon, but the mushrooming national debt will eventually leave Washington no choice but to hike taxes. And the longer we wait, the more it will hurt.

The Congressional Budget Office recently forecast annual federal deficits of more than $1 trillion for 2020, and each of the next 10 years. By 2030, CBO says, the deficit will hit $1.7 trillion. Economists generally think a fiscal deficit of around 3% of GDP is healthy and manageable. U.S. deficits over the next decade will average 4.8% of GDP.

Annual deficits spiked during the Great Recession, when tax receipts plunged and stimulus spending soared. The $1.4 trillion deficit in 2009, at the nadir of the recession, was the worst on record.

Deficits fell sharply as the economy recovered, however, and hit a post-recession low of $442 billion in 2015. Then they ticked up again, mostly because of runaway health spending on Medicare and Medicaid. Then came the Trump tax cuts, which went into effect in 2018.

Those tax cuts pushed corporate tax revenue to the lowest levels ever as a portion of federal revenue. Tax revenue from individuals has gone up slightly, because of economic growth. But it would have gone up more without the Trump tax cuts, or with cuts limited to middle- and lower-income workers, say. The twin effect of depressed federal revenue and health care costs growing faster than the economy are driving those trillion-dollar deficits.

This isn’t a crisis today, even though some economists thought it would be by now. But widening deficits at this level aren’t sustainable, either, because they’ll crowd out private investment and depress productivity. Growing interest payments on all that debt will leave less and less for highways, airports and everything else taxpayers expect after mandatory health and retirement spending.

Will Americans tolerate the sharp cuts in social programs and defense that are one way to close this gaping budget gap? Eh, maybe, a little, possibly. But tax hikes will be part of the prescription too, and the Brookings Institution’s Hamilton Project recently published a comprehensive list of the soundest options. Here are five types of tax hikes that would reduce Washington’s indebtedness:

A new inheritance tax. The average tax rate on income is 15.8%. On inherited wealth, it’s just 2.1%. The estate tax is meant to limit the growth of family dynasties and an American aristocracy, but it’s so weak and riddled with loopholes that it barely raises any revenue at all any more. A new inheritance tax would tax wealth received by an heir as normal income. There’d be an exemption threshold, so those subject to the tax would probably be paying at the top rate of 37%. At an exemption threshold of $2.5 million, this tax would raise $34 billion per year, according to the Tax Policy Center. At a lower threshold of $1 million, it would raise $92 billion. That’s a start.

A wealth tax. Policymakers and politicians have gotten interested in wealth taxes because the richest families in America earn most of their money from investing, rather than working. And there are several ways to defer and sharply reduce taxation on investments, which leaves the wealthy paying lower tax rates than ordinary working stiffs. Democratic presidential candidates Bernie Sanders and Elizabeth Warren both favor a wealth tax to fund programs such as free college and government-paid health care.

The Hamilton Project proposes four types of wealth taxes that vary by the type of assets taxed and the exact method of taxation. Starting thresholds range from $8.25 million in net worth to $25 million. But each tax would raise a hefty $300 billion per year or so, and each would cut the estate tax provision that eliminates capital gains taxes on profitable investments passed on to heirs. There’s one crucial catch: Some experts think a wealth tax could be unconstitutional, which basically guarantees a legal challenge.

A value-added tax. This is the mother of all taxes, the quickest way to raise vast sums if ever needed. All developed nations except the United States have a VAT, which is a tax levied at various levels of production for goods and services. Prices typically rise and consumers end up paying much of the tax, but businesses adjust, which helps make this an efficient tax. There would need to be provisions protecting low-income consumers, small businesses and other vulnerable parties. But many other nations have devised proven protections. A 10% VAT would raise around $1 trillion per year and “provide an enormous pool of resources to address social and economic problems,” according to the Hamilton Project report. Some of that money could be spent on economic stimulus programs, to assure rising prices don’t cause a recession.

A financial transaction tax. Sanders and Warren like this tax, too, which would put a fee of 10 basis points, or 0.1%, on trades of stocks, bonds and derivatives. There are concerns about unintended consequences, such as higher costs on ETFs and mutual funds held by mom and pop investors, and a new incentive to move money offshore. So the Hamilton Project recommends a 4-year phase-in period, with the tax starting at 2 basis points and regulators monitoring markets closely for negative repercussions. They could make changes if problems crop up. Hong Kong, France, Italy and the United Kingdom impose similar taxes, with no obvious drawbacks. It could raise $60 billion per year once fully implemented.

Higher corporate taxes. The trick here is to capture more revenue from the corporate sector without driving corporate money overseas or wrecking incentives to do business in the United States. One approach would be to work with other developed countries to establish provisions that make tax rates comparable among nations and prevent the kind of profit shifting corporations have practiced during the last 20 years, to take advantage of low rates in places like Ireland and Luxembourg. Raising the corporate tax rate might work, from the new level of 21% set by the Trump tax cuts to 25%, say, or 28%. But that would have to be paired with other tax incentives for things like new investment and research and development, to assure businesses stayed put in the United States. A well-designed set of corporate tax reforms could raise $110 billion per year, while boosting economic growth by stimulating investment. Makes you wonder what they’re waiting for in Washington.

Rick Newman is the author of four books, including “Rebounders: How Winners Pivot from Setback to Success.”