Former Wharton Professor: “Donald Trump Was the Dumbest Goddam Student I Ever Had.” 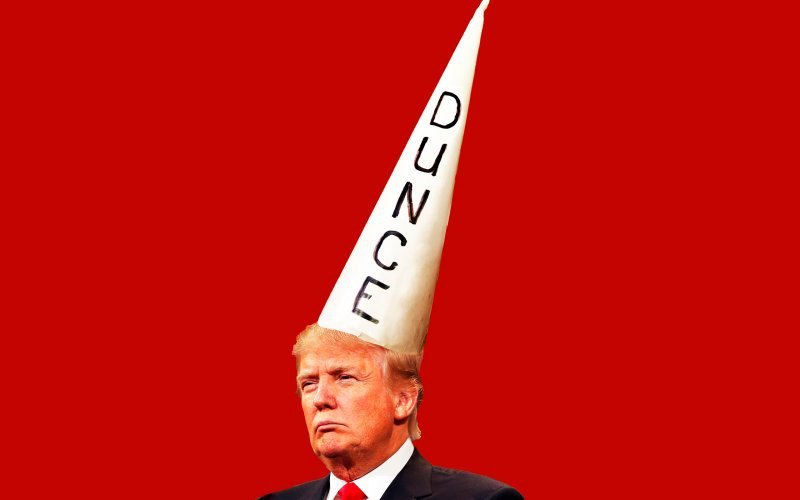 Donald J. Trump as Many Imagine Him in Class at Wharton on the Rare Occasions that He Attended Class

Late Professor William T. Kelley taught Marketing at Wharton School of Business and Finance, University of Pennsylvania, for 31 years, ending with his retirement in 1982.  Dr. Kelley, who also had vast experience as a business consultant, was the author of a then-widely used textbook called Marketing Intelligence — The Management of Marketing Information (originally published by P. Staples, London, 1968).  Dr. Kelley taught marketing management to both undergraduate and graduate students at Wharton. www.upenn.edu/…  Dr. Bill was one of my closest friends for 47 years when we lost him at 94 about six years ago.  Bill would have been 100 this year.

Donald J. Trump was an undergraduate student at Wharton for the latter two of his college years, having been graduated in 1968. www.thedp.com/…

This has relevance now because as recently as this week, President Trump has challenged the Secretary of State of the United States to an I.Q. contest.  www.washingtonpost.com/…  This came within two days after NBC reported that Secretary of State Rex Tillerson called the President a “moron” www.nbcnews.com/… or a “fucking moron” www.slate.com/…  The President has frequently bragged that he was a great student at a great school (Wharton). time.com/…  Thus, the public is entitled to a contrary view from somebody who was there (Dr. Kelley), and I faithfully report it here.

Bill Kelley was one smart cookie.  His text book cited above — published in the late 1960s — was standard in his time in the then-new field of “marketing intelligence” and the necessity of using computers and data bases to manage it.  See onlinelibrary.wiley.com/… which credits Bill for coining the quoted phrase.

Dr. Kelley’s view seems to be shared by other University of Pennsylvanians.  Please see www.thedp.com/…, from the Daily Pennsylvanian, stating:

Another biographer, Gwenda Blair, wrote in 2001 that Trump was admitted to Wharton on a special favor from a “friendly” admissions officer. The officer had known Trump’s older brother, Freddy.

Trump’s classmates doubt that the real estate mogul was an academic powerhouse.

“He was not in any kind of leadership. I certainly doubt he was the smartest guy in the class,” said Steve Perelman, a 1968 Wharton classmate and a former Daily Pennsylvanian news editor.

Some classmates speculated that Trump skipped class, others that he commuted to New York on weekends. . . .

1968 Wharton graduate Louis Calomaris recalled that “Don … was loath to really study much.”

Calomaris said Trump would come to study groups unprepared and did not “seem to care about being prepared.”

Thanks and R.I.P., Bill Kelley!  The words ring in my ears: “Donald Trump was the dumbest goddam student I ever had.”