Everything’s Bigger in Texas—Except Its Support for Small Farmers

Attorney, farmer, and activist Judith McGeary and the Farm and Ranch Freedom Alliance support small and sustainable farmers in the Lone Star State. 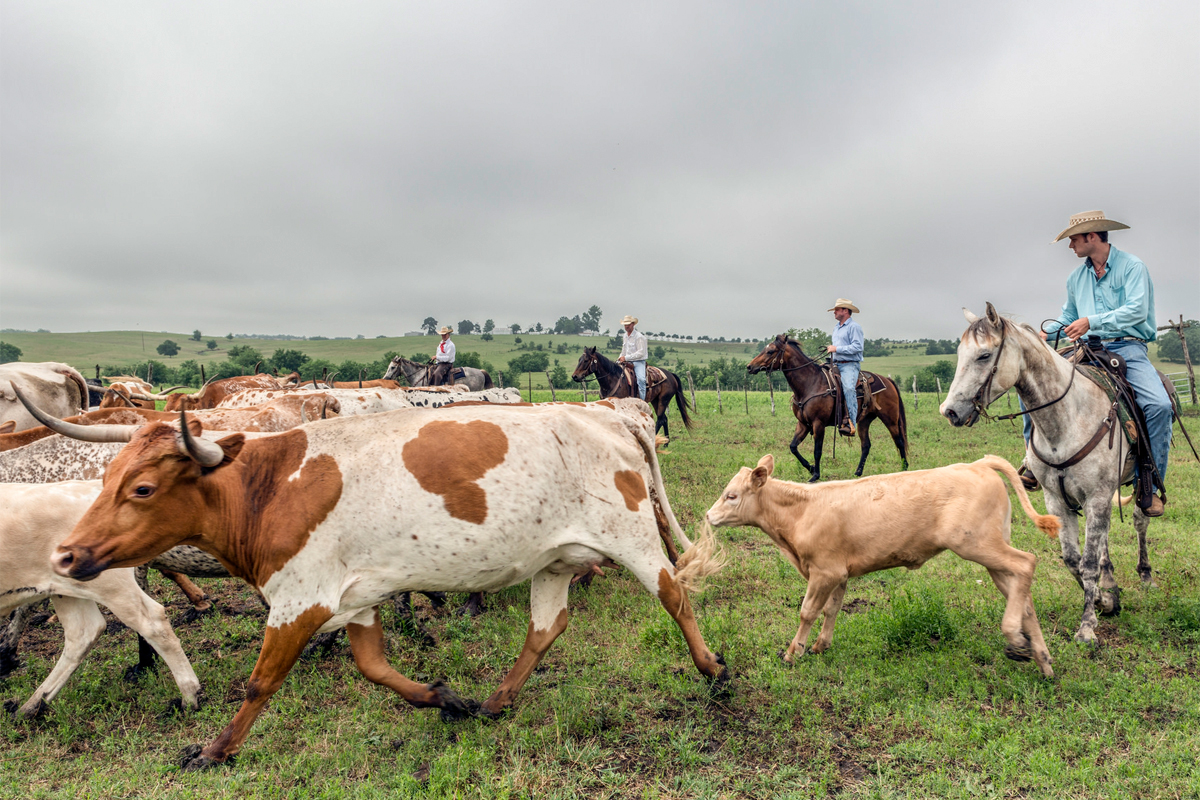 Judith McGeary wanted answers that the State of Texas wasn’t willing to give, so the lawyer-turned-farmer fought the law—and won.

When McGeary learned she needed a food manufacturer’s license to keep selling meat at her local farmers’ markets, she contacted the Texas Department of State Health Services (DSHS) for clarification. “The response was, ‘that’s for you to decide,’” says McGeary. 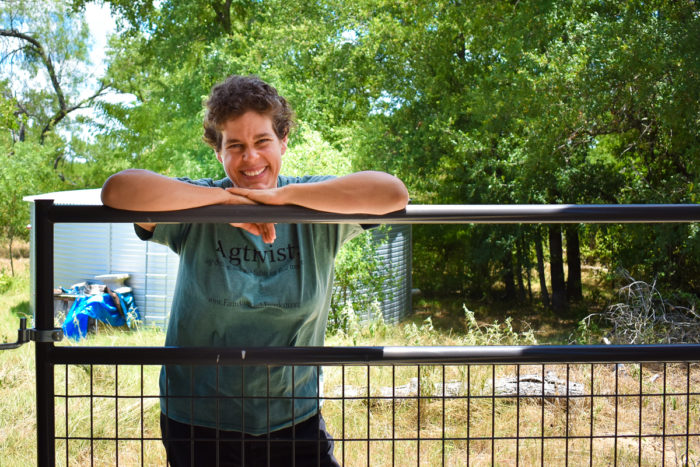 Without the license, McGeary would have been unable to store packaged meat in a home freezer during the days between processing her grass-fed lamb meat and selling it at the market. Meeting requirements for the license was expensive, but there was no viable alternative if she wanted to stay in business. When McGeary learned she might have to spend hundreds of dollars on water testing to attain the permit, she asked the state for a concrete response. But instead of answers, she was told to take a gamble.

The decision is fraught: On one hand, paying steep fees for potentially unnecessary processes, and on the other skipping the testing and running the risk of punitive fines down the road. The incident illustrates a bureaucracy that hinders small-scale farmers, says McGeary. “The laws and regulations are just so opaque that a reasonably intelligent human being—even one with legal training—who reads through them will have significant difficulty figuring out just what do you have to do.”

And McGeary has more tools than just legal training. The one-time federal appeals court clerk is executive director of the Farm and Ranch Freedom Alliance (FARFA), which she founded in 2006 to support independent family farmers and protect them from convoluted regulations like the one she encountered. McGeary and the national organization she operates with the help of one other employee work to level the agricultural landscape by liaising between a predominantly Texan base of 1,000 members and lawmakers in both Austin and Washington, D.C.

Through her advocacy with FARFA, McGeary lobbied in 2013 for the successful passage of the state’s Better Communications Bill (HB 1392) requiring officials to answer farmers’ questions about how to follow the law.

In spite of the state’s reputation as a friend to small business, it’s no friend for small farmers, says McGeary. “The regulations are just not designed for small-scale or diversified production. They’re designed for large-scale single product lines.”

Since the organization was founded, FARFA has racked up a list of wins for small farmers. The first came after FARFA rallied a group of activist organizations across the country to stop the National Animal Identification System (NAIS), an elaborate livestock-tagging program that opponents said would have brought devastating costs and complications for small ranchers.

FARFA also led led a nationwide lobbying effort to get the Tester-Hagan amendment attached to the Food Safety Modernization Act (FSMA). The amendment kept small farmers from needing to comply with safety standards that FSMA opponents like McGeary said were designed for large-scale operations and burdensome, if not impossible, for small-scale farms to meet.

And under McGeary’s direction, FARFA has also brought cottage food laws to Texas, blocked legislation that would have inhibited rural communities’ access to vital water resources, and pushed to make it easier for permaculture farmers to receive the same benefits afforded to corporate monocropping operations. 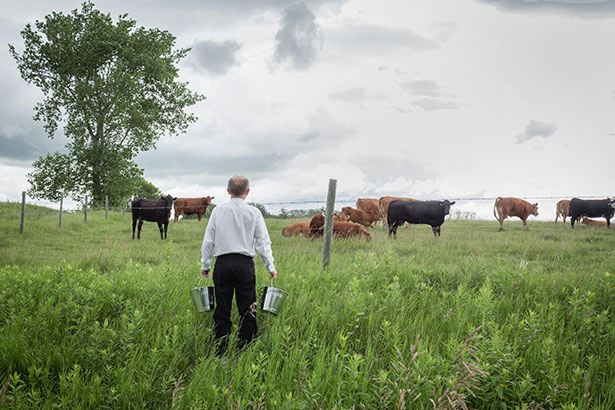 A Texas native, McGeary started her career as an environmental lawyer in 1997, but she found herself frustrated trying to solve problems within the confines of the legal system. She decided to pursue a master’s degree in biology and become a consultant. But her path changed after meeting Dick Richardson, a professor of environmental studies at the University of Texas.

“If you care about the environment, you should care about where your food comes from,” Richardson told McGeary, and also offered a number of reading recommendations on sustainable agriculture. She studied independently for years, learning about the ways that sustainable agriculture is beneficial for both the planet and its people, and was so inspired by her education that she decided to put her knowledge into practice. In 2003, McGeary made the leap and became a sheep farmer in a town just outside of Austin.

Now McGeary is on the final leg of FARFA’s 2018 Raise Your Voice tour, traversing nearly 20 towns across Texas to hear from other farmers trying to survive.

Bucking a One-Size-Fits-All Approach to Regulation

From the Coast to the Panhandle, McGeary has heard from Texas farmers concerned about keeping up with the costs of licenses, permits, and equipment necessary to grow their business. A common complaint comes from those wanting to can vegetables at home for market sales.

McGeary wants what she calls a “scale-sensitive approach” to food safety regulation. She’s spent years advocating for looser laws on the sale of raw milk and policies that make it easier for farmers to process their food.

The cottage food laws she helped pass in 2011 and 2013 allow people to make and sell up to $50,000 of certain “non-potentially hazardous foods” in their home without having to pay thousands of dollars for a food manufacturers’ license and access to a commercial kitchen. But canned vegetables other than cucumber pickles don’t fall under the law’s purview—and McGeary says that’s preventing growers from applying sustainable practices to maximize profits. She plans to keep pushing lawmakers to include a practice that would allow farmers to extend harvests, prevent food waste, and, in some cases, keep from going under.

Few of the 48 states with cottage food laws allow producers to can food. The Food and Drug Administration reports that improperly canned foods can cause botulism, a potentially deadly illness. A representative with the Texas Department of State Health Services told Civil Eats that current canning regulations “are required to maintain a baseline of safety, regardless of the size of the operation.”

But local food advocates like McGeary say the real safety issues stem from the conventional labyrinth, wherein food from various farms is funneled into a centralized processing location, making it difficult to trace the source of a food-borne illness outbreak. Cottage production, however, closes the gap between producer and consumer, making it easier for both ends of the supply chain to troubleshoot in the event of an outbreak.

“The best way to protect food safety,” says McGeary, “is to reduce the complexity and scope of these distribution systems.”

Fighting for Small-Scale, Sustainable Farmers in the Land of Big Ag

Glen Miracle can testify to the impact that FARFA is having in Texas. McGeary is working to help farmers like Miracle, who struggled to get his 21-acre diversified vegetable farm recognized by officials as agricultural land.

The Texas Department of Agriculture is more concerned with the interests of large farms, says Miracle. “We needed somebody like Judith to set up advocacy for small farmers.”

When Miracle started farming vegetables and sheep full-time in 2012, he went to the Waller County Appraisal Office to apply for agricultural valuation, an assessment that would save him about $4,000 a year in taxes—no small sum in what’s often a break-even profession, at best. But he was denied.

Under Section 23.51 of the Texas Tax Code, land qualifies for agricultural use valuation if the space has been “devoted principally to agricultural use to the degree of intensity generally accepted in the area” for at least five years.

In Waller County, there are no clear guidelines for mixed vegetable farmers. Each of those farms is considered case-by-case, says the county’s chief appraiser, Chris Barzilla, who makes the final decision on what land meets the county definition for agriculture. Barzilla explains that one reason he denied Miracle the valuation in 2012 was because he had not been farming long enough. But that was only part of the problem. For diversified farmers like Miracle, who also keeps livestock and bees, it can be difficult to meet the county’s requirements of animal or crop density per acre.

It didn’t matter that Miracle made a living off income combined from his vegetables and sheep. “We don’t piecemeal it together,” says Barzilla. Were Miracle to qualify because of his sheep, he would have had to have at least three sheep per acre, a standard Barzilla says was set by a board of large farmers.

That definition of agriculture runs contrary to the principles of permaculture farming that Miracle lives by, however. “They have a set of rules that aren’t supported by science,” Miracle says. “They told me I had to have 60 ewes on this property… [but] this of course leads to overgrazing and erosion.” Ultimately it was Miracle’s bees that garnered the valuation in 2018, because Waller County residents with at least 20 acres and eight hives are also eligible.

Miracle says this is a prime example of the nonsensical approach to agricultural regulations in Texas. “How in the world does 60 ewes relate to eight beehives?” 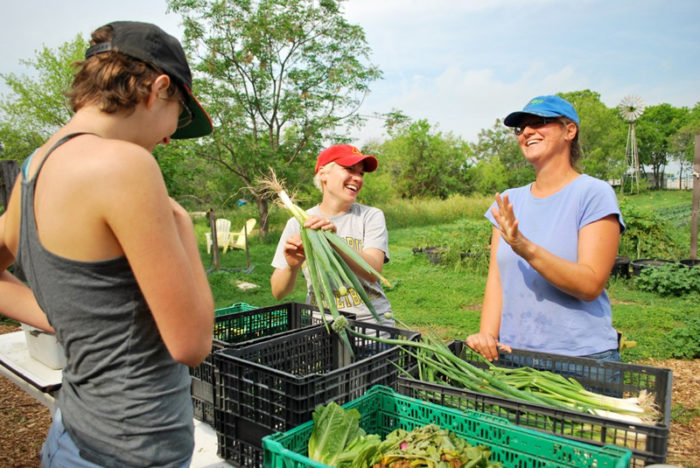 For the past three sessions, McGeary has lobbied the state legislature to make it easier for farms like Miracle’s to be recognized as agricultural for tax purposes. FARFA has proposed so-called fair property tax bills that would specify vegetable and fruit production as agricultural activity and encourage appraisers to consider farming methods, as opposed to just outcomes, when determining what land qualifies for the tax exemption.

Joe Outlaw, an agricultural economist at Texas A&M University who’s spent his career analyzing policies in Texas, explains that what seems like common sense doesn’t always translate into policy, especially in a state where land value feeds the budget.

“There’s a lot of people that question a lot of what happens in the government, but nothing happens that someone didn’t want,” says Outlaw. “[And] every time somebody wants something there’s going to be somebody on the other side.”

On the side of farmers and consumers nationwide, McGeary is one of the few lobbyists interested in sustainably produced food, says Brad Stufflebeam, a former president of the Texas Organic Farmers Association who played a role in FARFA’s creation.

“When we helped set FARFA up, it was because we saw the need for a national organization that would give small farmers and consumers a lobbying organization,” he says. “Judith grabbed the baton and ran with it.”

Working for a Win-Win System

As state lawmakers prepare for the 2019 session and congressional representatives butt heads over the farm bill, FARFA has its work cut out for it. The organization is pushing for legislation that McGeary says will help farmers stay in business.

Now that McGeary’s nearing the end of her listening tour, she’s using notes from the road to write FARFA’s legislative agenda for 2019. Small farmers want expanded cottage food laws, fairer taxes, and an agriculture ombudsman to help navigate the “regulatory maze,” she says.

Chasing after lawmakers is tiresome business, says McGeary, but local and sustainable food is worth fighting for because it benefits folks on all sides of the political spectrum.

“It doesn’t have to be a trade-off,” she says. From left-leaning environmentalists to far-right constitutionalists, “it’s something that’s good for everyone that can appeal to everyone.”

Top photo: Cowhands drive the 200-head longhorn herd at the 1,800-acre Lonesome Pine Ranch, a working cattle ranch that is part of the Texas Ranch Life ranch resort near Chappell Hill in Austin County, Texas. (Photo by Carol M. Highsmith / Library of Congress). All other photos courtesy of FARFA.