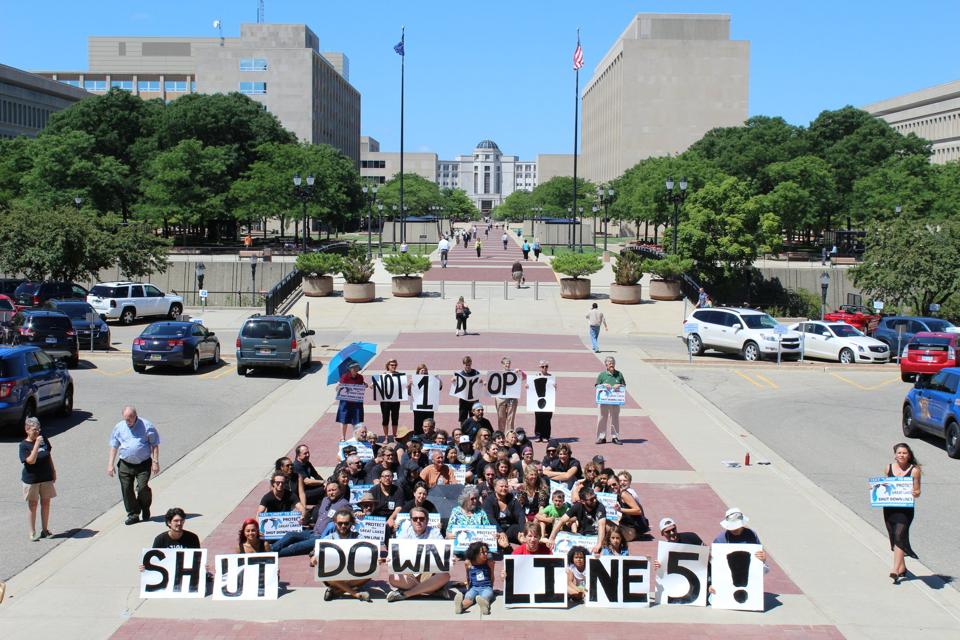 Lansing, Mich. (AP) — The company that operates twin oil pipelines in the Straits of Mackinac says one of the lines suspected of being struck by a tugboat anchor was dented more than three-fourths of an inch.

Enbridge Inc. official Peter Holran told the Michigan Pipeline Advisory Board in Lansing Monday about the April 1 damage to the pipelines running between Lake Michigan and Lake Huron.

Company spokesman Ryan Duffy says each pipeline is about 20 inches in diameter with walls nearly an inch thick — but the thickness of the walls did not decrease.

Holran says the other pipe suffered two dents of just under three-quarters of an inch and less than a half-inch.

Correction: A previous version of the story stated the thickness of the pipelines’ walls decreased from the dents, with the first dent being two-hundredths of an inch from rupturing. The dents did not decrease the wall thickness; they only pushed the walls in.