When Sen. Joe Manchin announced that he would oppose the For the People Act, Steve Benen of MSNBC spoke for many Democrats when he declared that “Joe Manchin is prepared to be remembered by history as the senator who did little more than hope as his country’s democracy unraveled.”

One can share Democrats’ alarm about the state of our democracy without concluding that the For the People Act was the answer. In fact, none other than the New York Times editorial board argued that the bill is poorly tailored:

Democrats in Congress have crafted an election bill, H.R. 1, that is poorly matched to the moment. The legislation attempts to accomplish more than is currently feasible, while failing to address some of the clearest threats to democracy, especially the prospect that state officials will seek to overturn the will of voters.

H.R. 1 is a mashup of sound ideas (requiring a paper record of each vote) with outdated and arguably unconstitutional measures—banning so-called “dark money” at a time when small dollar donations are more important; and limiting speech, which the ACLU, among others, opposes.

Some are now saying the Democrats should turn to the John Lewis Act as a response to Republican efforts to curtail voting rights in the states. But the Lewis Act is off point too.

Look, Republican efforts to limit early and absentee voting are destructive because they ratify the Big Lie that the 2020 election was stolen. Every law that limits voting access is a message to voters saying, “This is necessary because the Democrats cheated.” So these laws deserve the strongest condemnation, and Democrats would be justified in running ads reminding voters that Republicans were acting in bad faith. 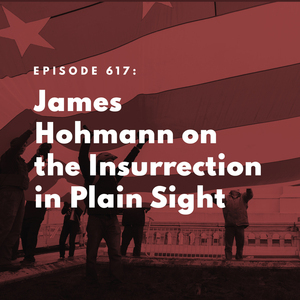 James Hohmann on the Insurrection in Plain Sight

On today’s Bulwark Podcast, James Hohmann joins Charlie Sykes to discuss his article on how the insurrection was hiding …

But not all of the measures in these laws are objectionable. Requiring an ID strikes many people as simple common sense. An Economist/YouGov poll in April found that 64 percent of Americans agreed with the statement: “Photo ID should be required to vote in person.” Among African Americans, 60 percent agreed. Democrats should not die on this hill.

Moreover, the far more pressing emergency is the Republican party’s loosening attachment to democratic procedures and to truth itself. As we saw in the aftermath of 2020, 147 Republican office holders were willing to decertify the Electoral College count. A few brave local Republican officials resisted tremendous pressure to alter or misreport the results of elections in their states. They demonstrated integrity. For their trouble, instead of being lauded and celebrated as heroes of democracy, they have been censured by GOP committees across the country as the legend of the Big Lie has seized the minds of rank-and-file Republicans.

The Republican party is barreling toward disregarding the actual vote count in a presidential contest. The John Lewis Act does not address this. It would permit the Justice Department to police voting rules that disproportionately affect minority voters in some states, but it is miles away from dealing with a problem like refusing to certify the Electoral College results.

There is something Democrats can do at the federal level to respond to the threat: They can amend the Electoral Count Act of 1887. Republicans would be unlikely to filibuster this law, so Democrats can pass it with a simple majority vote. No need to tangle with Manchin and Sen. Krysten Sinema over the filibuster.

This law, blissfully ignored for most of its history with the exception of a couple of law review articles, was passed following the contentious Hayes/Tilden election in 1876—a contest that was so close it threatened to tear the country apart just 11 years after Appomattox. The law is, by many accounts, a “morass of ambiguity.” That’s too kind. Here is a sample of the brilliant draftsmanship:

Unless I missed a period somewhere, that is one sentence. Laws should not be written to obscure but to clarify.

The law directs governors to certify their states’ results and the slate of electors chosen by the voters. But it also specifies that in a case of a “failed election” (not defined), in which the voters have not made a choice, the state legislature can step in to appoint electors.

As the votes were being counted in 2020, Republican influencers like radio host Mark Levin were suggesting that state legislatures had a “constitutional duty” to reverse the will of the voters and name their own slate of Trump electors. Florida Gov. Ron DeSantis urged Republicans in Pennsylvania and Michigan, both of which have majority Republican legislatures, to phone their representatives so that they could “provide remedies.” When Sen. Lindsey Graham was asked by Sean Hannity about possibly invalidating votes, he said, “Everything should be on the table.”

The Electoral Count Act decrees that if one representative and one senator object, in writing, to the counting of any state’s electoral votes, the bodies must adjourn to their chambers to debate the matter. Here is a video of Vice President Biden, sitting as president of the Senate, rejecting objections to the Electoral College count precisely because the House members did not have a Senate co-signer.

As Ed Kilgore has recommended, congress should amend the Electoral Count Act to clarify that only electoral votes certified by individual states will be counted and that the vice-president’s role is purely ceremonial. Further, the threshold for objections to state electoral vote counts should be much higher than two.

I would add that a supermajority should be required to decertify any state’s electoral votes, not just a simple majority as the law now permits. Additionally, the law should be amended to eliminate the “failed election” section that empowers legislatures to substitute their preference for that of the voters. There are armies of law professors who can provide relevant language and good ideas for other changes.

Forget H.R. 1. Forget campaign finance. Don’t perseverate on whether poll watchers can distribute water to voters waiting in line. It’s not the vote casting, but the vote counting that needs attention. Now.