Democrats Will Need More Than Resistance to Govern

And that means running candidates who do more than oppose Trump. 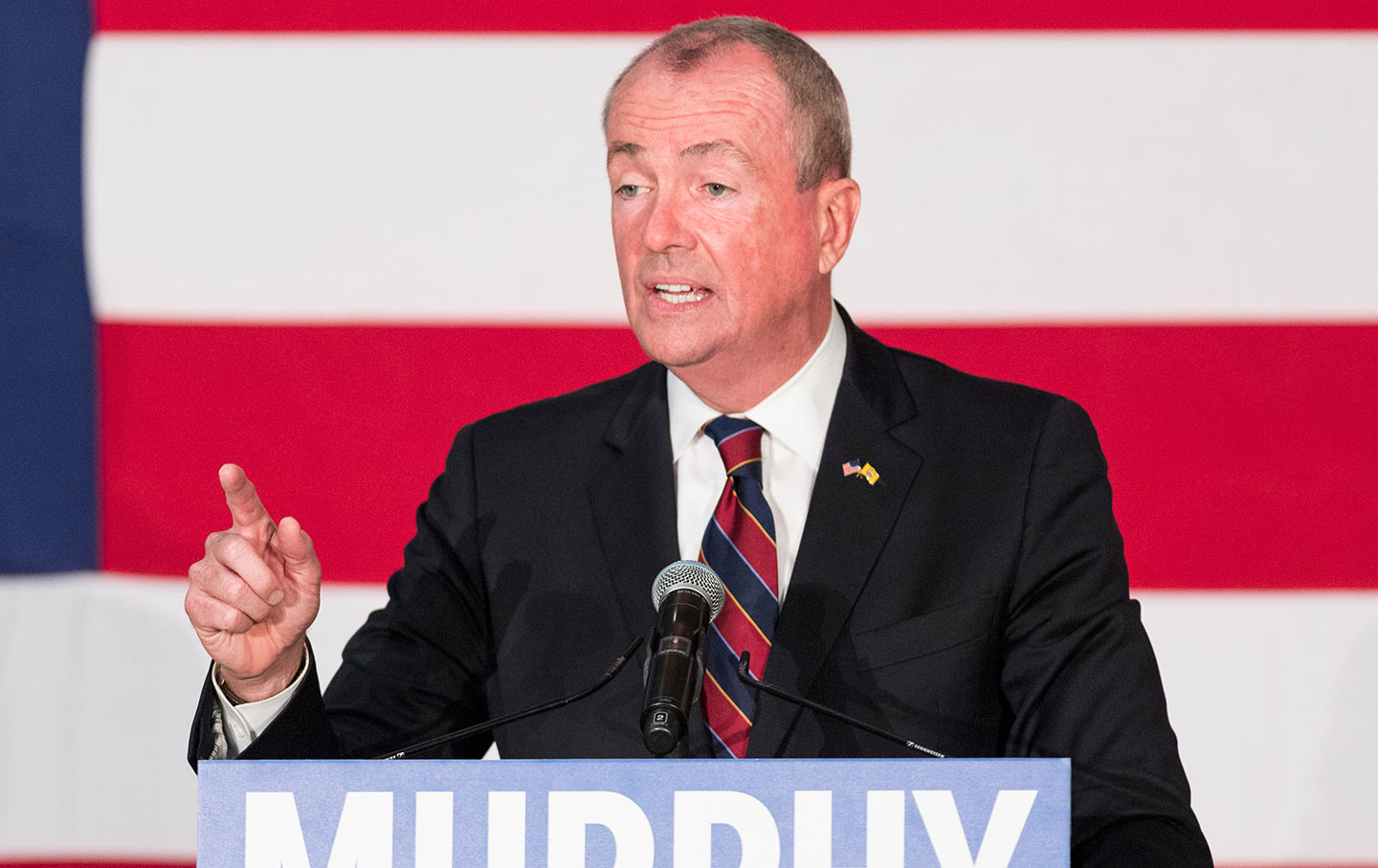 Sweeping victories in last Tuesday’s elections provided a bracing tonic for Democrats. “If case there was any doubt,” tweeted former Obama speechwriter Jon Favreau, “the Resistance is real.” Tuesday’s victories should buoy Democrats but not mislead them. The reaction to Trump is fierce, but not sufficient to consolidate a new ruling coalition that can make the changes we need.

Democrats won big down-ballot as well, capturing 15 seats in the House of Delegates and coming close to erasing the previous 32-seat Republican advantage in the state House completely. This represents the most sweeping shift in control of the state legislature since the Watergate era. Insurgents also won, including Democratic Socialist Lee Carter, who took out the Republican majority whip, and Danica Roem, the first transgender candidate to win a state legislative seat in the country.

Pollsters increasingly see the Republican majority in the House as endangered. Fury at Trump has mobilized Democratic and independent voters. The absence of Trump on the ticket may depress Republican turnout. The Republican Congress is even less popular than Trump.

In some ways, the more interesting race occurred in New Jersey, where the Democratic gubernatorial candidate, Philip Murphy, an irrepressible happy warrior, also won big as expected. Murphy is yet another former Goldman Sachs banker, but sought to rise above it. (Twenty-nine percent of voters said his Goldman Sachs background made them feel worse about him; only 8 percent said it made them feel better, and they were probably Republicans.)Murphy presented himself as a progressive champion. He endorsed a $15 minimum wage, the creation of a public bank, and investment in infrastructure. He called for legalization of pot, embraced unions, and supported making New Jersey a sanctuary state.

Exit polls showed that Murphy, unlike Northam, won the male vote, losing white men by only 50-46 percent. Unlike Northam, he won a majority of those without college degrees. Like Northam, he had overwhelming majority among people of color, women and the young.

Murphy’s more progressive message was vital to his victory in the primaries and certainly didn’t hurt him in the general. New Jersey is bluer than Virginia, although not as diverse. Its voters were disgusted with departing Governor Chris Christie, and corruption was the biggest concern of voters. Fifty-four percent of New Jersey voters strongly disliked Trump and voted for Murphy 88-10. Thirty percent were from union households, and voted Murphy 64-35, accounting for much of his better showing among the non-college-educated.

Despite those results in New Jersey, there is a danger that Democrats ultimately will see hostility to Trump as the simple solution to their woes. Democrats, concluded Jonathan Chait, “don’t need to take a radical left-wing stance to oppose the GOP agenda. They can defend the prerogatives of fairly affluent voters who are still getting hurt at the expense of the super-rich. It is a very favorable position.” Or as Lee Drutman put it in The New York Times, reflecting the view of the party’s professionals, “the key to Democrats’ fortunes in 2018 and 2020 will be to execute on the fundamentals—pick quality candidates who don’t mess up, make sure to get voters to the polls, and take advantage of President Trump’s low approval numbers and the inevitable turn against Republicans. Ride the wave. Don’t get too fancy.”

That dramatically underestimates the task before Democrats. Democrats won in Virginia, New Jersey, Washington State, and Maine, but so did Hillary Clinton. Northam essentially followed the Hillary Clinton strategy in Virginia, building a majority grounded on the middle-class suburbs, the college-educated, women, people of color, and the young. That strategy worked for Clinton in Virginia and New Jersey in 2016, and Trump’s serial outrages fueled a fury that made it even more powerful in 2017.

Northam ran better than Clinton in almost every demographic and every region, but still lost Trump counties big-time. Northam’s call for civility and for working together didn’t succeed in appealing to white working people, particularly in rural areas. It succeeded overall in Virginia, a remarkably diverse and relatively affluent state. Exit polls reported that 33 percent of the electorate were people of color (who voted 80-19 for Northam). Fifty-eight percent were college educated, voting 60-39 Northam, while those without a college degree went 52-46 for Gillespie. Northam lost the white vote, particularly white men by 63-36. He lost whites without a college degree by a stunning 72 to 26.

With the architects of Democratic failure still in control of the party’s apparatus—the DNC, the party committees, the consultants, and contractors all remain pretty much the same—resistance is a tempting default position. It’s possible, as Ron Brownstein has suggested, that the furious reaction to Trump and the failed Republican Congress will suffice to let Democrats take back the House.

But resistance alone won’t suffice to consolidate a governing majority, much less provide a mandate for the reforms this country desperately needs. That coalition can only be built if Democrats work to enlist working people across lines of race, reflect their anger at an economy rigged against them, challenge business as usual, and build an agenda for real change. A recent in-depth study of the 2016 results found that 45 percent of the electorate were whites without a college degree. Democrats can’t write off that vote and hope to build governing majorities. The challenge, as David Leonhardt aptly phrased it, is that Democrats have to “get the white working class to focus on the working-class part of their identity rather than the white part.” And that won’t happen without a populist economic message and an agenda with real bite.

The fight about the party’s direction that began in the wake of defeat won’t end in the wake of Tuesday’s victories. Insurgent candidates—supported by organizations like Our Revolution, the Working Families Party, People’s Action, Democrats for America, and others—enjoyed remarkable success in down-ballot races on Tuesday. Centrist Democrats—like California Senator Dianne Feinstein and West Virginia Senator Joe Manchin—already face primary challenges from the left. The party pros will decry the internal divisions, but the fact that grassroots activists are putting energy into electoral politics as well as protest movements, and are operating inside the party rather than outside in third parties, may well be the best hope for the Democratic Party’s renewal.

Support Progressive Journalism. If you like this article, please give today to help fund The Nation’s work. Get unlimited access to The Nation for as little as 37 cents a week!   Subscribe

Robert L. Borosage is a leading progressive writer and activist.