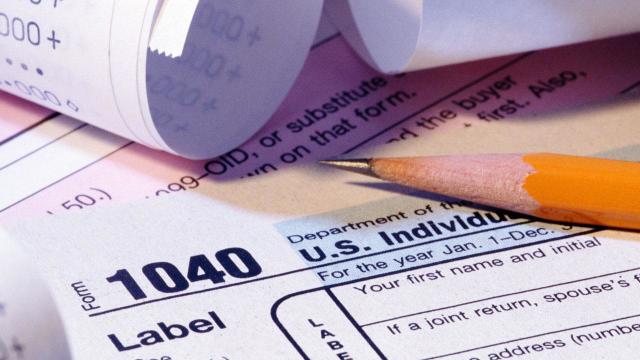 House Republican leaders are selling their one-sided tax reform to middle America on the promise that once their plan becomes law, companies will pay less in taxes and generate higher profits—and therefore raise the wages of their employees. It’s then, they tell us, that the working class will get their share of the pie.

The effective corporate tax rate—what companies actually pay—is the lowest it’s been since 1950, and corporate profits are among the highest in recorded history. Corporations today are sitting on a staggering $1.84 trillion in cash. Meanwhile wages have been stagnant since 1964, while CEO salaries have increased 997% since 1978.

If the Republicans’ logic on higher corporate profits driving higher wages was correct, the record corporate profits we’ve been seeing over the past several years would already be driving big wage increases. That’s not happening.

In 30 years of spending time in boardrooms, I’ve never heard a CEO say they’re raising the wages of their front-line workers because the company had a good year. It doesn’t work that way. When profits are rising, the CEO will first ask the board to raise their own salary. And if there’s anything left over, they pay dividends to their shareholders.

The working people of America are once again being told that the political elite have the levers of the U.S. economy figured out. But all they’ve really figured out is how to funnel more money to themselves and their allies.

All of this just exacerbates income inequality, which is bad for everyone. The current tax bill does nothing, for example, to close the carried interest loophole, which President Donald Trump once said was like “getting away with murder.” The estate tax reductions in the tax plan are solely for the top 2% of all taxpayers. And everyone making more than $500,000 is getting a significant marginal tax rate reduction.

Last week, the House leadership revealed a 429-page tax bill, and asked members to vote on it before Thanksgiving—13 business days later—because to them, passing a careless plan is better than passing no plan at all. They also know that the longer Americans have to review and understand this plan, the worse it looks. We have a partisan Congress so embarrassed by its lack of achievement that it’s willing to pass a bad tax bill and lie to the middle class about what it will accomplish just so Republicans can avoid another legislative failure.

Tax policy should not be about partisan wins. This affects real people—people who recycle tires and spray for mosquitoes, who sit on tractors instead of riding in limousines.

If Washington insiders truly want to reform the 74,608 pages of the tax code in favor of the middle class, they should pay America a visit. We’d be more than happy to show them around.

David Dodson is a lecturer in management at the Stanford School of Business.